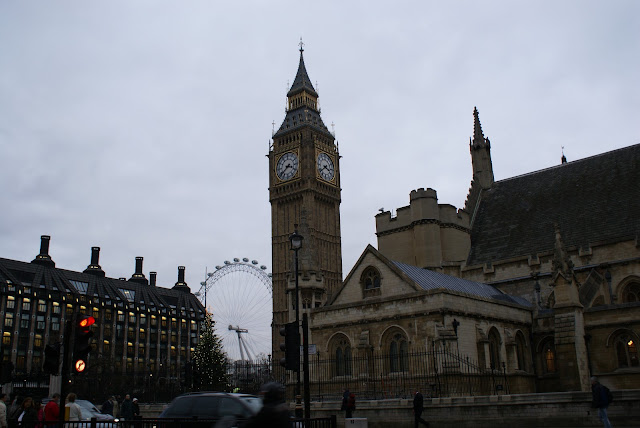 The conclusion of the third day of London is long overdue, and the trip to central Germany hasn't even been addressed- so here it goes:

Read more »
Posted by Unknown at 10:35 No comments: Links to this post 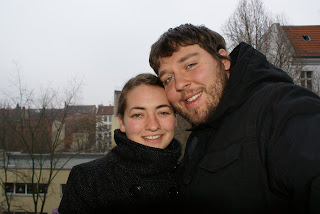 A very merry Christmas to everyone! Cooledge arived safely from Seattle yesterday. We tore up the town visiting Christkindlemarkts, Farmer's Markets, doner stands, and Salamas (our favorite place to watch American football). Today we are attempting traditional German fare from Goose with apple stuffing, Knodel, Rotkohl. Tommorow brings Schnitzel, German Potato Salad, and Kaisershamm. Betty and Greg are also arriving today to kick off this holiday with some real merryment. This picture marks our third month and Europe and the first time we can really say we are living and working in Europe. Merry Christmas and Happy Holidays to all- we miss you.
Posted by Unknown at 10:17 2 comments: Links to this post 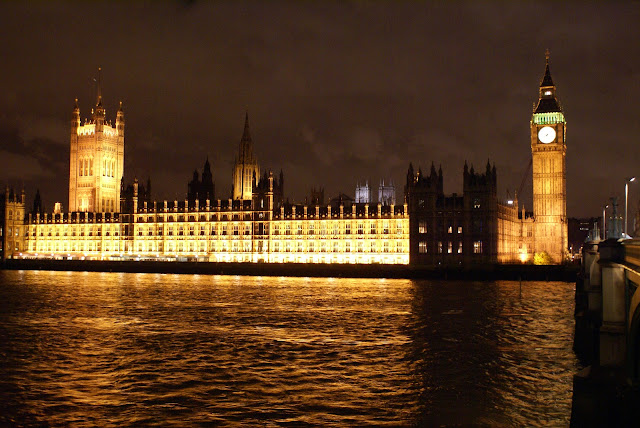 Well, well, well... despite my fears of being flown into the House of Parliment in a terrorist attack, we've made it back safely to good ol' Berlin. I must admit, it's nice to get back to Berlin's grittiness. As far as our trip, we saw so much; therefore, we shall tell you of our adventures in London by the day.

We woke up bright and early Tuesday morning in Berlin, after a night of heavy cleaning (and a weekend of heavy drinking)... Our apartment mistress was coming back to reclaim her land for a few days, so we wanted to make it quite smashing for her (notice the English flair). We awoke in the early morning dawn and made our trek to Schönefeld Airport, where our RyanAir flight would soon be departing. We boarded the plane without any cavity searches (much to my disappointment) and were on our way to jolly ol' London Town!

After only and hour and twenty minutes, we landed at Stanstead Airport. After a brief inquisition into our reasons for visiting Britain, we were allowed to enter the country and boarded the Stanstead Express to London. Ebe kept looking for Platform Nine and Three Quarters, but I insisted we not spend one of our days at Hogwarts being made fun of for being muggels. Anyway, back to reality. The train ride into Liverpool Station lasted around 45 minutes, and we got to hear the lovely accents of the British people. It was weird not hearing German and took our ears a while to get acclimated to hearing English again... especially such silly English as what the Brits speak! Liverpool Station was beautiful, and Ebe and I were awestruck as we left the station and stepped into London's financial district. Buildings with old world charm stood next to shimmering sky scrapers; one of which was shaped like a huge pin cone! We decided on our way to the station that we would take a walking tour and try to see all of the big sites on our way to our hostel.

After leaving the financial district, we promptly entered the City of London. Back in the day this was London, which was surrounded by many other towns and villages (such as Westminister, Bloomsbury, and Southwark), which have today become part of London. The sidewalks were much smaller than any other city we've been in thus far, and the city itself much denser. We zig-zagged our way through the center and saw St. Paul's Cathedral rising in front of us. It was quite a site to behold. Thanks to some handy plaques, we learned that St. Paul's has the second highest free standing dome in the world, outside of the Vatican! Pretty impressive eh? We continued on our way to Covent Garden, which is a little "old" world shopping center. We were a little bummed to see that there wasn't a Christmas Market as we had expected, but it was still fun to see musicians playing the classics such as Handel and Mozart. We wandered around for a while, but it wasn't really quite our thing, plus we had to get to Piccadilly Circus to pick up our London Passes before the tourist office closed.

The closer we got to Piccadilly Circus, the more touristy the area became. On every corner were souvenir stands and McD's, with even a few Starbucks scattered here and there. The square itself at Piccadilly's is kind of comparable to Times Square in New York we've heard, so try to imagine that with a little English flair and not the huge skyscrapers. We picked up our London Passes, went to a British supermarket named Temco, and proceeded to a little park named St. James's Square, where we had a tasty sandwich with cheddar cheese (finally some cheddar) and ham. After looking at the map, we realized we weren't too far from Buckingham Palace, so we decided to drop in on the old broad. After walking up to the gate, we realized we couldn't just walk in and say hello, as there were soldiers standing guard outside the gate... along with some policemen with badass guns. Now you may be thinking that the guards here are the ones you always see on TV and in the movies, who are wearing red uniforms with the huge black hats that make them look like a giant's q-tip, but unfortunately they were dressed in more "present day" garb. After watching them "walk up and down the square," we told the Queen bye bye and headed to Westminister Abbey and the Houses of Parliment.

We walked through St. James's Park on the way there, and saw some cool things: some boxers sparing one another, crazy squirrels, and geese that were more curious than George! Westminister Abbey was quite a site to behold, but just beyond it stood Big Ben, which I think took a little bit away from the Abbey's splendor. Big Ben is part of a huge building of the Houses of Parliment. It's a grandiose building with beautiful architecture. Probably my favorite site in the city. It was really neat being next to Big Ben thinking that years ago Peter Pan flew by with the Darling children on their way to Never Neverland. Needless to say, we took a few pictures and headed over the Thames toward our hostel in Kennington.

After many wrong turns, and seeing a little street fight, we finally made it to our hostel. We caught our breath, put our junk away, and headed out to an English pub for some tasty British ales. We found a neat little local place not too far from our hostel and grabbed a pint. We sat down next to a charming man with a lovely mullet and continued to watch soccer with the patrons of the bar. After many "bloody hells" and "fuck offs" yelled at the TV screens, Mr. Sandman was coming to collect his dues. We said "cheerio" to this lovely crew and headed back to the hostel to catch some much needed Z's.

Coming up... Will Ebe and Ian get lost in the maze of the Tube? Or will they get caught up in a good ol' English hooligan soccer riot?  Maybe they'll even unfoil the plot of the British dental epidemic...