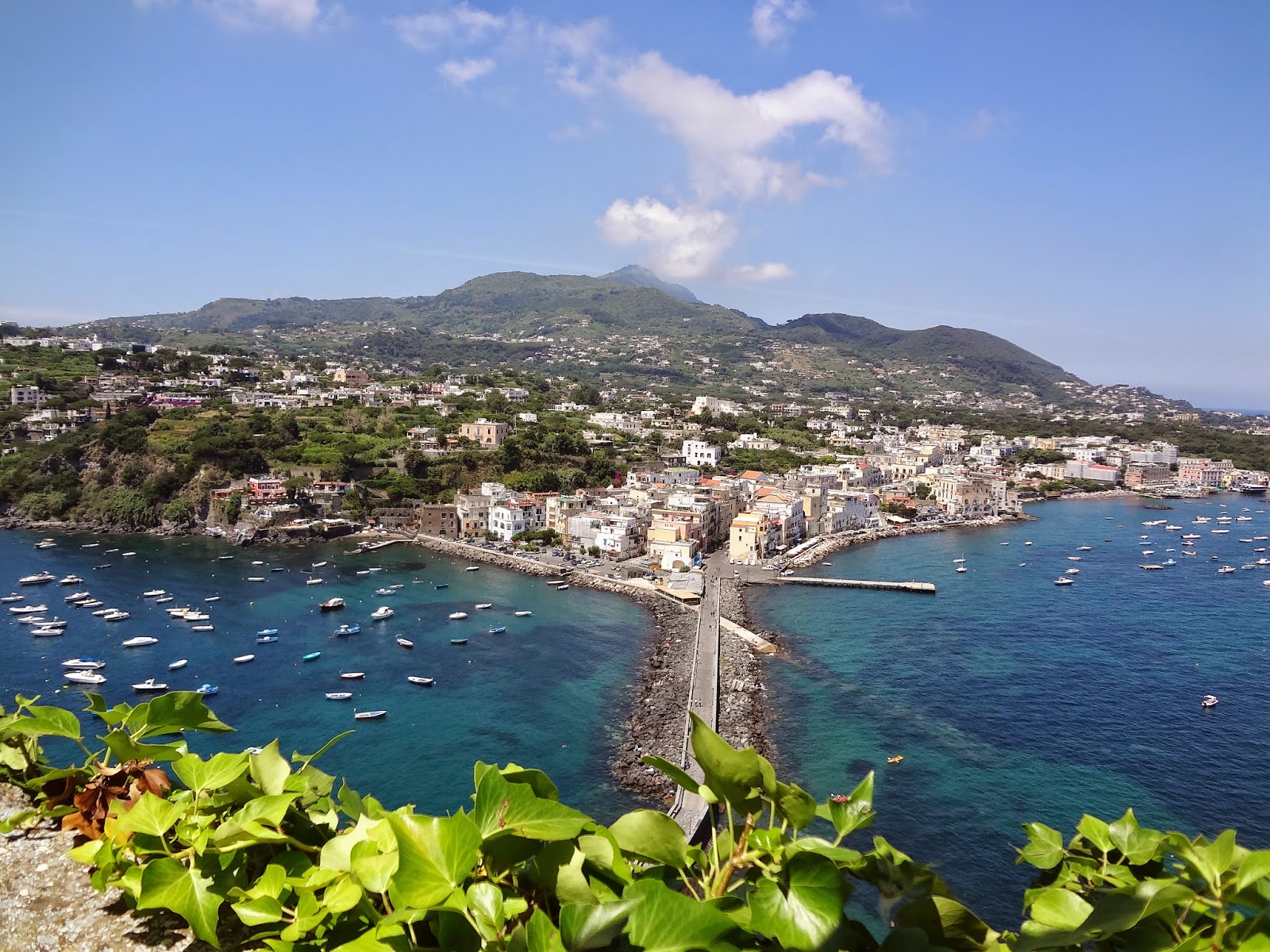 In early June, we realized Ian had some vacation days and sometime - sometime soon - I was going to be far too big and uncomfortable to travel. Thus, our usual brand of spontaneous/half-planned travel was born. But where?

There are few place we won't go. Bucharest in August? Why not. Copenhagen just for a day to pick up a parent? Or course. Idaho? Let's do it!

But given our poor trip planning, flights to just about anywhere were more then we hoped to pay. So I got creative. Thought outside the box. I looked at packages. Rarely the best deal for us bargain-basement globetrotters, I found that easyjet delivers some pretty enticing cheapo deals. I found one such combo (just over 400 euro for a flights & hotel for 2 for 4 nights) to the island of Ischia, Italy. After we fell in love with the area during a trip to Naples and the island of Procida two years earlier - we couldn't resist going back.