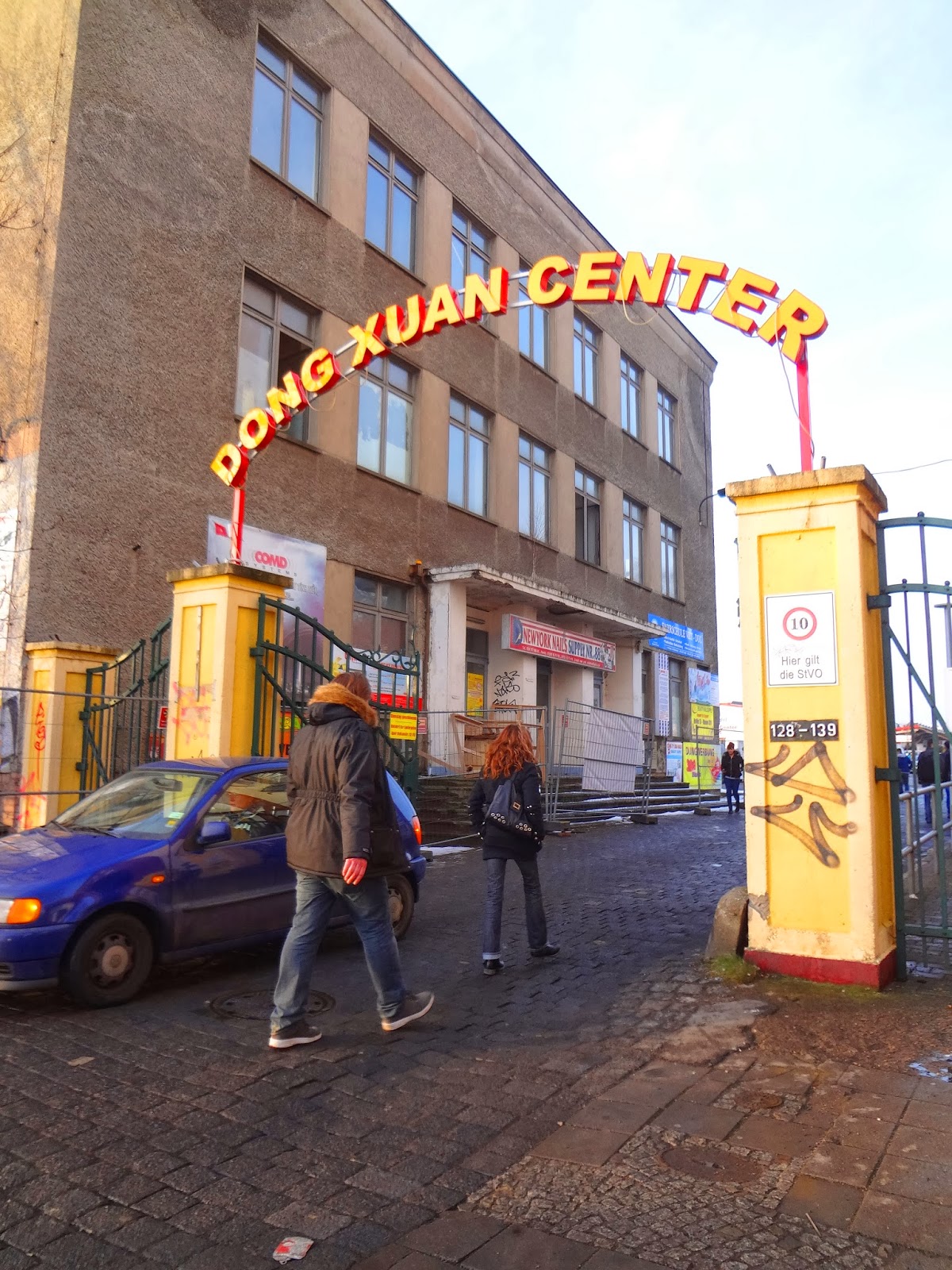 The internet had promised us that this compound of warehouses would fulfill all of our Asian food needs on the cheap. As Seattleites, we are used to a high level of Thai and Vietnamese food and Germany's attempts (although infinitely better than when we arrived in 2007) are generally disappointing. We hoped the (fun-to-say) Dong Xuan Center would offer us the tools, ingredients and cheap eats we were looking for.

We stepped off the bus with really no idea what we were getting into. As we approached the gates, I realized we were in for something so much weirder than a shopping trip.

Located just past Friedrichshain in Lichtenberg, you enter beneath the red and yellow sign beside the Hitler-mustached advertisement. Passing through a large parking lot, several massive metal hangars lie in front of you.You enter through strips of hard plastic sheeting and find a colorful world of fake flowers, nail salons, hair salons (filled with older German gentleman when we were there), clothing stores with nary a natural fiber and -finally- some markets.

As we were there for the food, we bee-lined to the markets and marveled at the massive bags of spices and noodles, fruits we'd never seen before, live carp and even our much-missed black beans. 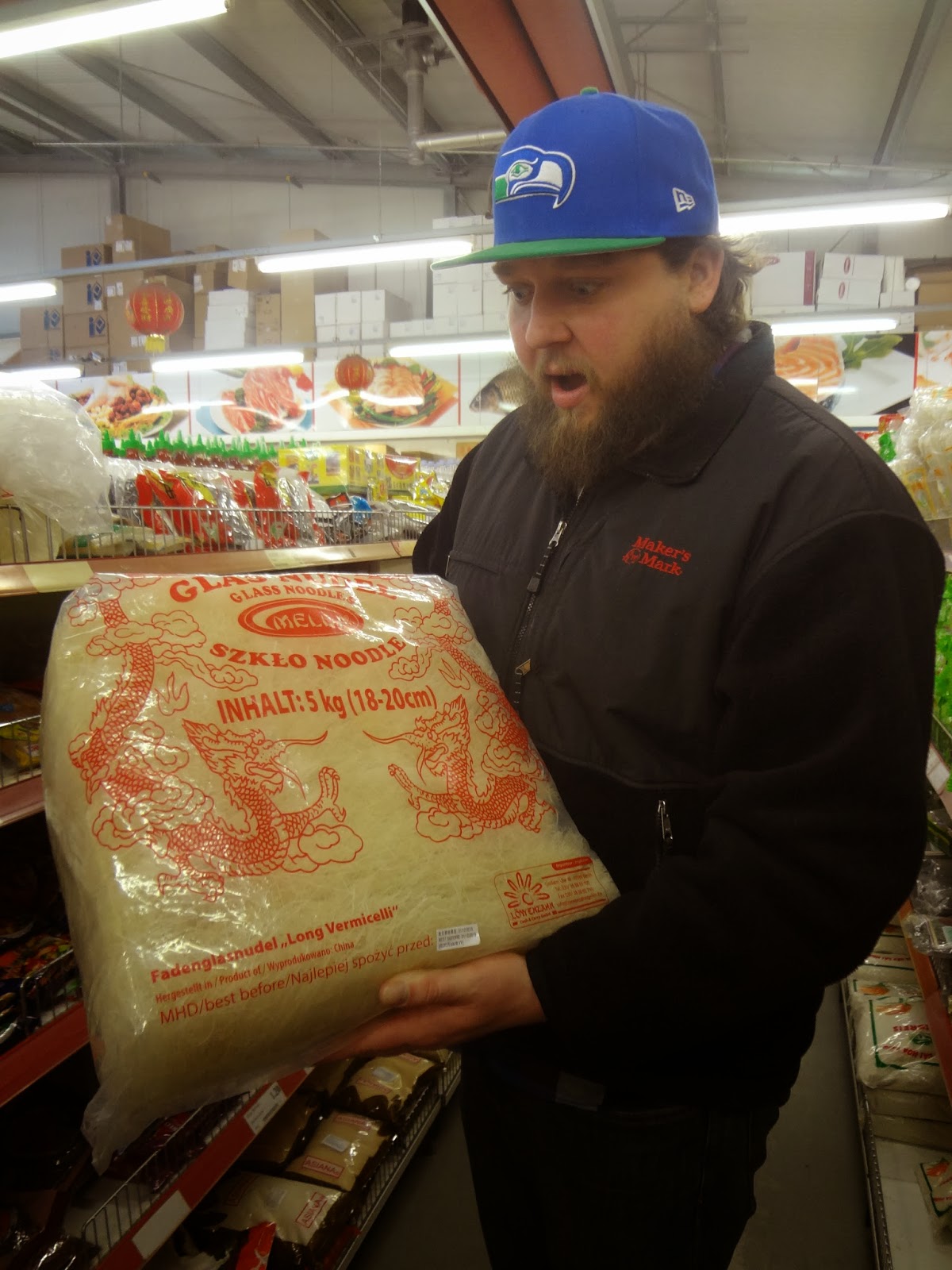 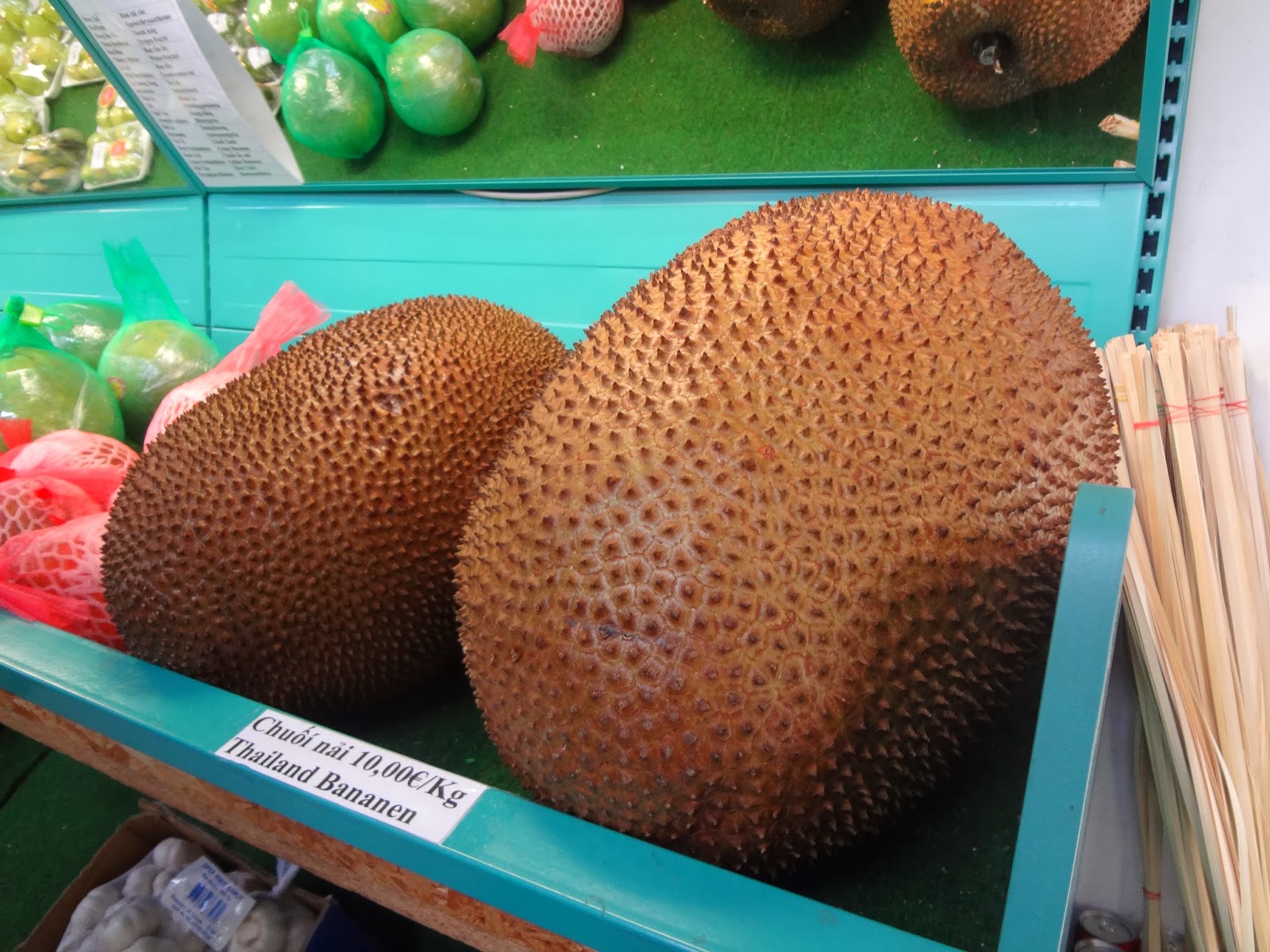 Though impressive, I was surprised that the prices for things that we can commonly find in Berlin like Sriracha were higher than usual. While the options are plentiful, the place isn't the haven of low prices we had been promised. Considering its popularity with foreigners like us, maybe we've ruined it like so many things in the city.

What was more of a highlight were the shrines in the shops and insane clothing and knick-knacks. We simply gazed in wonder as we wandered through the stores. 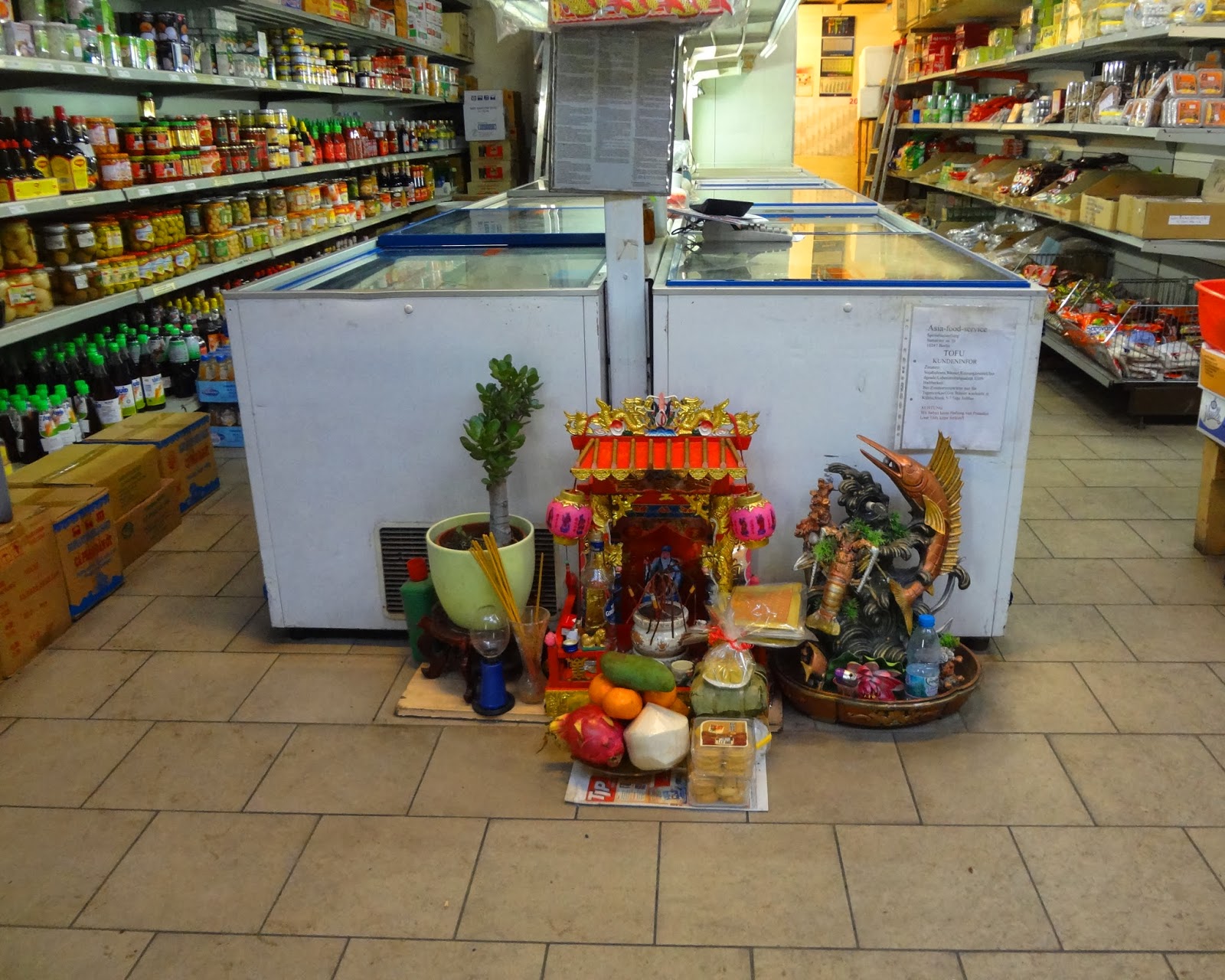 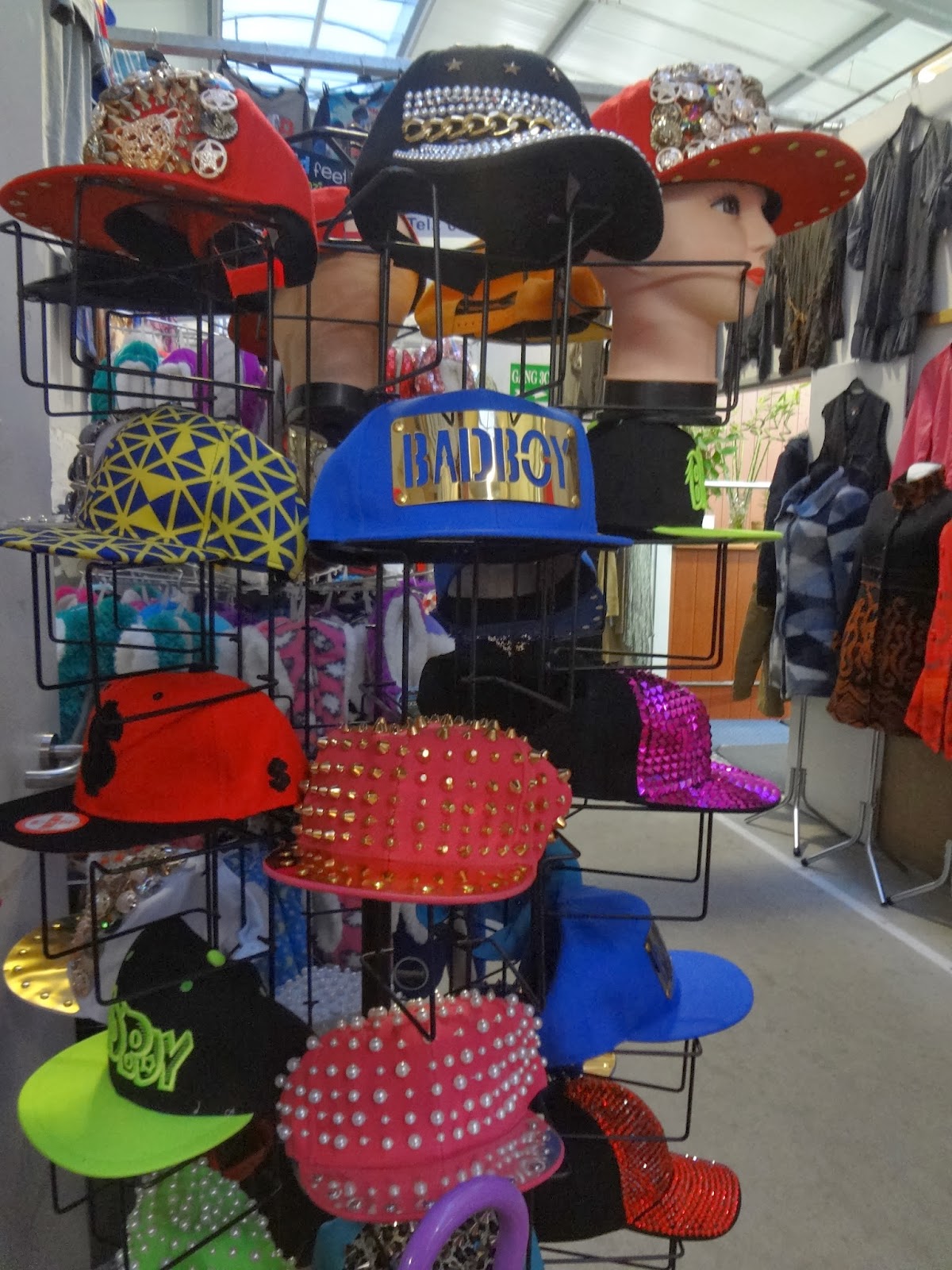 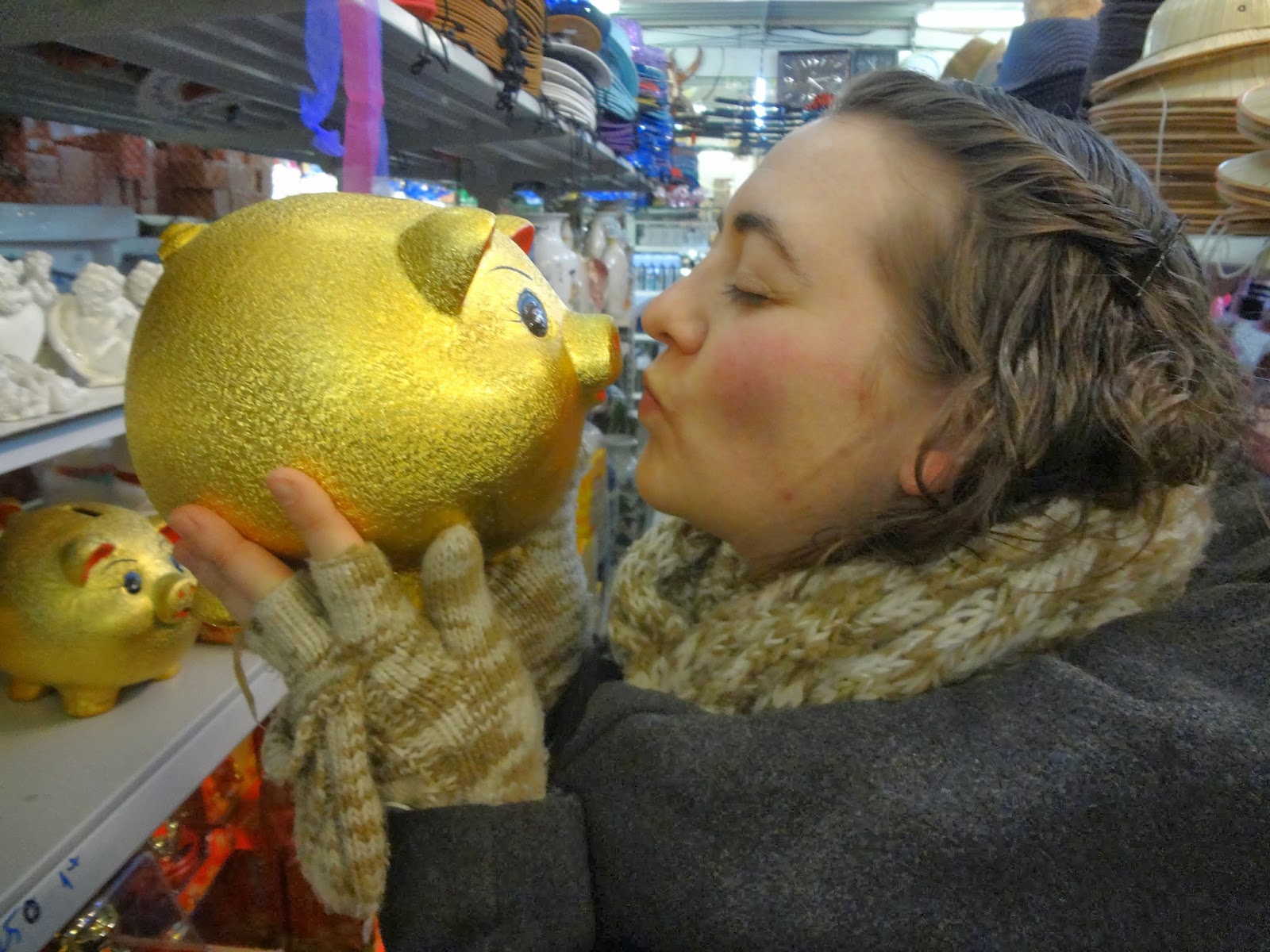 A meal of pho after a day of shopping was also only partially satisfying. An over-sized bowl was only 6 euros and had a few tasty add-ins, but even-worse-than-usual service and an odd beef didn't do it for me. We also saw one of the giant carps get straight-up murdered and diced before our eyes which may have also played a part in subduing my appetite. Fascinating and horrifying.

Want more? As with most things in Berlin, others have been here and beautifully documented before:

More pictures of the Dong Xuan Center
Post by Back to Berlin and Beyond.