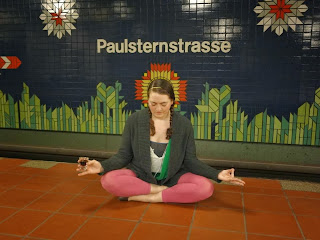 Have you seen the posts about "Things I'm Thankful For" & "29 things to do before I'm 30"? So sappy and sentimental amirite? Yeah, well....it's Thanksgiving and almost my birthday - I'm doing it. Basically, it's my blog and I can write what I want to.


22 Experiences I am Thankful For

Learning to Love in the Land of Whiskey, Whisky & Bourbon


When a friend asked if we wanted to join a private tasting of bourbons and whiskeys at a shop in Berlin, there was only one right answer:

As frequent drinkers of the cheap stuff, whatever that may be, I am not all that familiar with anything as tasty as whiskeys and bourbon. Despite my sketchy knowledge, we looked forward to a night of fine drinking. Six of us arranged to meet at the shop in Steglitz and drink to our hearts content. What we got was so much more. From 7:30 to about 11 we were inundated with fascinating facts about whiskey, whisky & Bourbon.

I could Never Run the Berlin Marathon 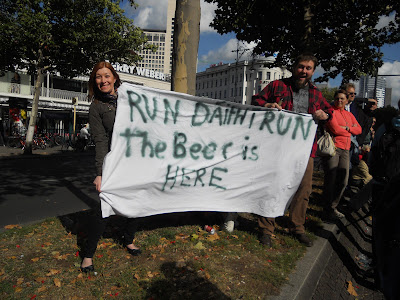 Today was supposed to be the running of the New York Marathon. The last of the 5 big races making up the World Marathon Majors series,  it is also one of the largest in the world with usually over 40,000 finishers. But then a little storm called Hurricane Sandy (aka Frankenstorm) rolled in as the largest Atlantic hurricane on record with winds spanning 1,100 miles (1,800 km) and early calculations of a minimum of $20 to $25 billion dollars in damage. Not a good time for a run.

Luckily, this was not the case a few weeks ago when we went to cheer on our Irish friend in the Berlin Marathon. Dave & Ger had made their home in Neukölln for several years before repatriating back to Ireland. After a year away, they were back for the weekend to re-connect with the city and friends like us. It was bitter-sweet to see them back in the city we all love. It's not quite a vacation going back to a place you once called home, and in such a fast paced city that is constantly changing, they were at once familiar and estranged. This is just part of the pain of expat life, your friends may periodically leave (but if they're like us - maybe they'll come back).