Less Than 48 Hours in Manchester 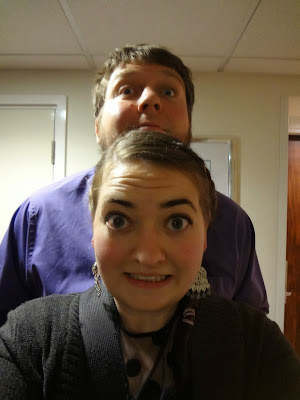 When we made plans to visit Manchester, our friends told us we didn't need much time to for the city.

Good thing as we only had 48 hours and most of our time was going to be absorbed by the wedding and meeting with friends. Despite their naysaying, we had plenty to do in our limited time and fell a bit in love with this workmanlike Northern metropolis.

Whether you have 24 hours, 48 hours or even want to spend a little longer in this industrial city (gasp!) - here are a few of our favorite things to do in Manchester, the "Original Modern City".


Though my first trip was in late September for the big event, Ian's first visit occurred earlier that month. He had been invited to the bachelor party (or a "stag do" as the English call it) and I was thrilled he even made it home. During his absence, I distracted myself with a glorious weekend in Switzerland, but the bride and I couldn't help nervously checking in with each other whenever we were alerted that the guys were still alive.

Luckily, not only did they survive - they actually made a good dent of sightseeing in Manchester. The groom, a native, was the perfect guide and with their help we discovered many of the main attractions for a stag party or just visiting the city.

The centerpiece of the Stag party was a Cricket Match at historic Old Trafford. Best known as the home of Manchester United, they watched a special one day match between England and Australia.

Though England lost the match, the guys won with many, many rounds of beer and a beer snake. Yes, a beer snake. Whether you are here for cricket, socc- I mean football, or just a tour - the stadium is a must-see.

English food gets a bad rap, but eating is a highlight of any trip we make. When vising the UK we eagerly anticipate fish and chips, pies, curries, ales and even mushy peas.


Again the Engs downplayed their city, saying it wasn't the most spectacularly beautiful. Obviously they are unfamiliar with the vast wasteland of American strip malls. As much as I love Seattle, I deplore how we tear down anything slightly run-down and build the same new corporate stores over and over.

Manchester has both the modern and the slightly ancient and I love the contrast.

As a bonus, some of EasyJet's cheapest rates from Berlin are often through Liverpool's airport which is just a 45 minute bus ride away (bus tickets can be purchased for about 12 pounds return at the airport). This offers the perfect opportunity to do a dual Liverpool/Manchester trip, as well as see the yellow submarine at the airport. Yes - really. 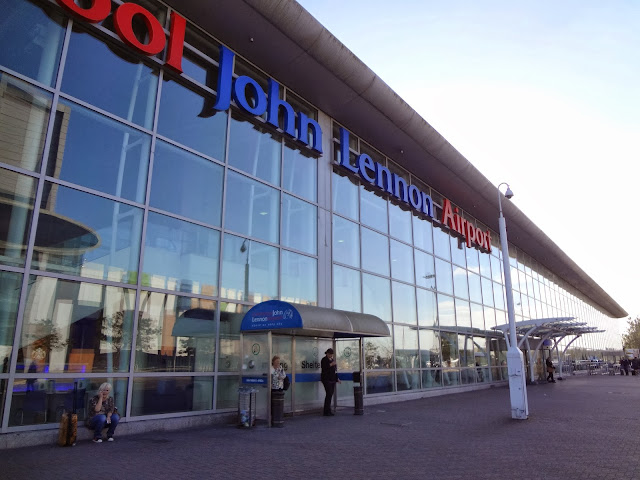 Our friends were wrong that we would only need a weekend in the city. We have plans to return for a few weeks next summer, and I just got back from a work trip in London. Apparently we can't get enough of the UK.


Have suggestions for our next UK trip? Which northern towns should we put on our list? What else do we need to see in Manchester?

We did it! We returned to Manchester and the North for 2 weeks in the summer of 2014 before baby makes its big debut. There will be an upcoming post on all the places we went (Edinburgh, York, Port Sunlight..) and what we loved about Manchester. For now, a video overview:

Manchester looks great, I have been wanting to visit for a while! Great post :)

@Sammy - Thanks! We had such a great time & can't wait to return. Go & tell us what you think

Nice hotels listening.. Thanks for sharing
Best curry in Manchester

Nice write up of your time in Manchester :) You even got two sunny days!
As for next time - Liverpool is nice for a wander around nowadays if you're going that way and you could also go a bit further north. First to Blackpool, an old seaside down (most people have love/hate relationship with Blackpool but I like it!) or go further north to the Lake District.

(btw Easyjet goes direct from Berlin to Manc too :) )

Glad you enjoyed Clare & thanks for the tips. We are excited about an extended trip to the north this summer and will definitely put these spots on the list. :)