Making the most of a Layover in Iceland

Well folks, we actually made it.  We just took our first dip into the Blue Lagoon, and let it be known, it is kick ass!!!  Hate to keep it short, but we're gonna take a quick power nap before heading to Reykjavik.  We'll be back shortly...

We flew to Iceland because their recession had IcelandAir offering unbelievable fares from the states to Europe with a free layover of up to 5 days. Plus - who doesn't want to go to Iceland? This was in 2010, so I am not sure what rates are now, but I would still recommend checking it out. Warning: (as seen below) this was flying discount and everything had a charge.

Driving in Iceland was bizarre. We arrived in the dark and timidly made our way around the narrow roads enclosed by violently jagged rocks. I don't know how you could walk across this terrain. We had chosen to rent because we were arriving very early, before the bus service started, and were excited to get started on our adventure. In addition, we had chosen to stay at the Blue Lagoon, and while there is bus service, we wanted to be able to make our plans about heading into town etc. Despite all the "Greenland is actually the land covered in ice", Iceland is flippin freezing in November. My hair froze to my face. Eyes teared and eyelashes stood on end. Fingers immediately lost feeling. I don't know how you would wait for a bus.


We had a big issue with our car rental. Everything worked out ok in the end, but I think many places may work a bit of a scam, claiming damage from the hostile conditions and then just collecting insurance money. Do your research (wish we had), and be careful out there folks!

Bæjarins Beztu Pylsur
A hot dog costs 320 krónas (or about €2) and condiments include ketchup, sweet mustard, fried onion, raw onion and remoulade, a mayonnaise-based sauce with sweet relish. Hot dogs are often ordered with "the works," i.e., all condiments, or in Icelandic "eina með öllu".

I had heard about a hotdog stand Bill Clinton ate at. Done! That's where I'm eating. We were famished by the time we got here (no meal on the transatlantic flight Seattle-Iceland, airport stores weren't open when we landed, hotel brunch woudl only be available to us the next day, no stores until we drove into town). So it may have been a little bit of that and a little bit of magic that made this THE BEST HOT DOG I'VE EVER EATEN. If you're in town - go and devour.

We also went to the grocery store, one of my favorite things to do in any country. Most noticeable - a distinct lack of  fresh fruits and vegetables. There were some, but pickings were meager. 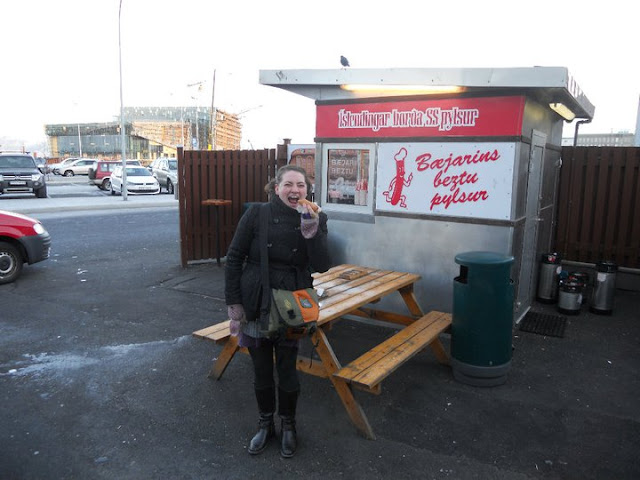 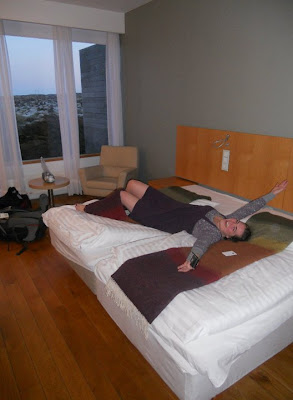 Blue Lagoon Hotel was the closest thing to a resort we had ever stayed in. All wood and glass, it felt like the spa it was connected to. We stayed for around 80 euros in the off-season of November. This seemed like a great deal for the 2 of us in a private room, with access to their private spa (seperate from the public Blue Lagoon), plus entrance fee to the main lagoon, with breakfast. Extremely tired, jetlagged, and starving, we checked into this luxurious space with a very friendly staff. Immediately we got in the spa and were blown away by the feel of warm mineral water and the sulphuric smell of egg farts. It was lovely.

There are other places to stay in town, and the Lagoon is outside of town (with bus options), but we were incredibly happy to kick our second time living in Europe off with a splash.

There are many spas in Iceland and Blue Lagoon is the most well known, and most touristy. We were in Iceland for just over 24 hours. Let's lagoon it, baby. (plus it was included in our stay)

The place is simply magic. It was wonderful to watch peoples faces as they exited the changing area and saw the lagoon for the first time. Child like wonderment at this alien landscape of jagged rocks surrounding the ethereal milky blue of the water. 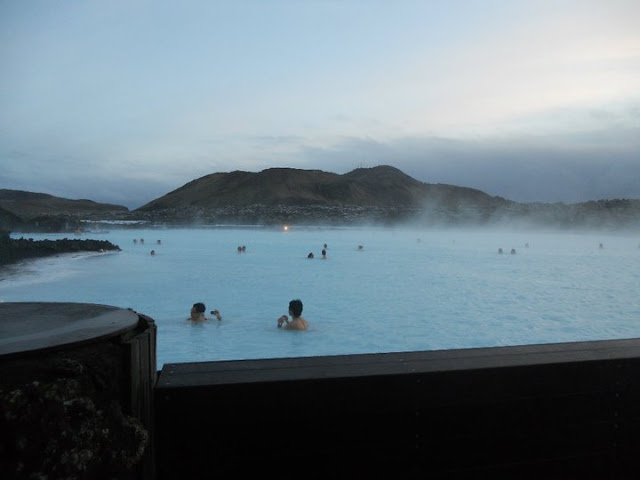 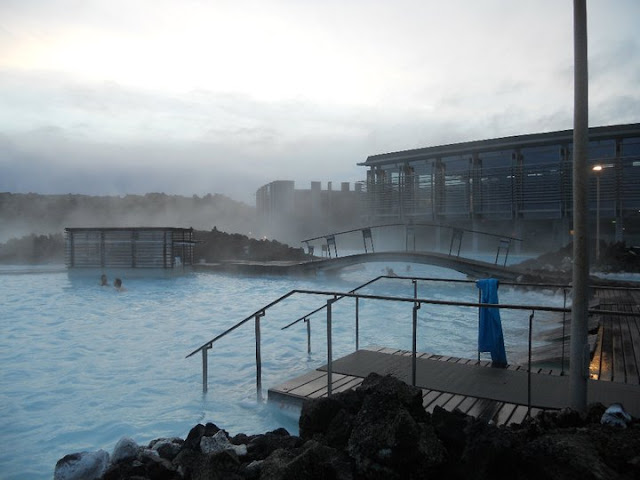 The whole drama with the car overshadowed how amazing this visit was for a while.  But since we narrowly escaped that crazy scam and time has allowed me to look back at these pics and videos in utter wonder, it is one of the places I am dying to go back to.