What is there to say about New York that hasn't been said before? We LOVED our 4 night detour in the city on our way home to Seattle. They say a picture says a thousand words, so in my typical unable to edit fashion.... 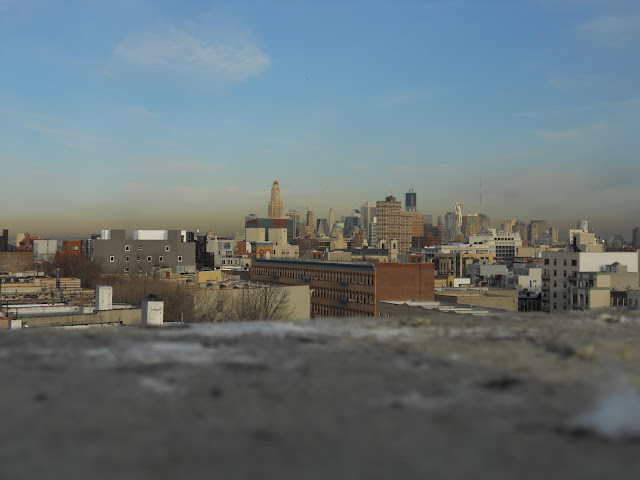 We've had a lot of success renting rooms/apartments from AirBnB & did so again in New York. The room we stayed in was in a 3-bedroom apartment in Brooklyn. The two guys were great, and the room was just as advertised - private, access to rooftop deck with view of Manhattan, wifi, etc.

What to do in New York City

As expected, the view from the Empire State Building was spectacular. This was my favorite picture of the trip up, looking at the shadow of the building.

However - the price is nuts for most of the big name attractions ($20+). On top of that, getting nickel & dimed for photos etc is ridiculous. But this was a must do for Ian & it was totally worth it for Mr. Mann.


For the uninitiated, Mood is the fabric store used on the TV show Project Runway. I never actually believed normal people (i.e. non-sewing) were allowed in here! On a whim, I looked it up and found that you could ride a magical elevator run by an actual operator to the 2 floor store in Manhattan. We were overwhelmed by the selection and our ignorance, but eventually picked out a few fabrics for my mum's growing quilt materials. Whew!

Ian's become a bit of a comedy nerd and going to a comedy club was up on his list. Our trip to the Comedy Cellar was beyond belief. The scheduled comedians blew our minds and THEN Chris Rock showed up testing out material for the Oscars. Trip Made.
Located on the northwest corner of 72nd Street and Central Park West in the Upper West Side, this beautiful building bordering the park is widely known as the home and site of the murder of musician John Lennon. Yoko Ono still lives in the home.


The Met is world famous, but we weren't sure if we were going to make it in with the $20 suggested donation. Not to say it's not worth it, this place has more than two million works. But looking for a bathroom we kinda wandered in. An art lover could live here and never get bored.

Our benefactors, the parents, were nice enough to send us to a Broadway show. We ended up at the  Gershwin Theatre seeing a performance of Wicked. I had read the books years ago  & as it's been on for years at this point, we thought it was a good bet. We thought right with insane levels of set display, beautiful singing and acting, and a jovial experience that had us chatting with the elderly Long Island family we sat next to and a Seattle group we bumped into.

(ProTip: If you are clueless like us, you can't necessarily just go to the hottest Broadway shows. Tickets to The Book of Mormon were available...for November.)


We were wandering past a tourist center and stopped to get a map. "What's this?" I asked. Plainly written on the side, there was info on visiting the memorial. "Do you want to go?" Yes, yes of course.

We got in on the next tour and walked through numerous security checks to the memorial. I had kinda lost track of what exactly the memorial was going to be. Thoughtful, somber, respectful...it was perfect. The names engraved around the largest man-made waterfalls in North America were definitely tear-jerking. I thought I had it under control until I saw a women's name listed with her unborn child. I'm glad we went.


Full post: An Accidental Visit to the 9/11 Memorial in NYC


This sandwich was dammmnnnn! expensive. And tasty. At $16.95 for one Rueben and a plate of pickles it best taste good.

(Pro Tip: Remember to pay about $1 for the taste they give you when you're ordering)


We took the free ride out to Staten Island and timed it for Sunset. DO THIS. No doubt - one of my favorite moments of the trip.I took just short of a billion pictures and I love each one. Plus - some of the cheapest beers in New York. We enjoyed some Coors while traveling amidst the commuters. Yeah, we're classy like that.

Loved this - and loved that you loved New York. Great photos, full of bits of your travels, allows me to feel that I'm there with you. Wicked stage does look cool. Loved the photo of the Empire State Building's shadow - very clever. Loved the photo of the Dakota where Lennon lived - always love the jump portraits. Thanx for sharing!!