Wanting to simply go anywhere, but lacking the important element of money, we stumbled on neighboring city Dresden. It's always been a bit embarrassing that we haven't gotten there, and what better time than now.

Dresden, capital of Saxony and home to many of it's princes and kings, is famous for its picture-perfect riverfront and majestic Old Town (Altstadt). Most public buildings have been impeccably rebuilt following the annihilation of the 1945 bombings. It is estimated that 75% of the historic center was destroyed during WWII and about 30,000 people died in the bombing.

A former city of Eastern Germany, it's unique geography once totally isolated it from the outside world, creating an unusually insular community. Today the city hosts around 10 million visitors a year and has a growing reputation as a must-see. What follows are observations form our visit. 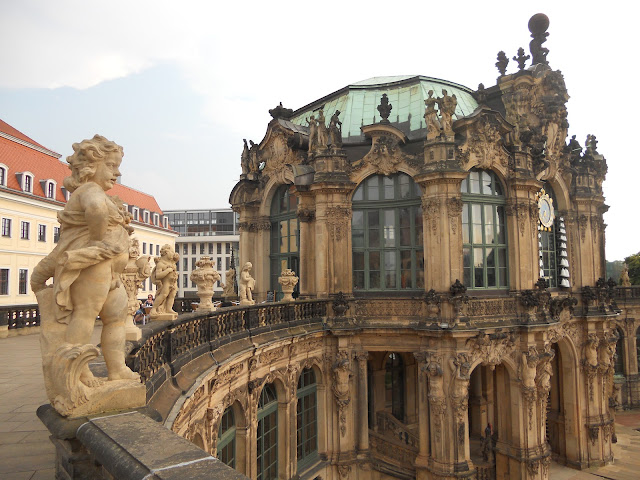 
Once again, we are rating our visit with our miscellaneous tips and uneven star system . We did not go everywhere, or do everything, and we claim no expertise. This is simply how it went down for us. And, as usual, we had a great time.

Ratings will be done in spiciness of the senf {mustard} (aka how awesome it is) .


3.5 senf -
Dresden is a very walkable city. The trams work perfectly within the city center. Unfortunately, they don't run very often, an when you are out of the city center wait times double. Dresden is best seen on bike.


3 senf-
As previously mentioned, we chose Dresden because of cheap train tickets. I love train travel, but we haven't traveled by it as often because train travel in Germany can be expensive. Luckily, we found a loophole. As great as Deutsche Bahn's site can be, it has a pesky tendency to not include prices. We considered using mitfahrgelegenheite (ride share) for the first time, and found that their site also includes train search with prices. Hello, hello! We found out leaving ridiculously early (6am) earned us the discount price of 30 euro tickets round trip. Sold!

The train was quick, whisking us to our destination within 2 hours. We emerged from the station, bleary eyed, at an already scorchingly hot 8am. We easily walked the old town, and eventually made our way to the AirBnB apartment we were staying in by tram (Straßenbahn). We got to be good friends with the tram and buses as they were the primary way to move around the city. Service was acceptable with 2 euro a ticket, and a great value on day passes at 5 euro.We could get around easily on public transport, but wait times could be lonnnng (like 30+ min in the evening). 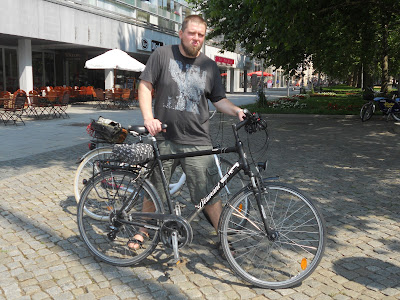 We had made the decision to rent bikes before we even got there and the warm summer weather was calling us. We took a recommendation from Ian's favorite, Mr. Rick Steves. I was a bit unimpressed by the shoddy, hidden away store-front, and the even-less-than-normal level of customer service of Roll-On. Nonetheless, we picked up 2 mismatched bikes and happily took off for the "Blue Wonder" a bridge and apparently a nice bike ride away. We had an issue with Ian's wheel losing a little air, but after borrowing a pump from another biker we were off again. The next morning, the wheel was totally flat. Well shit. We called the store and their lackluster response was to take it to a gas station and pump it up.

After being misdirected multiple times, we eventually came across a bike shop. They offered to pump the wheel, only to find it wouldn't hold air. Another call to the rental shop. It was our fault. We must have ridden it over some rocks or somehow punctured it within our less than 24 hours of rental. I was furious, but Ian took it in stride. We had 2 options: get to the other side of the town on a bike with a flat tire, or pay for the repair ourselves. Grrrrrrrrr!

We opted for repair at Bike Point, only to be told by the shop that the tire could not be patched, it was in too poor a state. Our fault, eh? They kindly explained that the other shop shouldn't have rented the bike in this condition, and even called the shop for us to explain. We were promised they would pay us back the $40 to repair it. Ugh - fine. We paid and took off - a 1.5 of drama (seemingly) over. Of course the shop wasn't open when we arrived there later that night, and they told us just to leave the bike and they would send the money by transfer. I was livid. But what could we do? We took pics of everything, and hoped for the best. Two weeks later, after multiple e-mails, they paid us back. Jerk faces.

Like most expats, I find German customer service completely lacking - but this was really too far. On the other hand, Bike Point provided expert advice and customer service. Rent a bike in Dresden, just not from Roll-On. 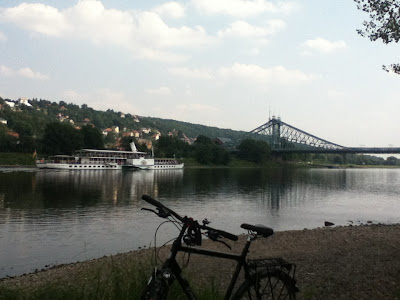 
3.5 senf -
We had a really nice apartment in the outskirts of Dresden. It seemed like a very residential and student area. Easily accessible by bike, the tram was also around the corner. The only drawback was slow ass internet (especially for the opening of the Olympic Games).


4 senf-
We have fallen hard for AirBnB. It's nice to have your own little place with a kitchen and private bath. Our host, was extremely sweet, and her place in Plauen is well set-up to rent. At $30/night with space for 4 it was a steal - even slightly outside of the center of town in a quiet area. It appeared exactly as in the pictures and was well connected by transport. 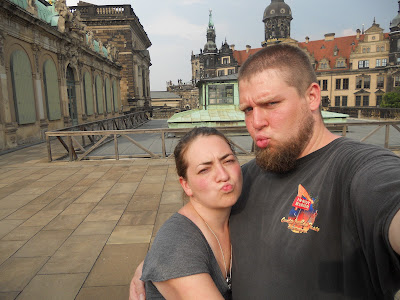 
4 senf -
Despite Dresden's low profile, it packs a punch with sights. The Altstadt is full of amazing art and culture, but once you leave the Altstadt there is even more amazing things to see.


4 senf -
Dresden is glorious. The city gets overrun by tour groups straight off the bus all day, but at night it's lit up like a fairy castle and almost empty. No matter the people, its gorgeous. The old town is compact and easily covered in a day. Frauenkirche, Zwinger Palace, Elbe river, and biergartens! Really lovely.

However, this is hardly a buzzing metropolis. After Berlin, everywhere can seem sleepy and we probably stayed 1 night too many for a visit at 3 nights. If you knew someone in town this may be a different story. And it is supposed to have quintessential Christmas markets, so if that's your thing, it should be on your hit list in the season. And they have a military museum that is truly world-class. Ian's obsession with all things war took us here and we were blown away by the quantity, quality, and creative way the information was presented. 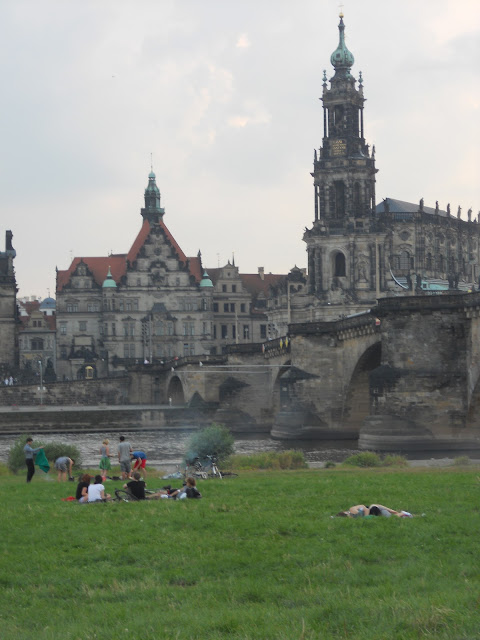 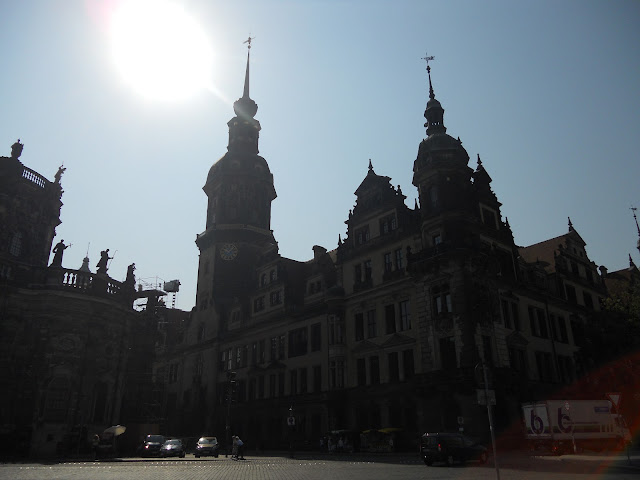 
4 senf -
We had a ton of German specialties here and they were all super delicious, and at such a bargain price it was easy to eat well at a great value. The only drawback was Dresden's complete lack of a Spati.


4 senf-
We ate good German food in Dresden. Lots of it. Our diet in Berlin is pretty varied so I always feel like real Germy food is a treat, but it is all we ate for 3 days in Dresden and I got a little tired of it. We even ate at a chain Mexican restaurant.

Some usual suspects in the picture below (starting in the upper right hand corner & moving clockwise):

I actually learned from a friend that the fabulously cheap and spicy bright yellow mustard you can buy everywhere, Bautz'ner, is from near Dresden. A product of East Germany, it is one of the things that people found was actually better than anything West Germany had to offer once the wall came down. (Along with another of my favorites is the sekt, Rotkäppchen)


Highlights included findings at the numerous breweries with the notable exception of Sülze. I thought I had figured out all the words for dishes I don't care for in Germany, but this was a new one. Sülze is a cold dish of meat, poultry, or vegetables in jelly. Another name for this is a particular food in aspic. It is gnarly. We have accidentally ordered it once before and bravely tried to act like this was good eating. But I just can't stand it. The cold jelly with salty bits of meat stuck in it turns my stomach. A northern German specialty, even the heavenly (and ever present) Bratkartoffeln couldn't save it. Check out my face below. New disgusting word to my vocabulary: Sülze


4 senf -
Dresden definitely warrants a visit. If you are ever on the train Berlin - Prague; make sure to stop off at Dresden to at least see the beautiful alt statd. If you have more time, consider yourself lucky and enjoy all that Dresden has to offer. ...except for their lack of Spatis!


4 senf -
I see why some many people use this place as a day trip. Conveniently located between Berlin & Prague, a whirlwind tour of the old town would give you an idea of the city. We were happily surprised to find a mix of the expected joys (museums, beautifully re-constructed architecture, chill atmosphere) and surprised by other things (student population, excellent bike riding, multitudes of biergartens). The city is badass. A testament to what made, and makes, East Germany awesome. 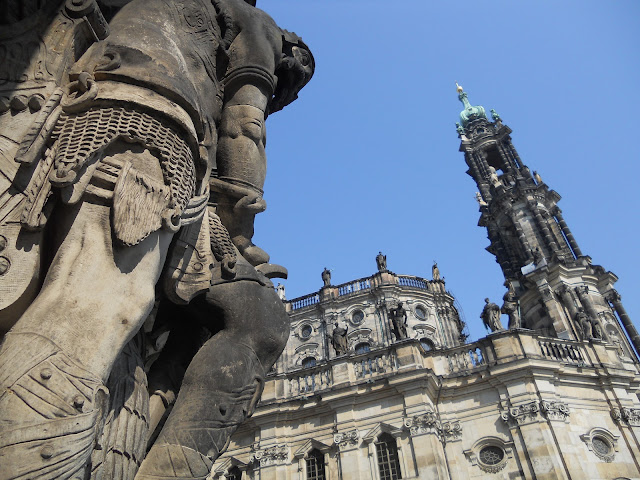 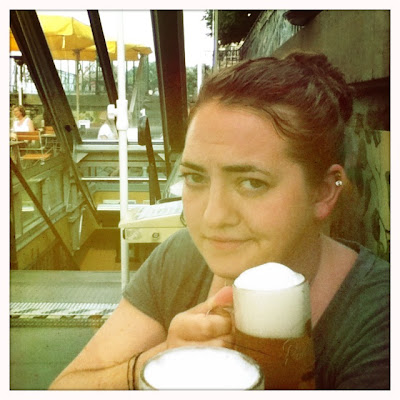 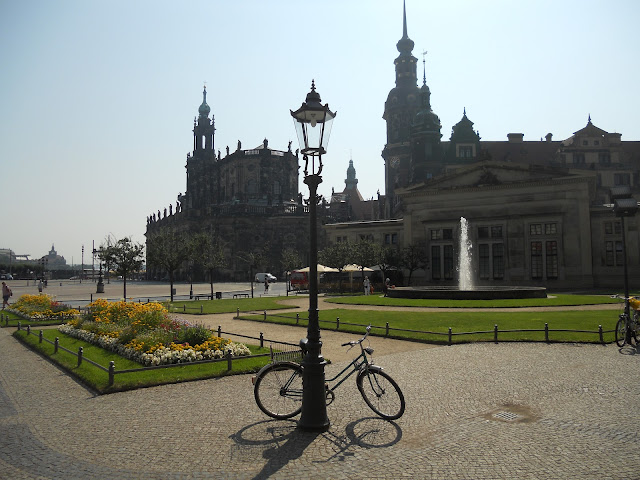 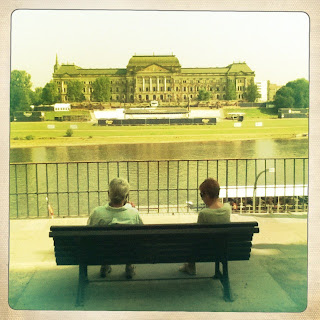 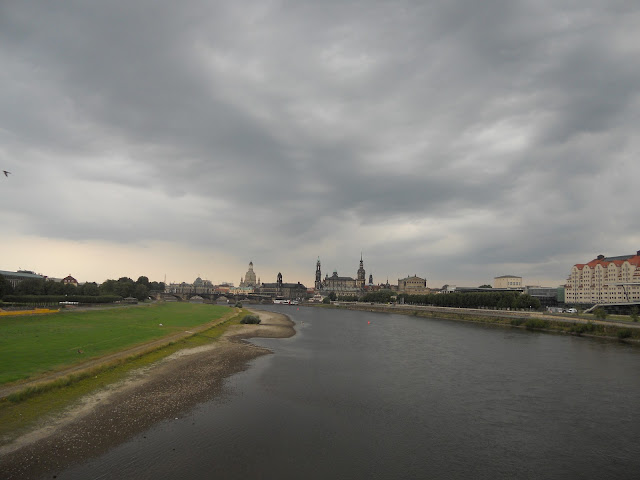 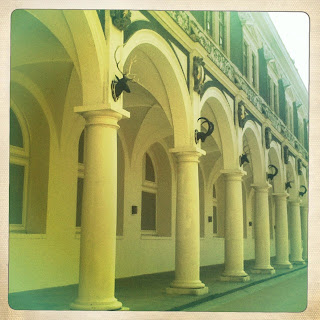 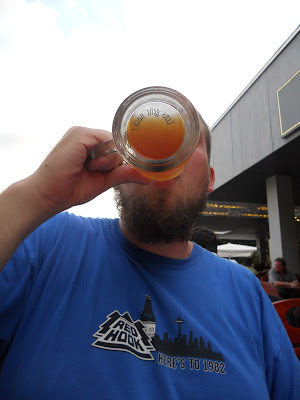 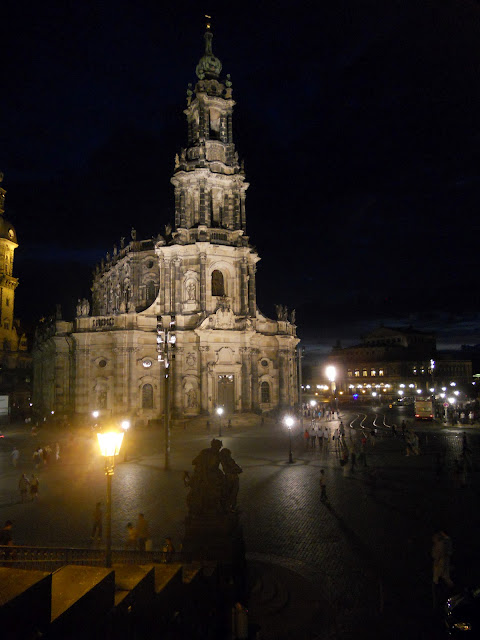 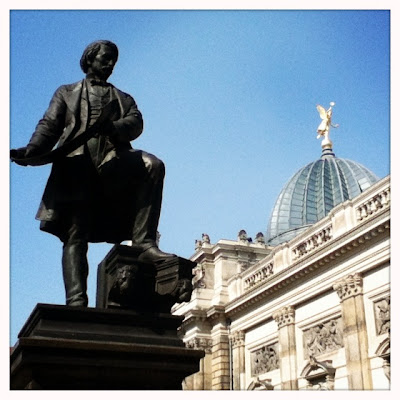 More pictures of lovely Dresden, and our post of Dresden in the winter as it is home to the oldest Weihnachtsmarkt in Germany, thus the world.

Compare Dresden's scores against some of the other places we've been with the "Ratings" tag at the bottom.

I didn't know much about Dresden so have been looking forward to your post. You've got me thinking that it might be a possible day-trip destination for me if I can ever tear myself away from Berlin.

Thanks Dave! As much as we love Berlin, travel calls to us and we love to see the rest of Europe (and the rest of the world). Go to Dresden! A really lovely city with some seriously badass biergartens.