In yet another of this-would-never-happen-in-Seattle moments, Ian has formed a friendship with one of the parent's at the Kita over his first love - no, not me - BEER. After receiving the gift of a nice ale, there has formed a reciprocal relationship of beer love. 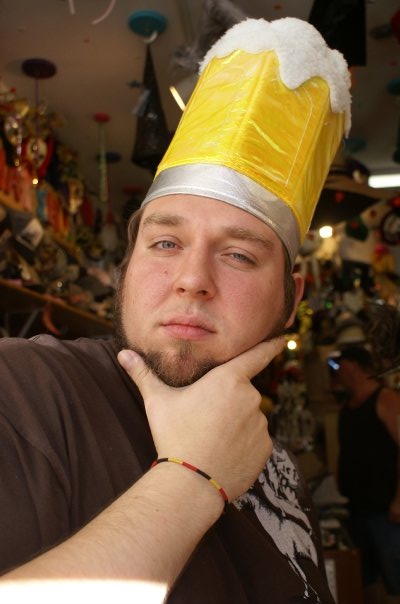 Most recently this was a recommendation list of breweries to visit along the northwest coast of the United States. Many Europeans, and even Americans in other parts of the country, don't realize that the NW corner has become a heavyweight in the independent brewery scene. Far from the watery beer of Budweiser or PBR, we have Beefy 7% IPAs and chocolaty porters. Brewers in our area have attacked traditional beer styles and amped them up to AMERICAN proportions. You could literally live on Seattle beer with it's ample flavor and calories. 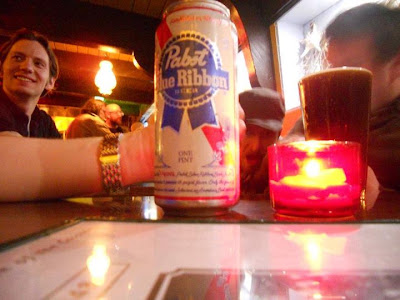 We were surprised to arrive in Germany and feel a bit let-down by the beer. Yes - it is clean tasting, forever drinkable, and lives up to the rigorous standards of the Reinheitsgebot.

The law is still in effect and generally adhered to. The general quality of beer, even "bad beers" like Sternburg, is excellent. But there isn't a lot of variety. We are in the land of the Pils with IPAs and Porters a far away dream. Despite the lack of small breweries (although they are slowly returning), there is a fierce loyalty with Koelners drinking Koelsch, Hamburgers drinking Astra,  Bavarians drinking Helles, and Franconians drinking Rauchbier. We have more trouble finding Belgian beers in Berlin than in Seattle!

So when Ian was called upon to regonize the breweries of our American home, he went to it with gusto. Here is a tour of some of the NW's finest from north to south.Take it away Ian.

Ebe's college town is a beautiful hamlet of all that makes the NW special: trees, water, mountains, and independent spirit.

This is a really fantastic little brewery in a college town.  I made frequent trips there with my friends and wife.  I recommend the IPA and Scotch.  They also have some nice sweatshirts for a souvenir.

Much smaller and low key, but still a nice little brewery.

(about 90 minutes south of Bellingham)

Some of my favorite beers, which are only found on draft from local bars within the Northwest.  I highly recommend Manny's Pal Ale which is a big local favorite.  We actually got married across the street from the brewery and had their beer at our wedding.

This brewery has really expanded within the past decade and its beers can be found all across the country.  They have some great seasonal beers, especially in winter with their Snow Cap (strong at 7%), along with my favorite American brewed Hefeweizen. 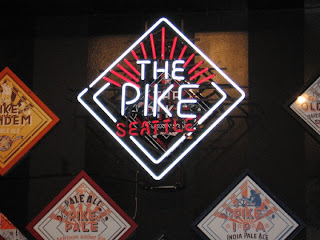 These guys brew all sorts of beers on premises along with offering tons of bottled beers from all over the world.  It's located smack dab in the middle of Seattle's tourist area and Pike's Place Market.  Really good beer (once again love their IPA) and their food is also worth a go.  Try the BBQ chicken nachos.

This place started up about 5 years ago and has been doing a great job since then.  They like to experiment and come out with some interesting beers throughout the entire year.  I have a buddy that is actually a founding member.  His name is Mark and I went to highschool with his fiancee.  Just tell him Ian Porter sent you.

I spent a lot of time here as it is within a few blocks of my college in Seattle's University District. Just a nice low key college brewery that makes really decent beer on premises.  Like most other places, you can get a sampler.  I would highly recommend it here.  This is also a great part of town to grab some ethnic food and get a sense of American college life.  The University of Washington is a great stroll too once you've had a few of their beers...

A big time favorite place of Seattle's working class.  Located between a big hippy neighborhood and a big fisherman's neighborhood, this place makes beer for any man.  You'll find their Mongoose IPA in a lot of stores.

They have a few different locations, but the one in the stadium district is a fun place to grab a beer.  I recommend their pumpkin ale during the fall.

This place is located in Ballard, which is the big fisherman neighborhood I mentioned earlier.  Used to be in a little shacky place, but I believe they're upgraded in recent years.

This guy is great.  Really into home brewing and he invites a new person to make their recipes at his brewery almost every month I believe.  He'd be more than happy to have a deep in depth conversation about the brewing process.

(where Microsoft's HQ is located)

These place brews perhaps the northwest's most famous beer... Mac & Jack's African Amber, which is found all over the Northwest (and at our wedding!). We used to get pitchers at $5 and drink ourselves silly.  It's a really filling beer but very tasty.  I've never visited the actual brewery but always wanted to.  They have a lot of other beers, but they're hard to find on tap... mysterious.

There are also a ton of wineries located around the brewery, which I also recommend checking out.

This is probably Seattle's most famous brewery nationwide, as it has expanded all over the place and now has a brewery in New Hampshire on the east coast.  Their beer may have taken a step down in quality as the quantity has increased, but I still enjoy their beers, especially their Long Hammer IPA and their ESB.

If you want to get off the beaten path and head into eastern Washington, there are a lot of options.  It's less populated and you have to drive further between breweries, but they're of good quality.  It's also where Ian grew up. 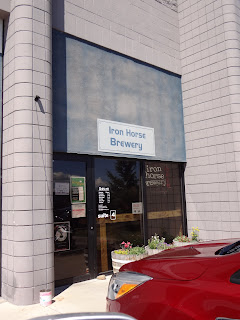 We highly recommend Iron Horse Brewery in Ellensburg. You have to search it out from the freeway, but every time we're back we do. Small bar area and - even better - a growler filling station. On our frequent trips over the mountains, we always stop by.

Some say it's a better place for beer than Seattle, but I'm biased and say Portland sucks (even though it really is a cool town too)!

These are just some of our favorites. We are truly rich in beer in Seattle. If you have a tip,recommendation or question - please let us know. If you want to ask about our alcohol consumption - keep it to yourself. ;)

Our neighbor to the  east may not be rich in people, but they know beer. If you get the chance to stop in Wallace, try Wallace Brewing.

Breweries to suggest? Beers to talk about? Want to send us your favorite beer? Leave a comment below!

Good call Sarah! Iron horse is a badass brewery in Eastern Washington - Ellensburg to be exact. If you're crossing the mountains, hunt it down! You won't be sorry.

So, they have a regulation stating which ingredients they should use to make beer, and once they do it they mix it with stuff like lemonade or coke? I mean...COKE! That should be illegal ^^ (but i've never tried it actually, mine are all prejudices).

Hear hear for prejudice before trying. I like strong opinions. And the radler, Berliner Weisse, etc...I agree that these are bizarre concepts for a country obsessed with purity.