A Swiss friend just told me that Bern is not actually the capital of Switzerland. What!? It is actually the Bundesstadt - a federal city or de facto capital. This was apparently the diplomatic answer to Swiss cities asking what city is the fairest of them all.

No matter - Bern is fair. Beautiful, fairytale, romantic, charming, and ridiculously good-looking. We spent a day trip here while staying in Basel, an easy flight away from Berlin, and were enthralled. 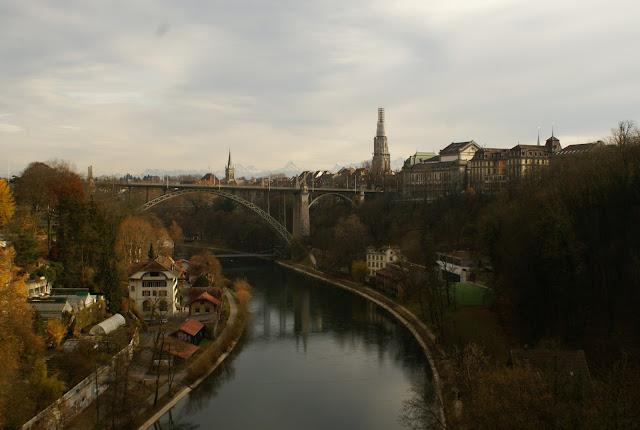 Ratings will be done in fountains. The city is filled with them. 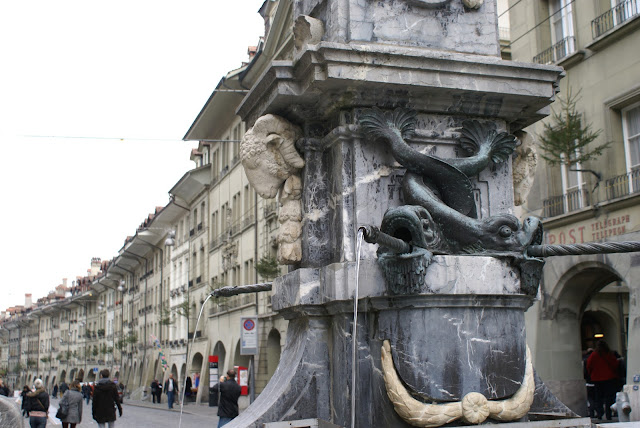 Trains run every 30 minutes to/from Basel & Bern which is great as you have many options for a day trip. The only drawback is that it costs quite a bit of Swiss francs. The city was very walkable and the train station let you right off into the Altstadt. Bern seemed to have an extensive tram & bus network, but we preferred to go it on foot. I'd possibly give it a higher rating, but as we didn't ride it I can't give it a higher rating.

We had planned to take a day trip from Basel, but hesitated as - surprise! - trains anywhere were expensive. We eventually sprung for Bern after visiting the train station ticket office. Tickets for both of us came out to 110 euros - ouch. This whole trip was last minute, so if you had planned in advance, I am certain you could get a better deal...but I am not sure how much better. Switzerland is expensive, get used to it. Swiss rail: www.sbb.ch

The trains were well appointed, ran on the regular, and exactly fitting our expectations of the Swiss...except for one missing seat. Literally. The whole thing was raggedly torn out like a Swiss hulk had come by. "Me pay too much in Switzerland. ARGGGG!" This was only funny because everything else we saw in Switzerland was perfect. In Berlin, this would be the norm.

As Ian said, we didn't take transport within Bern because the city is ideally set-up for visitors. You can't wander any where not beautiful in the downtown/oldtown. (Almost) everything is contained on this happy penis shaped peninsula. 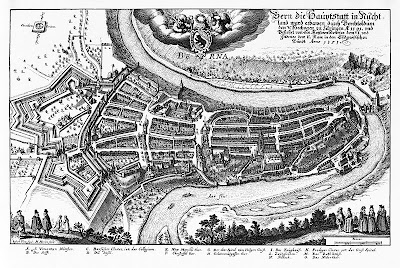 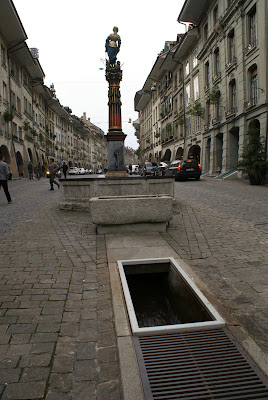 One complaint - I did not dig the Bächle (or drains - what do you call these here?). They were running down the center of major streets and inexplicably were randomly left uncovered. If I lived here, the city would soon have the headline


That is not the way I want to go out.

Not applicable for this city as we stayed in Basel. Since it is Switzerland, presume expensive. 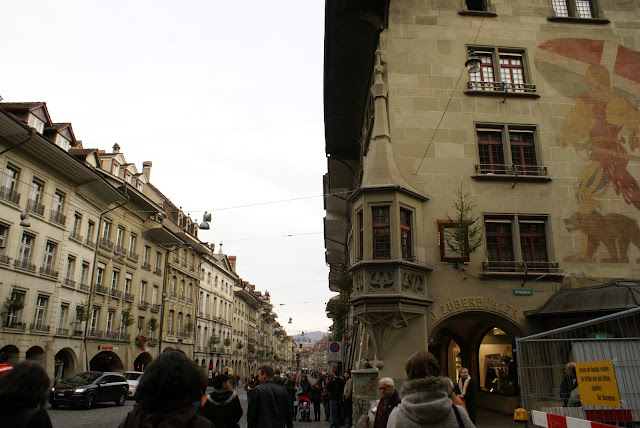 We had heard Bern is a sight in itself and it certainly was. The city is uniquely laid out into a peninsula surrounded by a river. For me, there weren't any site per se, but just every house and street was out of a fairy tale. Everything was so meticulous and clean makes you wonder what Europe would be like had Germany not invaded Poland.

Cool fountains. I can relate to the ogre eating the children.
ebe
4.25 fountains

We exited the train station, wandered toward the end of the peninsula, and were charmed by everything we saw. Perfection for a day trip...but I don't think know it would stand up to more than another day of visiting.


We saw the Bundeshaus (Federal Palace of Switzerland) which was elegant, but not impressive BUT it had a great view of mountains and river around the back. We found an even better view by backtracking toward the rails to capture a view we had on the way in. Gorgeous. This was also the setting of a spectacular Christmas light show. We had no idea that it was even going on until a surge of people crowded outdoors and we were lucky to line up behind an catch some of the show. If you are in town around Christmas (or even late November as we were) - Go! Watch! Be awed. 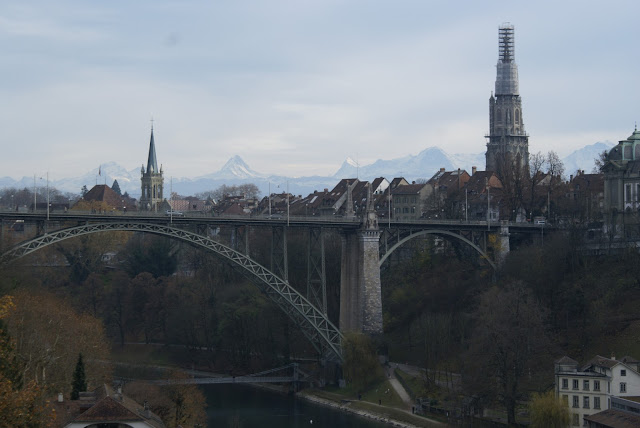 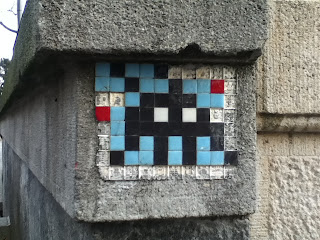 Displaying a little funk, pieces from Parisian artist "Invader"can be found around the city. Look for space invaders like this guy or follow the Bern Invaded map.

Another, more traditional tour would be trying to track down the city's 100 fountains. We used the map from the tourist office in the train station to track down a bunch of these guys. I highly recommend it as a tour of the city as it gave our loosely defined plan of the day - "go to Bern" - some structure.

The clock tower (Zytglogge) is another feature of the city and is compared to Prague's. I think this comparison puts Bern at a disadvantage because it is simply not as grand. There is also much ado about the hourly "show" and though we stopped and watched with other tourists....that was not a show. No matter - the rest of the city more than makes up for it. 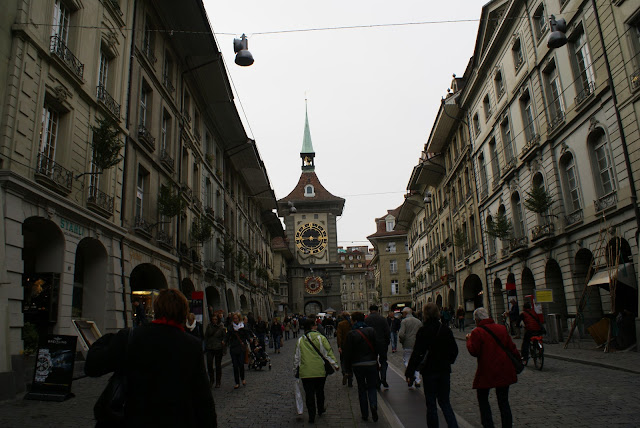 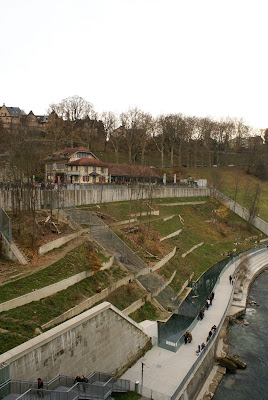 Bear Pits are a complicated attraction (see our review of Berlin's bear pit) but we ambled this way because it is a logical destination from the train station. Picture the train station at the base of the peninsula, and the bear pit lies just across the river at the tip. (Thinking of it's penis shape, aren't you? It's helpful).

When we eventually came upon it, I was surprised at how modern and thoughtfully set-up it appeared. The respect for the bears themselves and as a symbol of the city is immediately evident. According to legend, the city’s founder, Duke Berchtold V von Zähringen, named the city after the first animal to be caught here. Bears can be found everywhere - in the art, on the walls and even on a tight wire next to the pit. (Apparently the rope walking is also a thing as we saw guys going back and forth across a line over the river most of the day). The enclosure has recently been enlarged and we watched the bears amble about their grounds, and they can even swim in the river.

Beware that during the winter the bears may be understandably less active and might not be visible. However, they were outside and lounging when we saw them in late November. 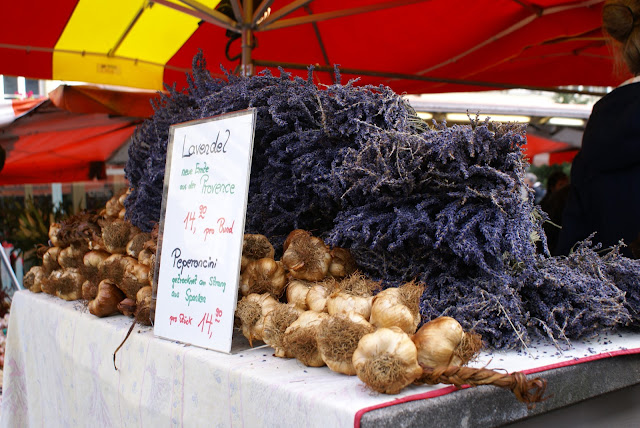 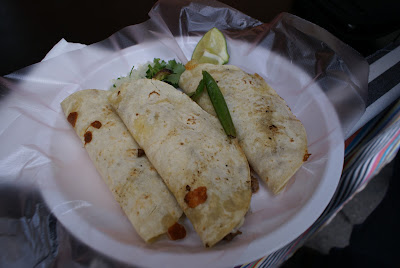 Walking through a crowded market. Is that a Mexican flag? Are those little bottles of hot sauce? Holy shit! They are serving tacos & tortas. 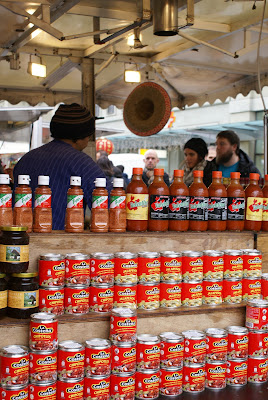 To expand on Ian's statements, we really were just wandering through the town finding fountains when we stumbled on the farmer's market and what to our wondering eyes should appear, but a Mexican vendor and bottles and bottles of hot sauce & spice! We were shocked. And delighted. We weren't even that hungry, but how could we not? I think we paid 9 swiss francs for 3 tacos - worth it. (If you don't understand how much we miss even passable Mexican food in Europe, you probably aren't American. It is reported as being the #1 thing American expats miss most.) As we stood in line, a Swiss woman had many annoying questions about Mexican food. She asked if quesadillas were like pancakes, then demanded they make it not spicy at all. Sacrilege!

We also tried out Tramdepot - the old final station of Berne's first tramway and is now the town's most popular brewpub and a tourist office. We sat at the bar to warm up, but it had a lovely terrace with views of the bear pit, river, and city. And it had beer. WIN!

I know that we complain about this anywhere that is not Berlin, but it was hard to find somewhere to eat in the old town as soon as it got dark. At 18:00. We ended up wandering back to the train station and buying food at the grocery store which was easy on our budget. Plus - I love going to other country's grocery stores. Some are an attraction itself (Hello Fiesta Foods in Yakima, USA).


Our trip to Bern couldn't have ended any better than a light show on the Parliament building. Really summed up the whole day. How hard is it to get a Swiss passport again? I guess I'll ask Jason Bourne. 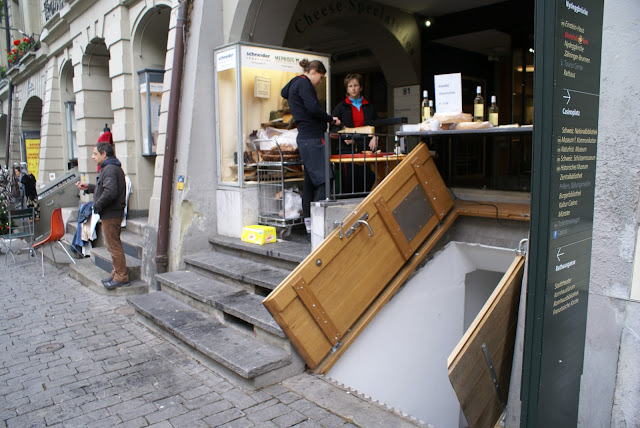 
Really couldn't have wished for much more out of a day trip...except for how expensive the train tickets were, and difficulty finding somewhere to eat, and the killer bächle....

BUT MEXICAN FOOD! And that light show seriously put Berlin to shame. That was some crowd-pleasing Christmas magic. Bern, you deserve to be the capital.


For more photos of this lovely (non) capitol, our Facebook page has a plethora of Bern pics. Or if you want to see bears in Berlin, read about the Real Berlin Bears.