Falling in Love with the NFL in Europe

In the fall, a  notice briefly flashed across the UBahn monitor: “German Bowl XXXIV”. I knew immediately that we were going. 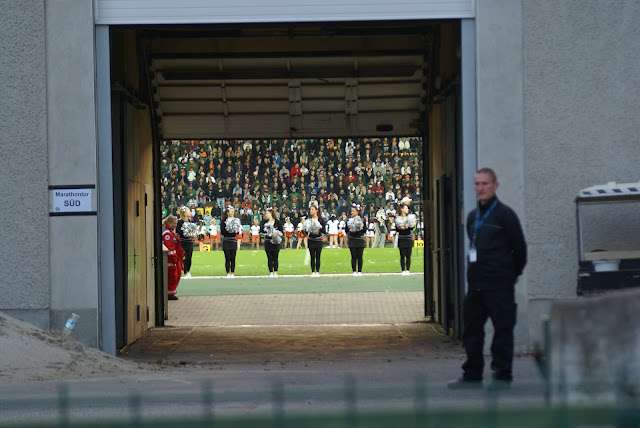 When Ian & I arrived in this foreign land, we started the serious business of trying to make friends with the Germans. We chatted up people in bars. We contacted people on internet forums. We smiled at our stern faced neighbors. The Germans were not having it. After about 2 months of staring at each other, we realized we had a problem.

Admitting defeat, we searched for a little bit of home and found it in a smoky sports bar showing American football on Niederbarnimstraße. Bar owner Salama, an expat of Egypt himself, greeted us with hugs as we faithfully returned every Sunday for football. The rest of the patrons were… less. The cherished sports tradition of yelling at the TV was engaged in heartily, but few words were exchanged. Slowly, so slowly, we got to know the mixed nationalities that watched men clash helmets every Sunday night. There were several Germans had found the game through foreign exchange or simply through the rabid love of sport. There was a mix of European nationalities that seemed to come more for the cheap beer than what was happening on the TV. And there was the trio of J-named Americans that have since become some of our best friends in the city. We had finally found out place in Berlin - in the back room of a partly deserted dive bar in Friedrichshain among our countrymen.

So I’m an American football fan. But I have never been to a game. Tickets to the Seattle Seahawks start at 50+ dollars and that was just too much for my American life. That’s way too much for my Berlin life. Not everything changes, eh?

But the helpful ad on the UBahn advised me that tickets to the German championship started at just 9 euro. This - more than anything - confirmed we were going. Upon announcing our momentous decision to attend the game on Facebook, a German friend told me, “Did you know Haddaway (yes that Haddaway) played American Football for the Cologne Crocodiles in the late 80s - early 90s.” Um...who? A quick google search reminded us of “What Is Love” (which we listened to in full) and made me wonder if Germans have a catalog of every famous German for such an occasion.


We arrived outside of Friedrich-Ludwig-Jahn-Sportpark as if on alien land. Having observed it from Mauer Park multiple times, we now faced the challenge of finding our way in. We circled the stadium’s graffiti wall, concert entrance, ticket sales and finally the entrance gates. The smell of decaying leaves and the familiar rumble of the crowd took me right back to High School football games in my letterman jacket and panther themed school paraphernalia. Go Team go. 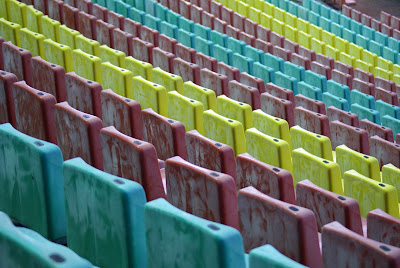 Low rainbow colored seats encircled the track and field with the Fernsehturm jauntily changing colors in the background for the Festival of Lights. We struggled to identify which teams had made it to the finale and finally figured it out it was the Kiel Hurricanes and Schwäbisch Hall Unicorns. The Unicorns. Yes - really. Of course I rooted for the Unicorns. 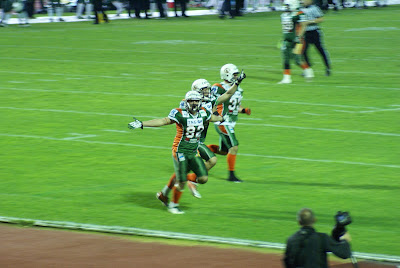 The score started to climb almost immediately and we happily cheered as each offense made their advance. A marching band sat below and we struggled to identify them as students of a gymnasium or adults. They were almost all smoking and drinking, but that doesn’t determine their age one way or the other here in Berlin. Other fans appeared more into the game, making the stadium eerily silent for kick off, and erupting into cheers with each touchdown...which there were many. The final score was 56-53 in favor of the Unicorns. Despite some debate about a last minute call, I was ecstatic for my horned fans. The team crowded around a giant god cup and fireworks lit the stadium.

Riding home, on the UBahn once again, we were surrounded by Football fans. Joyous Unicorn fans, tight-lipped Hurricanes, and Germans clad with a truly bizarre mix of American teams. I felt included. I felt like this was home. I felt like I had found a little bit of my place in Berlin.

To hear more about my clashes with the German culture, American Expat Blog 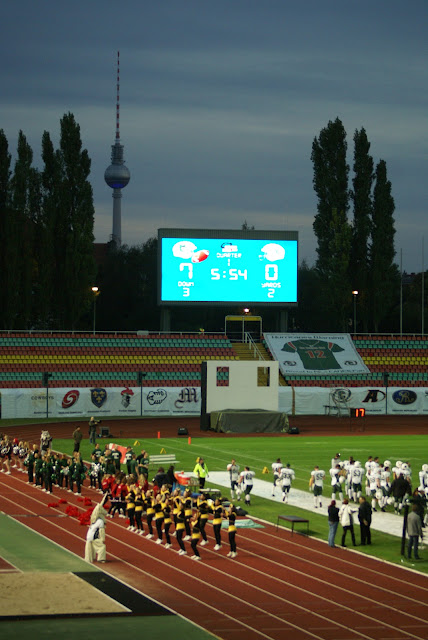 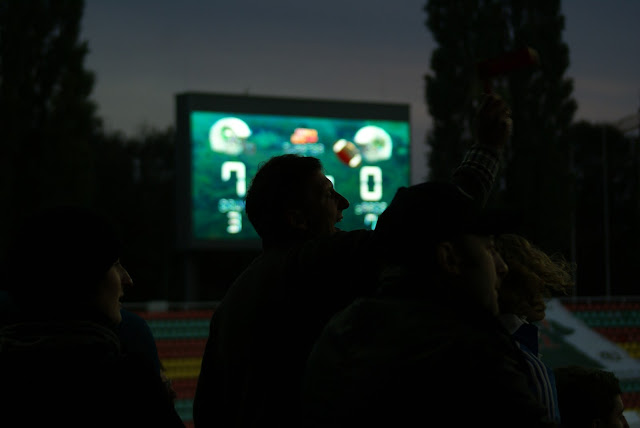 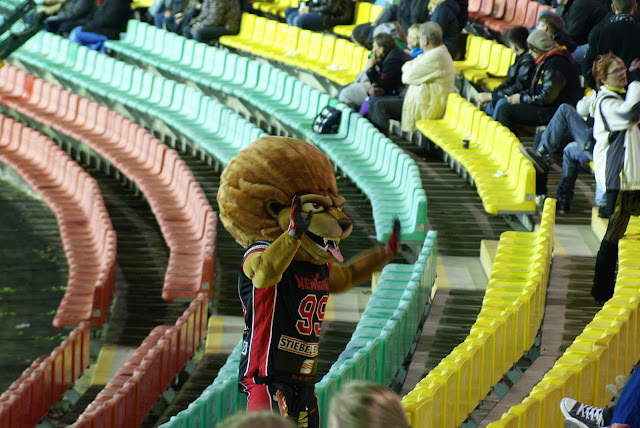 For more pictures of the joyous event, check out the Photo Album on our Facebook page.
Posted by Unknown at 11:27

Would have loved to attend that! Although the whole team nameofthe Unicorns just upsets me...

I, on the other hand, am in love with the Unicorns. What a different sport it would be if they were all Unicorns, rainbows, and kittens.