I had never really given much thought to David Hasselhoff. I certainly never expected to see him perform. 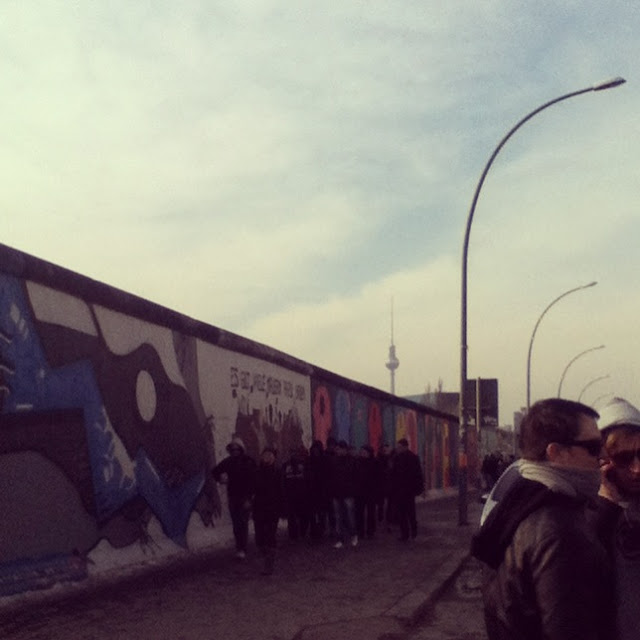 But that was before I moved to Germany and my American friends eagerly insisted that Germans love David Haselhoff. It doesn't appear that many actually do, but Americans seem pretty sure.

Ok - that is a little unfair. The fact is, once you acknowledge his babelicious BayWatch, KITT (the car smarter than then the average Hoff) in Knight Rider , and disastrous hamburger eating - the Hoff has a really important connection to Germany. Wikipedia reports,


While his star status rose, fell and rose again in the US, Hasselhoff's popularity endured a little longer in Germany during the end of the '80s. Hasselhoff had one number-one hit in the German pop charts in 1989 ("Looking for Freedom").


In addition, Hasselhoff sang this hit song in Berlin in 1989, a bare month after the fall of the Berlin Wall. A divided city was joined that New Year's Eve with the Hoff singing his way into the future.

When it was announced the Hasselhoff was lending his celebrity to the protest to remove a section of the Berlin Wall we knew we had to be there. 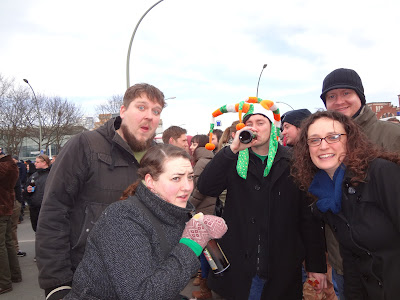 We met at the station and walked to the ESG (East Side Gallery) to find what awaited us. Which was people. Lots of them. But not the curly haired megastar we were looking for. Unsure of what to expect, we waited behind a bright yellow truck and wondered if Hasselhoff would be performing atop the truck. 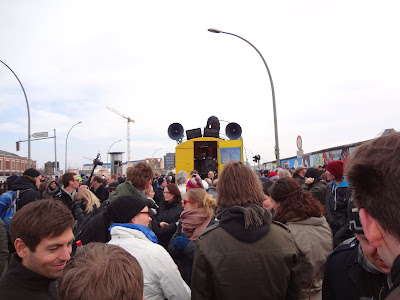 Poor planning seemed to be the theme and eventually the organizers tried to get the Hoff to the bus by pleading to German kindness and reasonability. (Disorganized Germans! Breaking stereotypes here.) Germans stubbornly stayed in place. Polizei fought their way in to allow the star to make his way to the awaiting chariot. The guys could see his curly top and occasionally his face as the crowd watched him make his way through, but my less than perfect height prevented me seeing anything. Finally he was in the vehicle and we realized we actually had a great spot. I could see the shadowy figure moving around inside and I was expectedly thrilled when he poked his head out and game a "Danke Berlin!".
We expected music or something, but instead he gave a short, spur of the moment speech, and sang a bit of "Looking for Freedom" a cappella. With a belch of confetti, the vehicle started it's slow progress toward Oberbaumbrucke, Hasselhoff continued to sing a bit,  and we looked at each other in shock. Had we really just watched the Hoff perform at the Berlin Wall? It seemed like a particularly strange dream.
We ambled along behind the vehicle for a while, laughing at what has to be my strangest St. Paddy's Day to date. Other revelers climbed the wall, held up wildly hilarious signs, and danced to the electronic music that had replaced Hasselhoff in the vehicle (seriously - at the end he somehow exited the vehicle and the truck made its way back to the start with a line of dancers behind.) It was all just so much better than I could have dared to dream. FREEDOM! 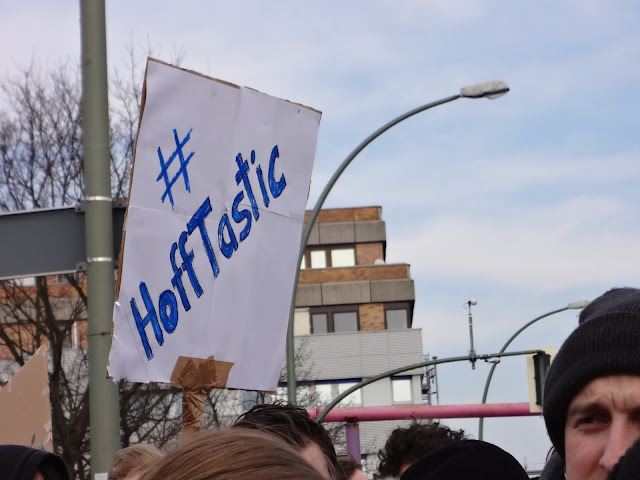 And then - there he was! The Hoff. Checked right off my life list.
See the Hoff.


The amazing Luci West shoots great videos of Berlin, New York, and other fabulous places. Check out her coverage of this event and many more at http://movingpostcard.com/.

That Sunday was such a trip, and also awesome.