Where to Take Your Parents in Switzerland 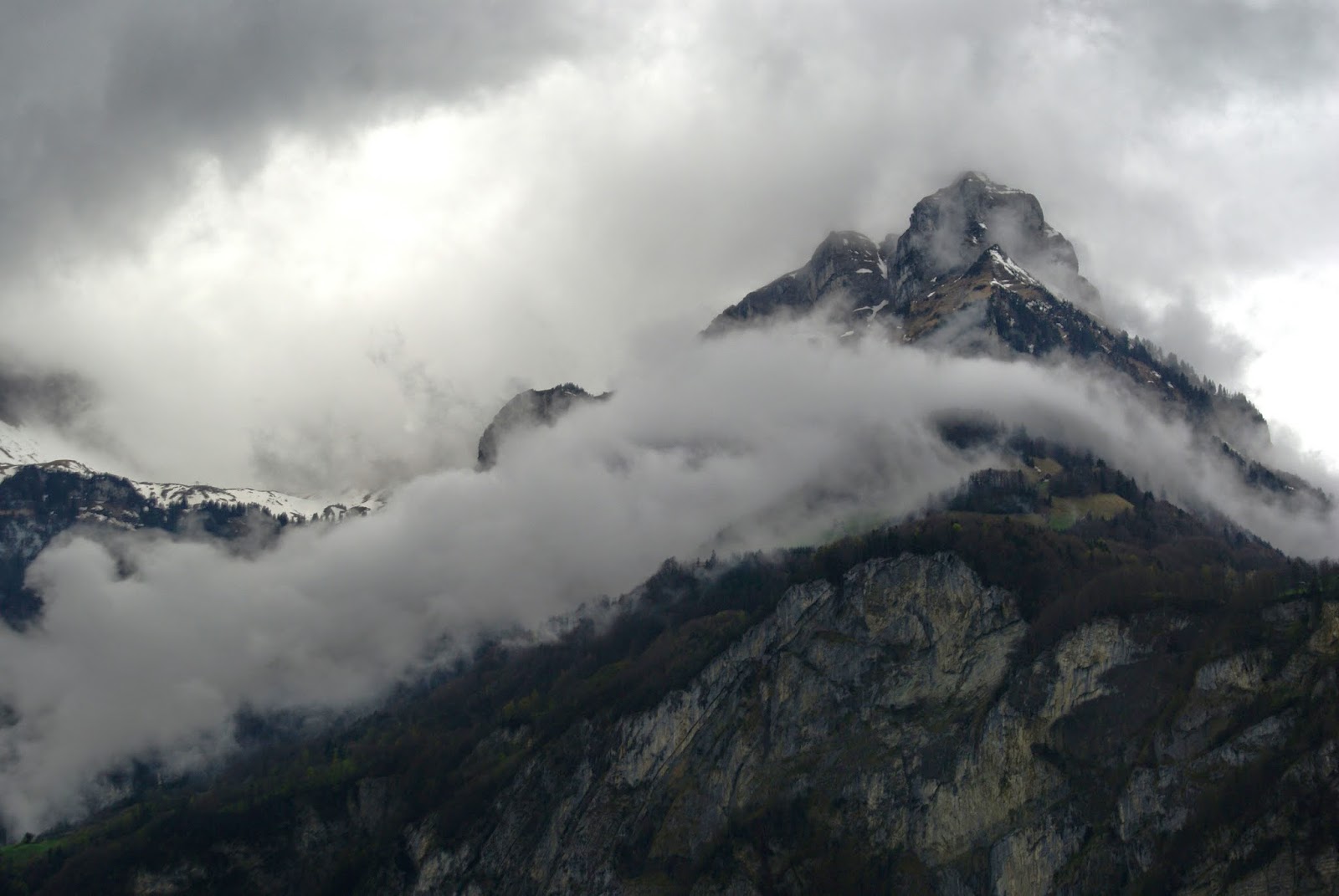 I never thought I would go to Switzerland three times in just over a year, but cheap flights from Berlin to Basel and family near Zurich has made it a top destination lately. When my parents visited it was off to see the cousins - and more - in Switzerland.

On this second trip out to the cousin's place I brought the whole crew of mom, dad and husband. The cousins were once again disappointed in the weather and it was quite drizzly, but for a bunch of northwesters this was hardly a problem. This suburb about 20 minutes south of Zurich, the town sits along Lake Zurich and offers close proximity to the highly regarded Zurich International School. It is also, according to wikipedia, sometimes called "Wädi". Hubsch.

Though their home is smaller than the one they left in Ohio, it is a palace (real beds!) compared to our place in Berlin and the family enjoyed the chance to re-connect and learn more about their expat life. This isn't as much of a tourist destination but a handy base for exploring the nearby attractions like the city of Zurich, badass mountain toboggan on Flumserberg and Lucerne. That said, it does have absolutely gorgeous views, charming small-town feel and lots of expats. 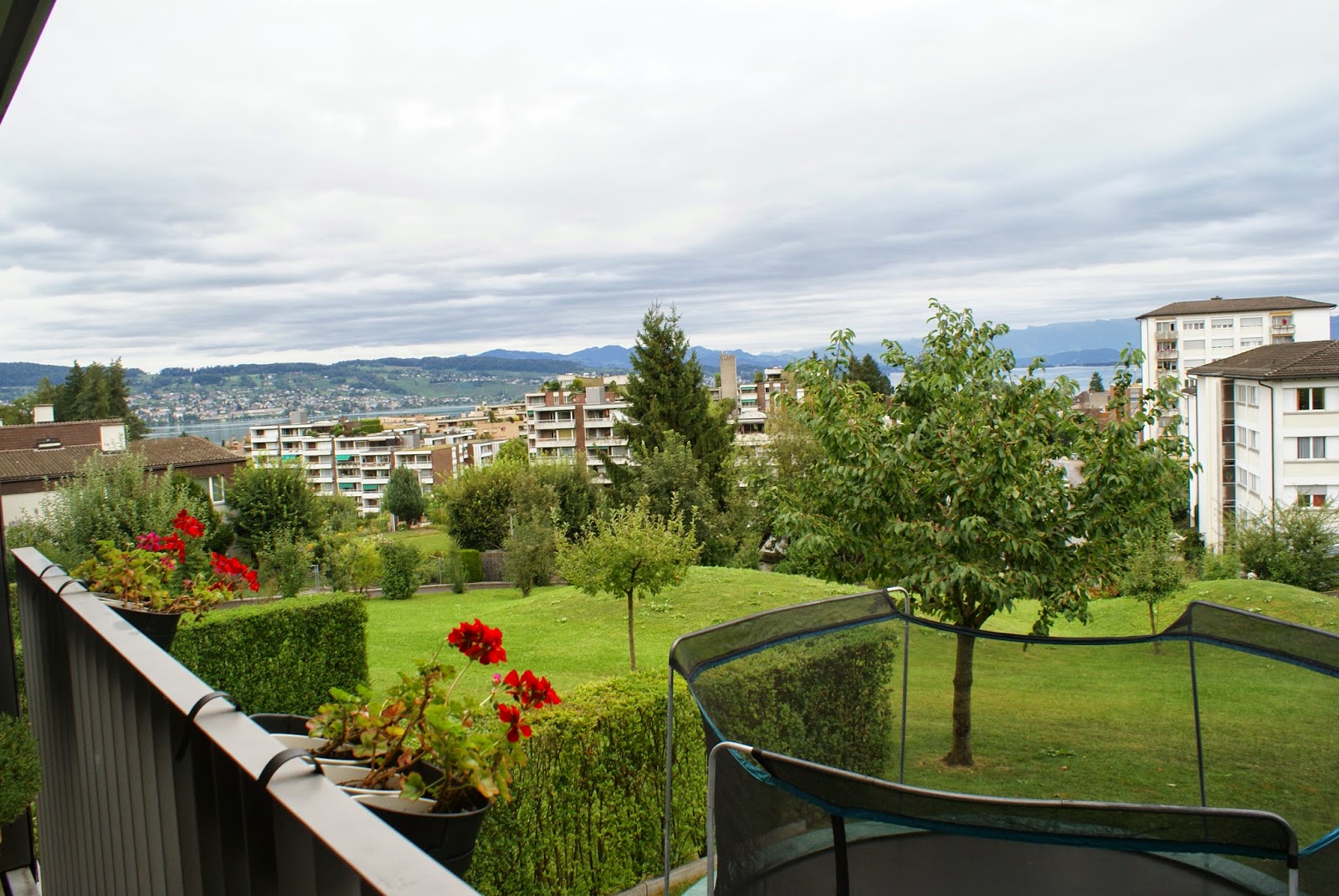 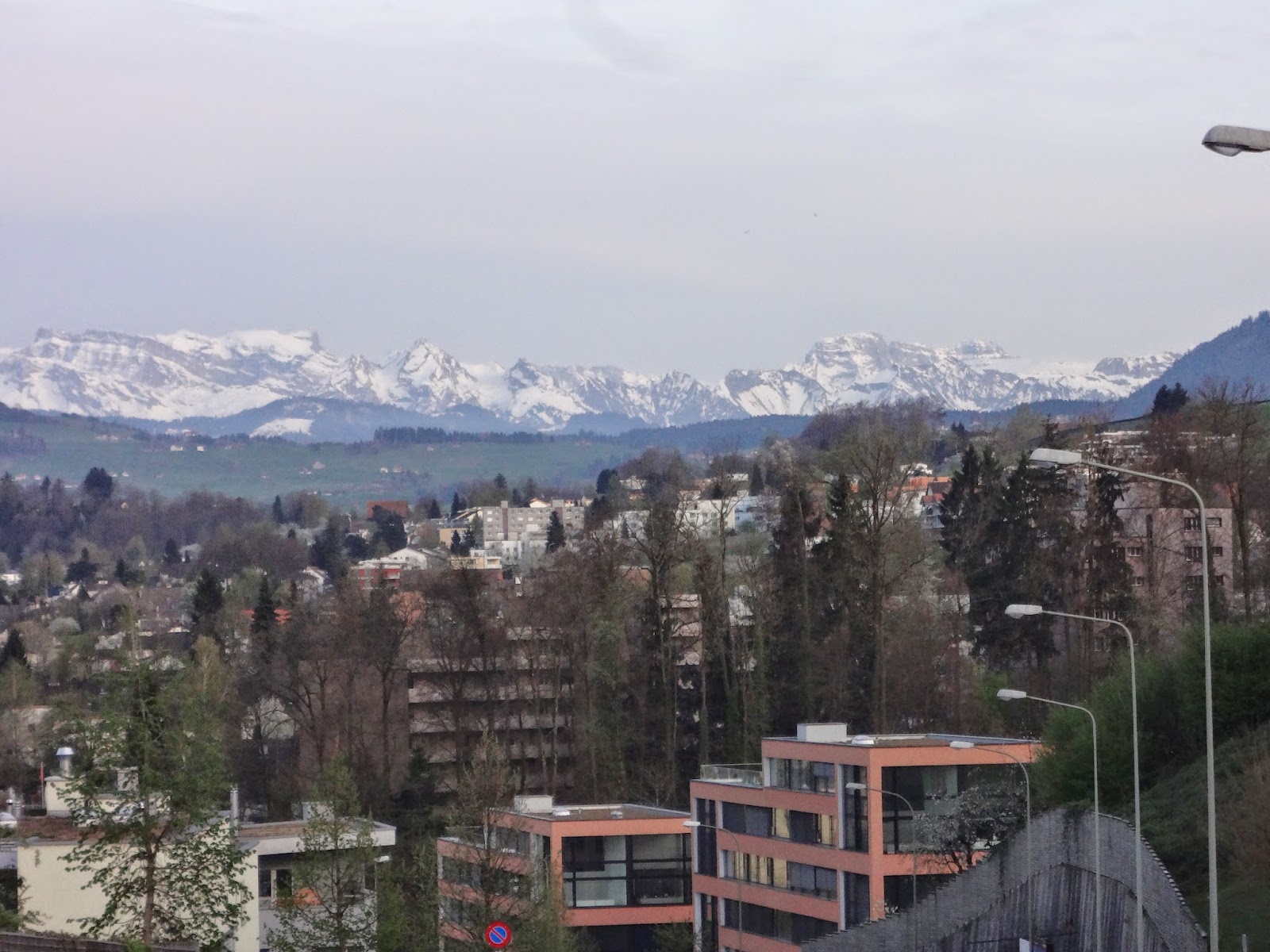 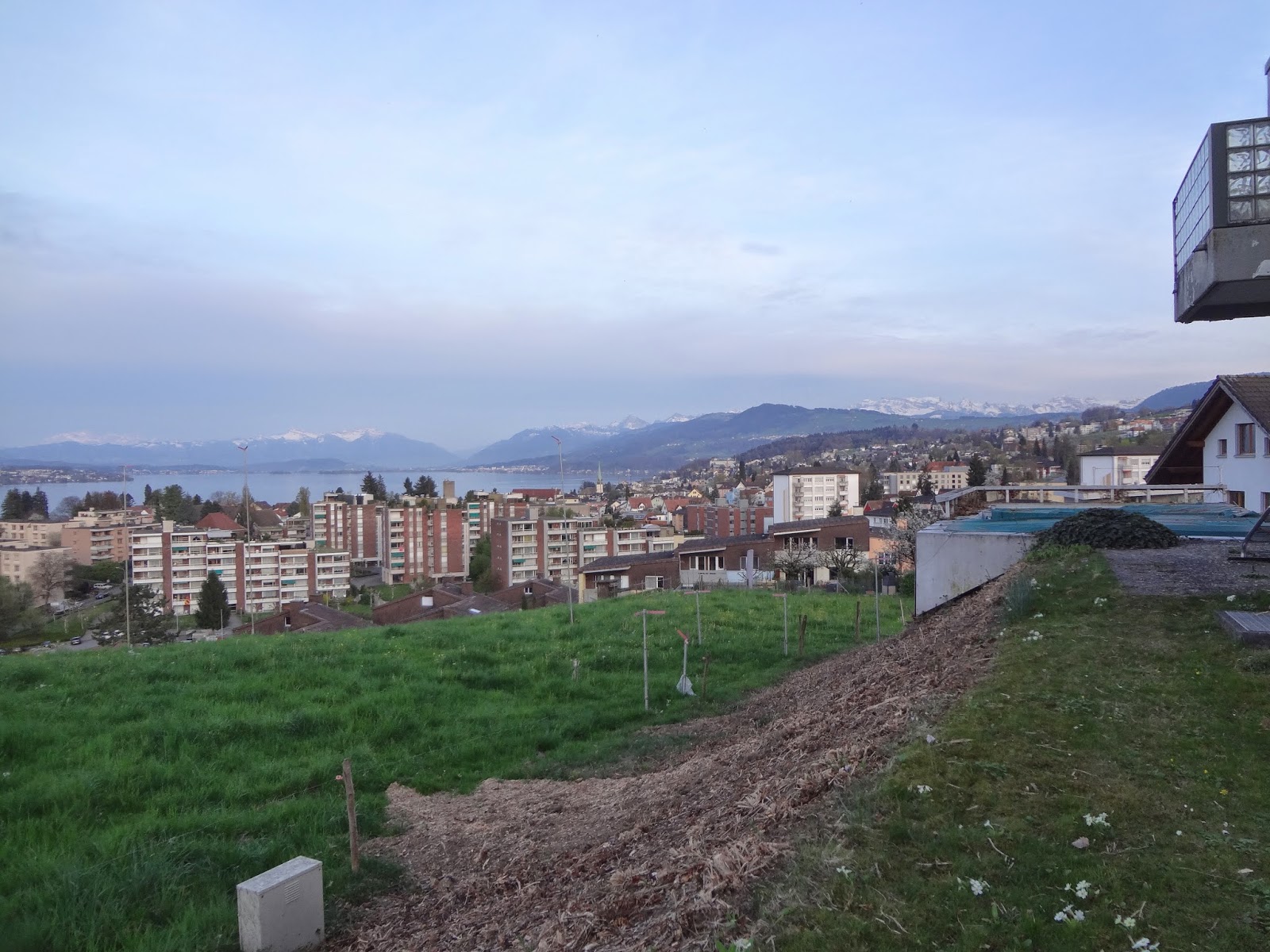 If I had known how amazing Bellinzona was I would have planned a trip there. But in reality, our visit was a happy accident. Did you know you need a passport to enter and leave Switzerland? Yeah,  I totally forgot that. I never take my passport anywhere for fear of losing it and the all-important visa and this did not work out so well when we set-off for Italy and halfway there realized there was a serious possibility I wouldn't be able to re-enter. Merda.

Desperate for a new destination, we set the GPS to attractions as we headed through the Gotthard Tunnel into the Italian Alps. And there we found it - Bellinzona. Lying in the Ticino canton, the city is famous for its three (count 'em - THREE) UNESCO World Heritage castles.

Though we've now done a fair bit of traveling in Switzerland, this was our first tiptoe into the Italian section and I couldn't believe the difference. It was warmer, the people were speaking Italian (we got sworn at by an angry Italian Swiss women!) and there were palm trees. And the castles were simply breath-taking.

One note of caution: Do not - and I repeat - DO NOT try to get gelato mid-April. What seemed like a perfect treat after the climb up to Castlegrande turned into a bit of a death march as none of the shops were open or serving yet. That is, except for one shop that we finally tracked down that was offering cones for free = massive noisy line of screaming Italian/Swiss kids. Apparently you need to wait for gelato to be in season. 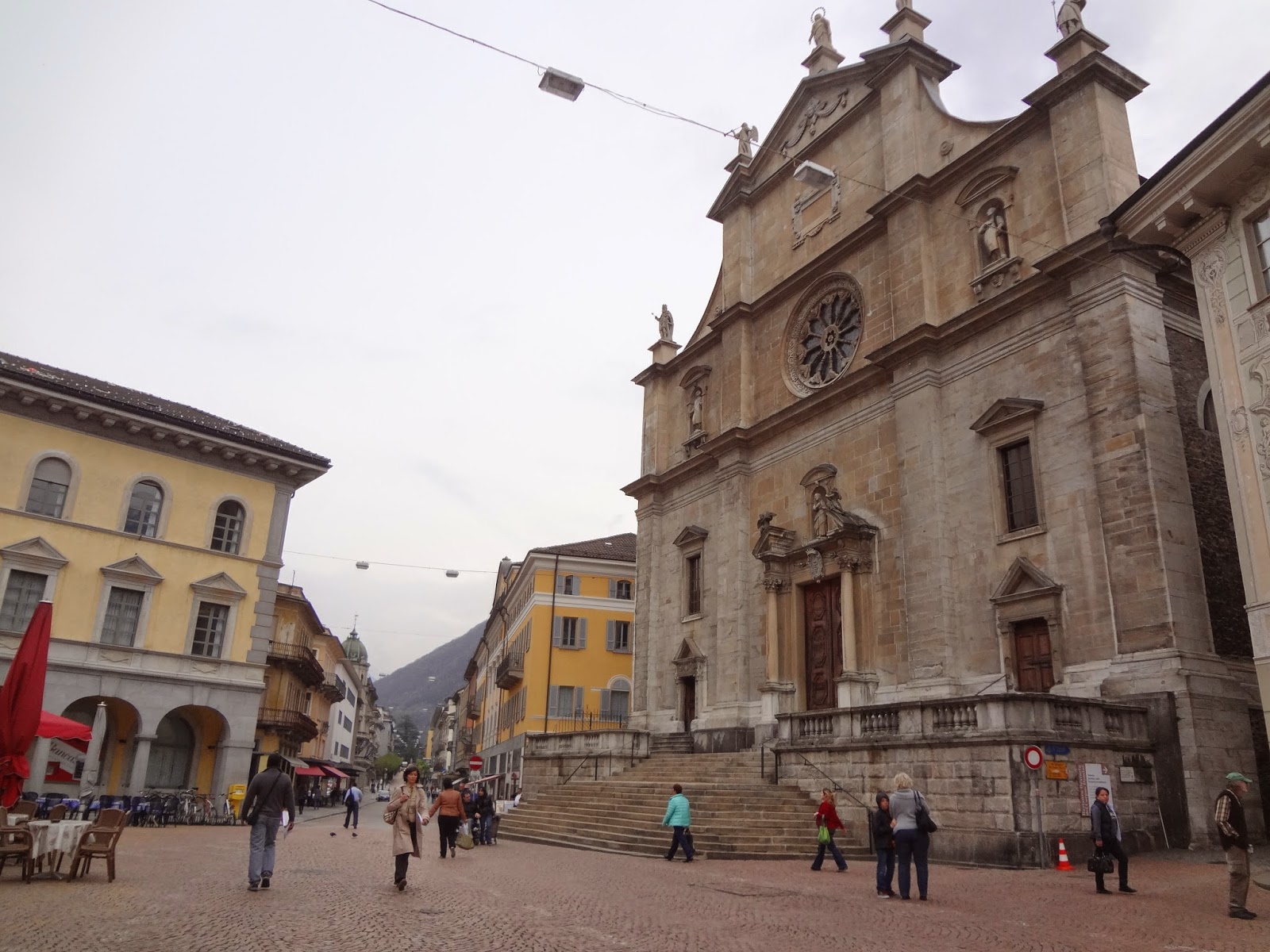 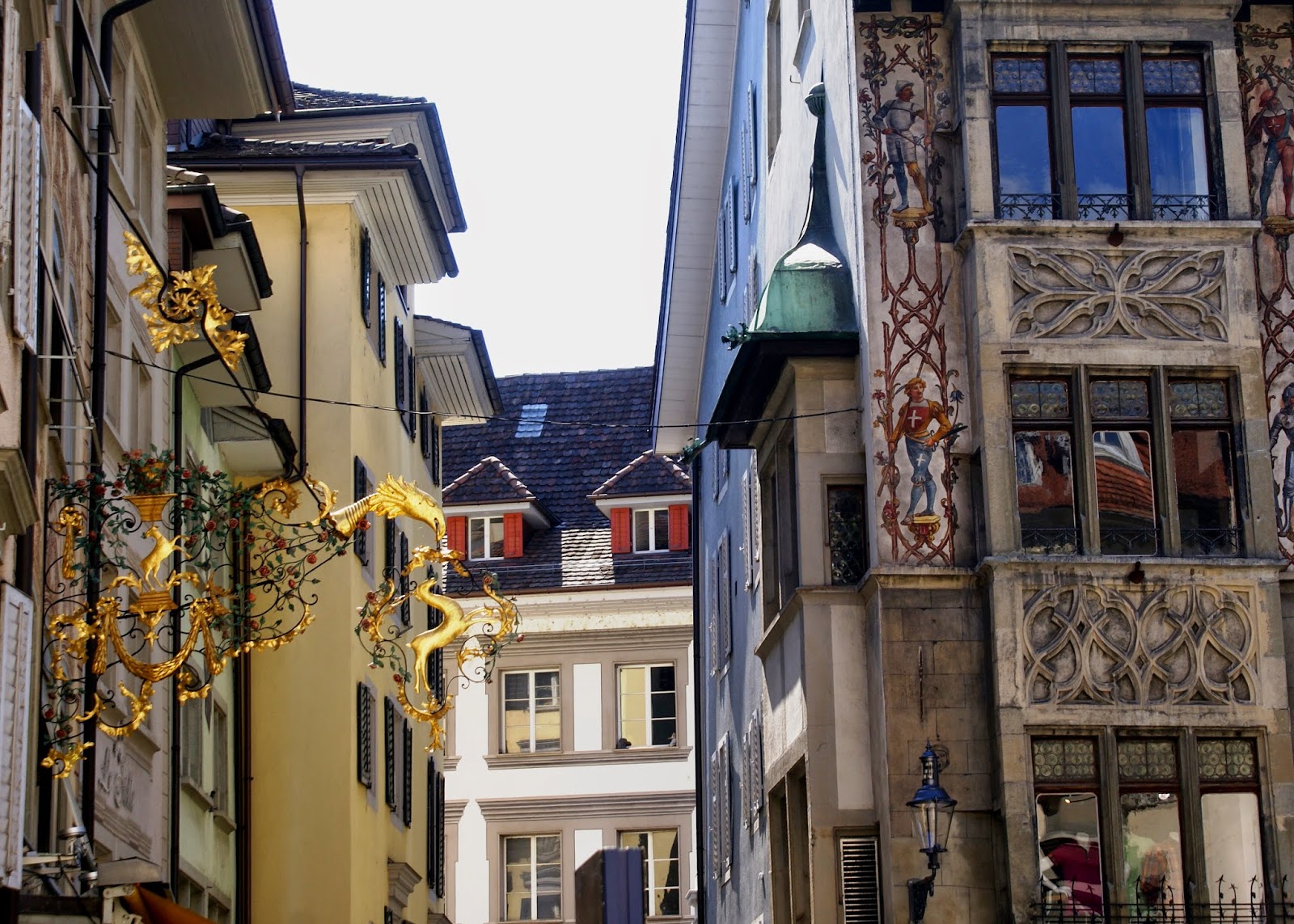 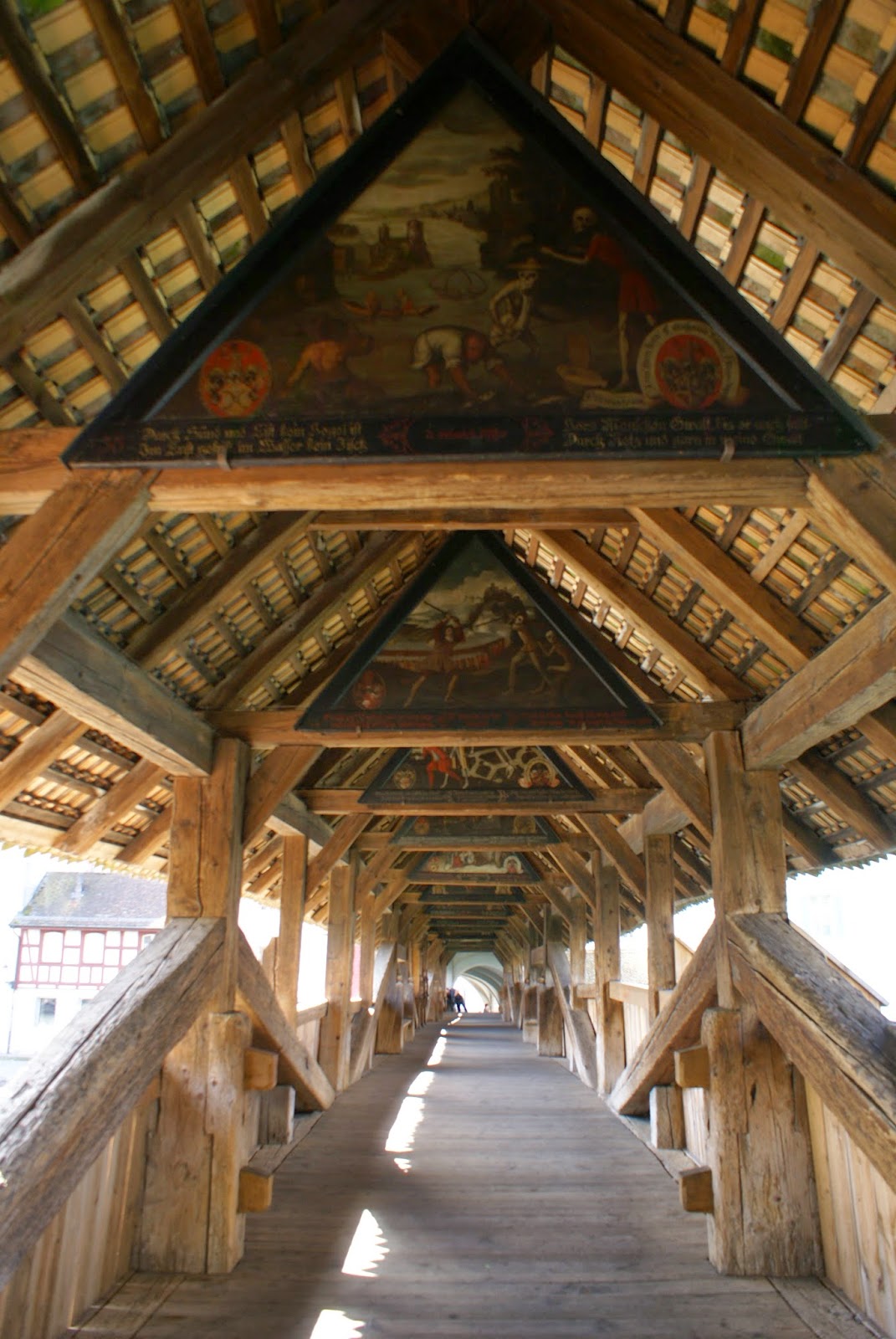 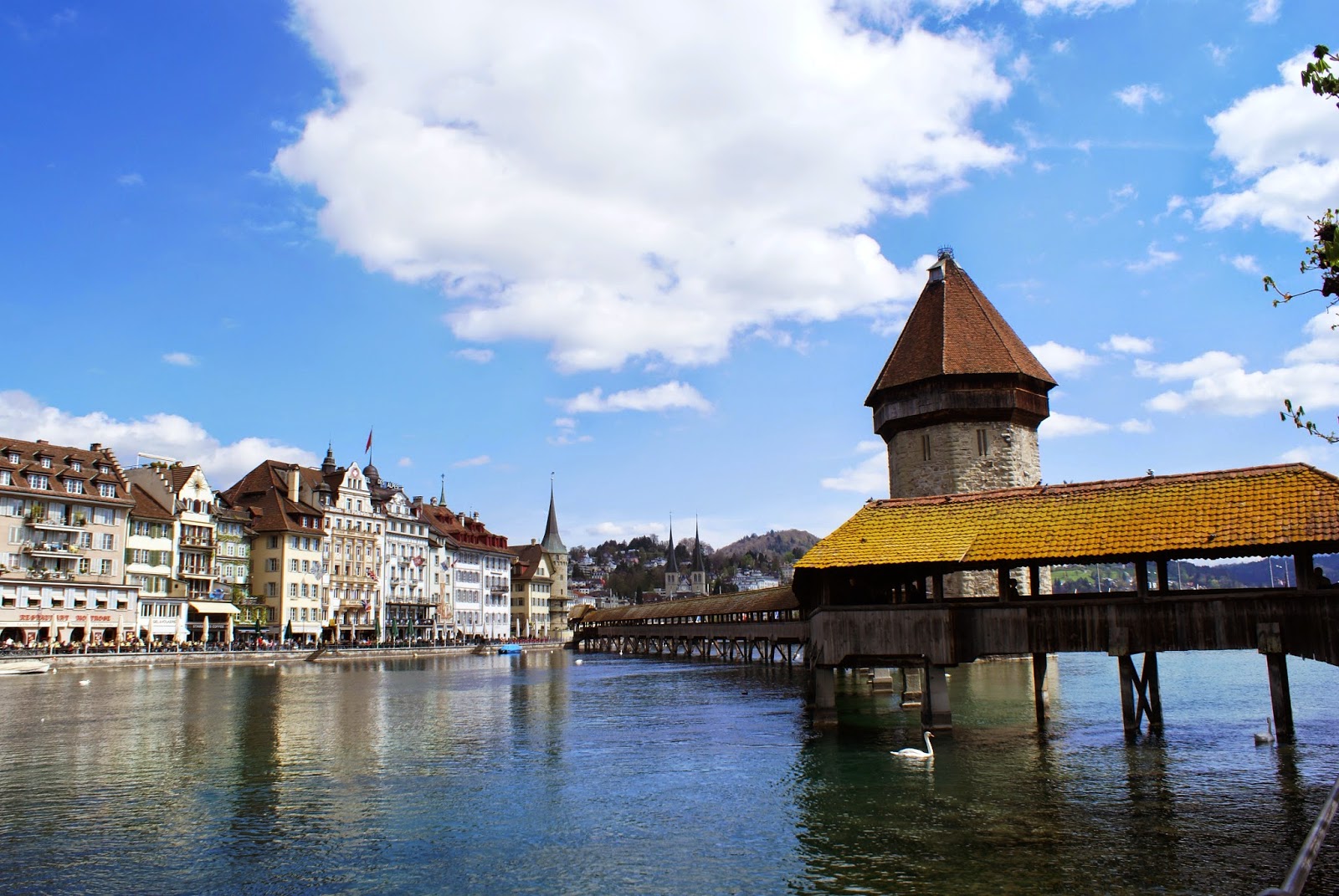 Go For a Drive Around Switzerland

As it happened, we did a lot of driving on this trip (or, erm, mom did. Thanks mom!). While I love traveling by train and appreciate how quick and easy discount flights are, driving in Switzerland is pretty incredible. We'd be chatting with my cousin and just trail off as hilltop cathedrals, insanely green hills and mountains that put the Northwest to shame soared by. 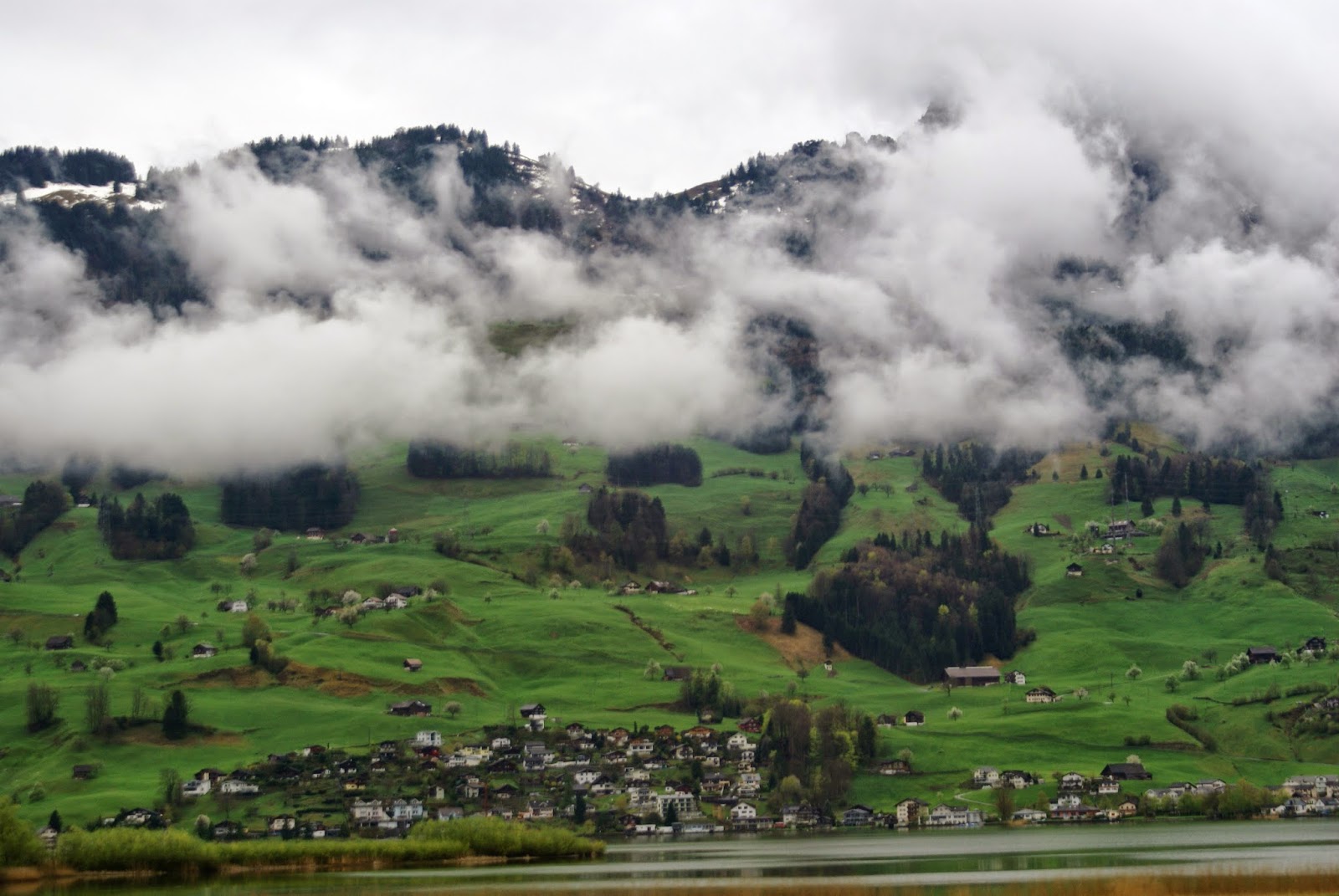 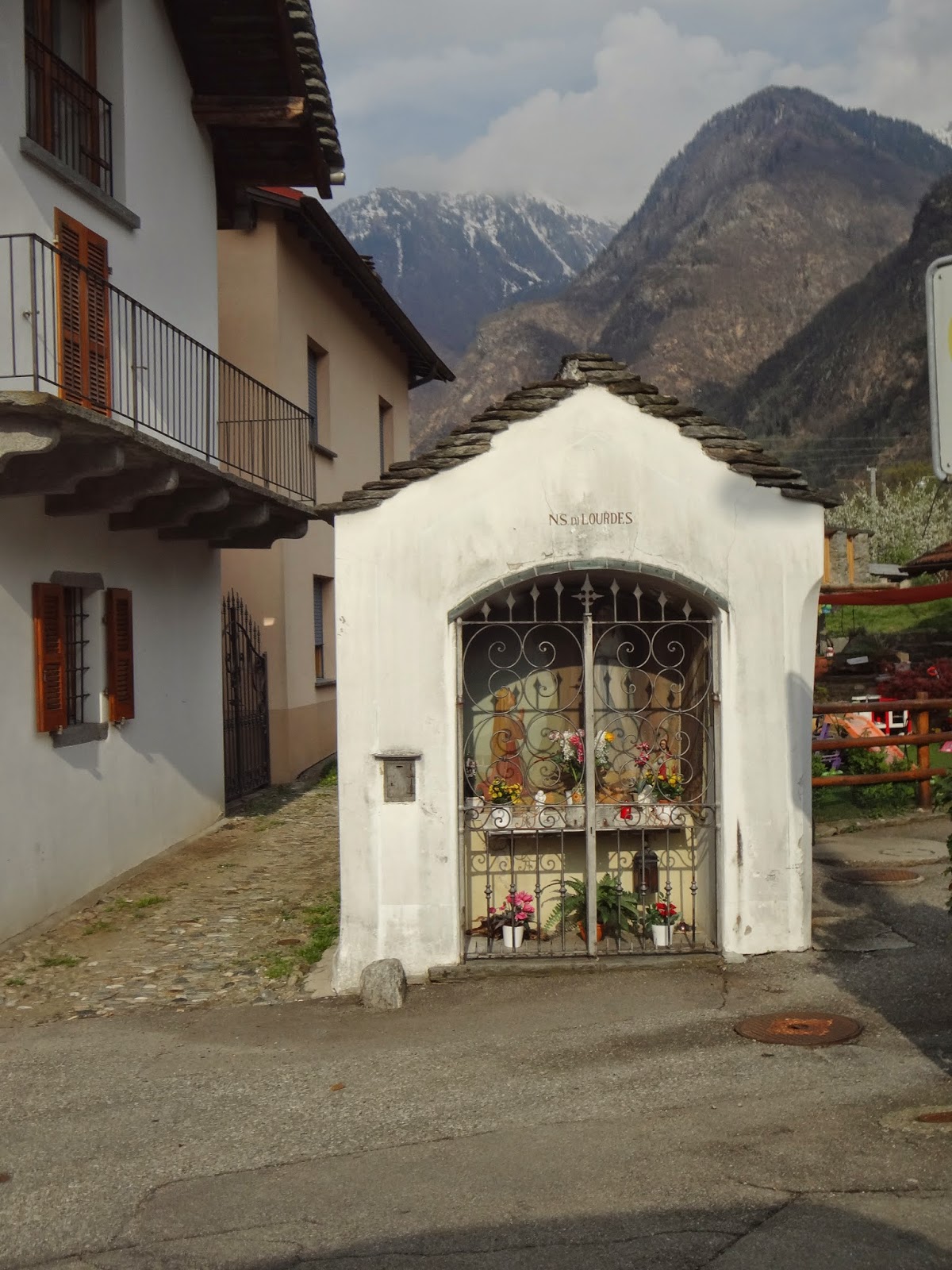 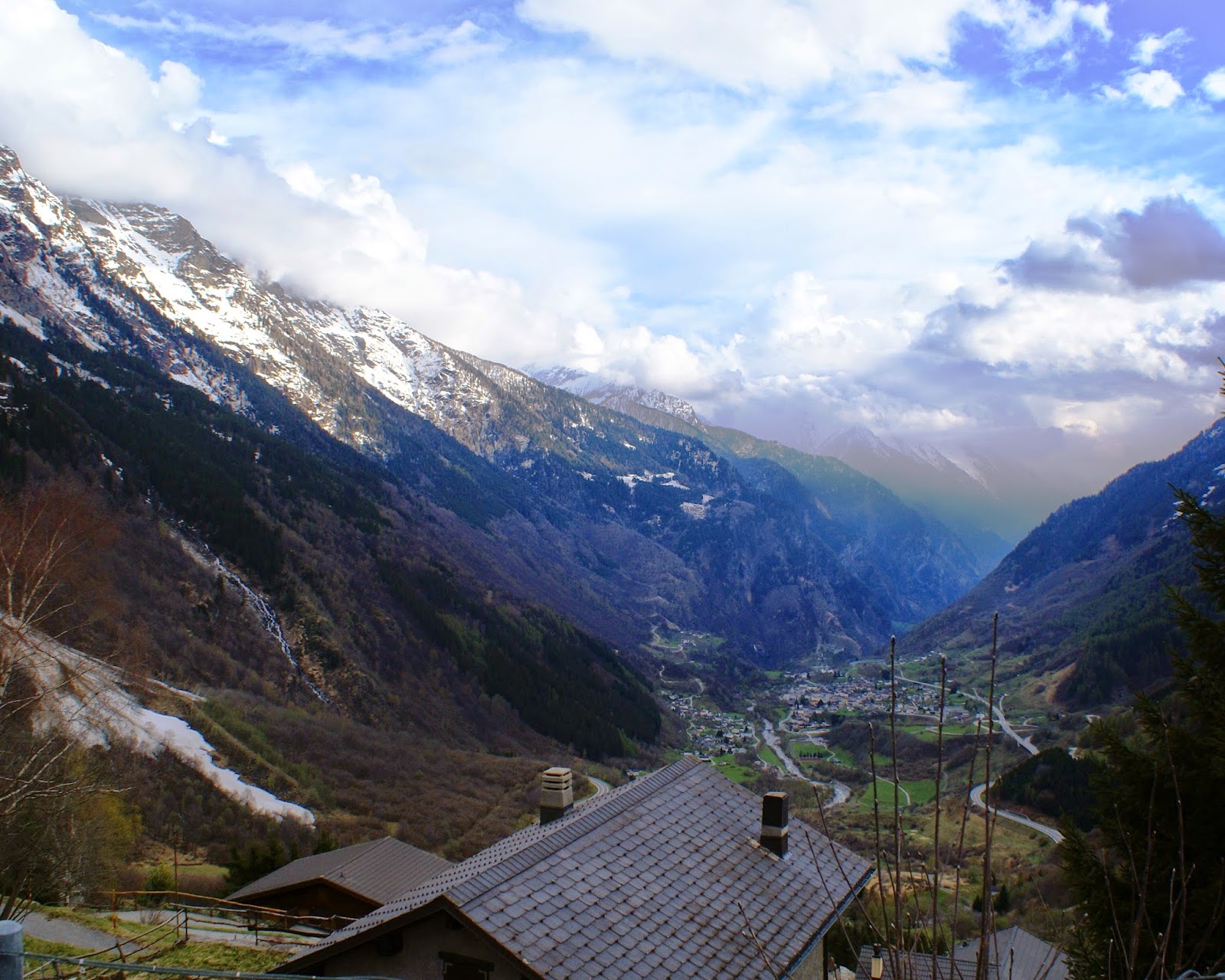 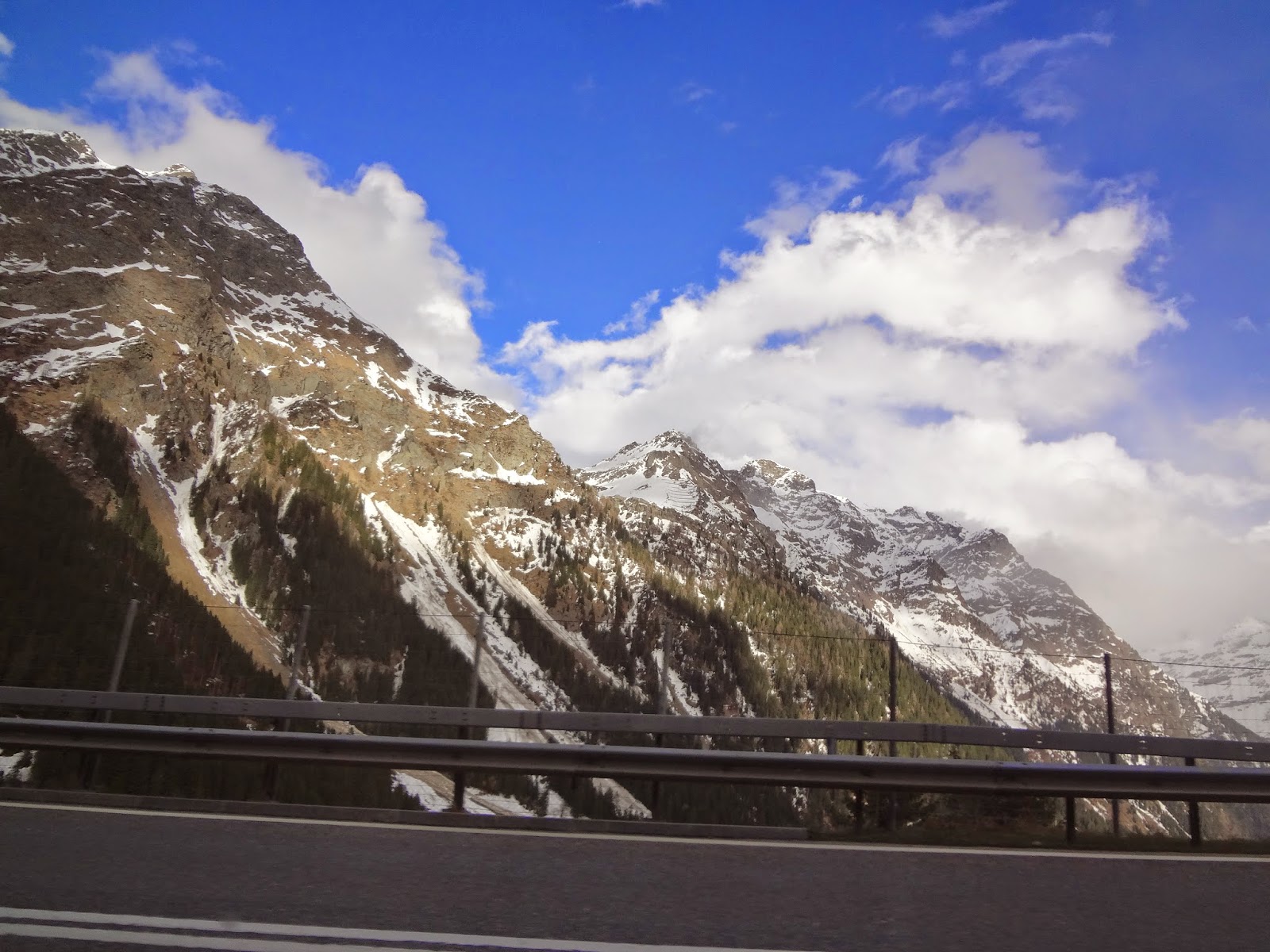 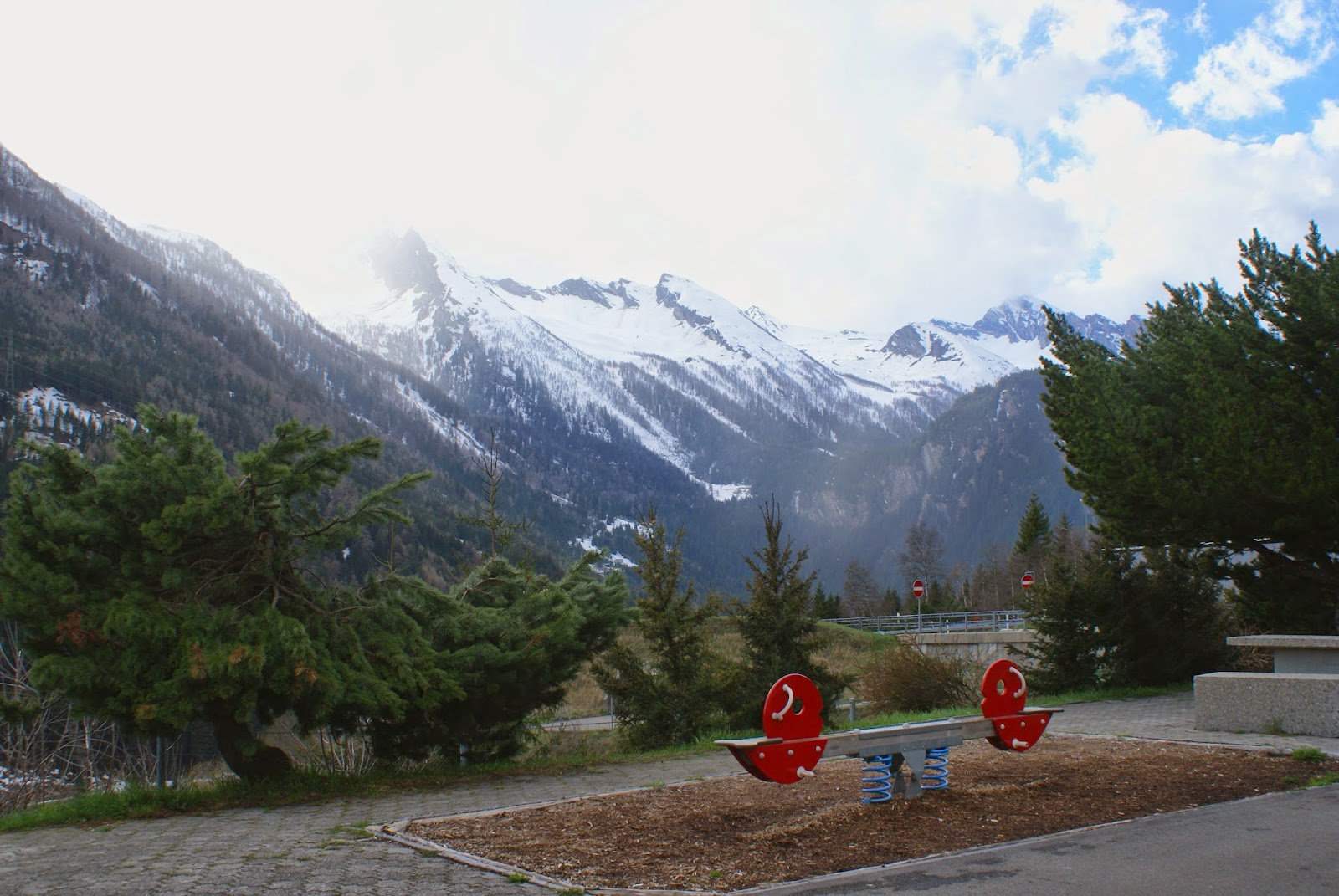 Basically, it's hard to go wrong taking your parents to Switzerland. Just beware the restaurant bills - ouch! For more Switzerland in pics go to our Swiss Facebook album and to watch the trip in motion, video of the Swiss Trip:


For other destinations in Switzerland:
A Base in Basel
Bern, Switzerland - City of Fountains

Email ThisBlogThis!Share to TwitterShare to FacebookShare to Pinterest
Labels: family, switzerland, Travel, Travel plans, Where to Take Your Parents in Europe

This video captured our trip to Switzerland and brought back great memories!!! You did a great job and I had no clue you and Ian could yodel so well!!