Eat the World (Starting with Berlin)


I had a really embarrassing moment when I tried to intern at a Berlin magazine. I had been in Berlin long enough to know enough, but there were still gaps in my knowledge.


"Have you been to the Rixdorf Christmas Market before?"
"No, where is that?"
"On Richardplatz."
"Where is that, exactly?"
"Neukölln. You know Rixdorf is just the original name of Neukölln, right?"

I did not know. And my cheeks burned with shame. Still do actually, when something I feel I should know is exposed. That is why I am always happy to expand my knowledge. Even better when it comes in the form of a food tour.

When I received the invite to join eat-the-world.com's latest offering in Neukölln I was ready for some serious eating and to learn more about our former Kiez. We had lived in Neukölln for about a year (among our kajillion sublets) and never felt totally at home here. The cemeteries are dreamy, the foreigner vibe - new and old - was strong, but it felt like a place between. I wanted to know more about its background, its secrets and possibly its future. Learning about its food seemed a good way to start.


We met our small group of food travelers, along with our guide Castillo, in Richardplatz. It was quiet and cheerful, an oasis in the chaos that is much of Neukölln. My only other visit had been when I eventually did visit that bustling Christmas market (easily one of the best in Berlin - even if it is only held for one weekend), but at this time of year - winter into spring - it was austere, tranquil, and still just minutes away from the noise that still rules much of Neukölln. Rixdorf was once its own small village, settled in 1737. On the square, you can observe humble Imbiss (food stands like the one behind Castillo in the picture above), grand villas, stables, a church, and a blacksmith right in the center.

That said - we did have one heckler who turned out to be just a loud local. Directing his dog (a German shepherd of course), he gruffly shouted at us as he walked by. It was up to Castillo to translate Berlinerisch to basically, "Hi. Welcome to my neighborhood." (Really - he wasn't swearing at us).

This wasn't Castillo's only skill. Coming from the unusual blend of Swiss-Mexican stock, he was charming, organized and always had a story. He elegantly guided us between restaurants, bakeries and cafes with many points of historical interest noted - large and small.

Taking a tour in the city you live in can be, well, boring. This was not. I was exceptionally pleased to learn so much about the area that reflected the changing nature of Berlin at large. Secret passageways into public parks, memorials I had never seen, medieval history and hole-in-the-wall markets (plus we got some serious street style for free).

The tour bills itself as "7 samples in 3 hours!" and it is exactly that. We had bite after delicious bite at 7 delightful establishments. I have been sworn to secrecy on some of the sites (book a tour to find out!), but here are my three favorite that best exemplified the area and Eat-The-World's Neukölln Food Tour: 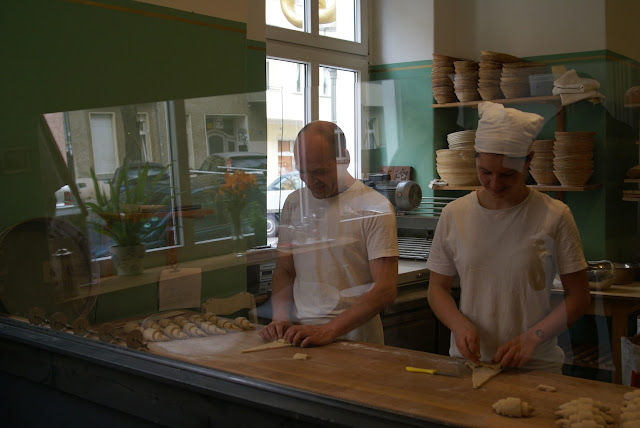 We started off our tour the German-Way, which is in a bakery. In case you were unaware, Germans are obsessed with bread. They literally eat it breakfast, lunch and dinner and get quite snooty about what "good bread" is.

I think most Germans would agree, Königliche Backstube makes damn good bread. Owner and master baker, Michael Köser, was on site and we got to watch he and his staff roll out croissants while Castillo explained his method of “slow baking”. Basically, this means handmade and giving the ingredients, like yeast, time to do their thing. If it results in bread that tastes this wholesome, nutritious and good for you, I am a fan.

Feeling very bad about leaving the kid at KiTa so we could eat, we bought her a roll and patted ourselves on the back. 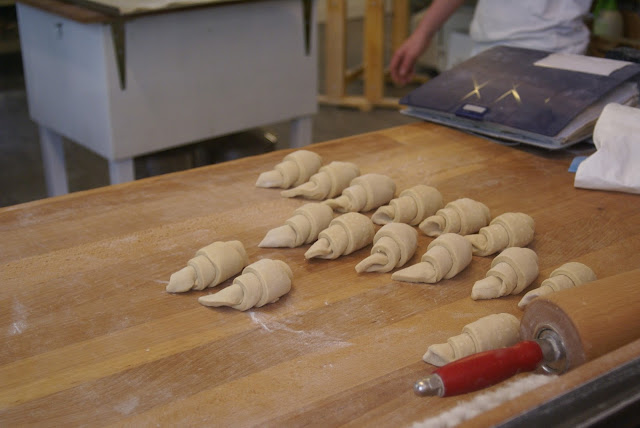 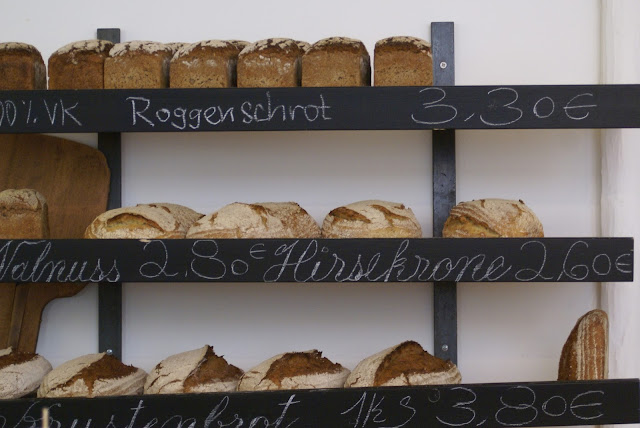 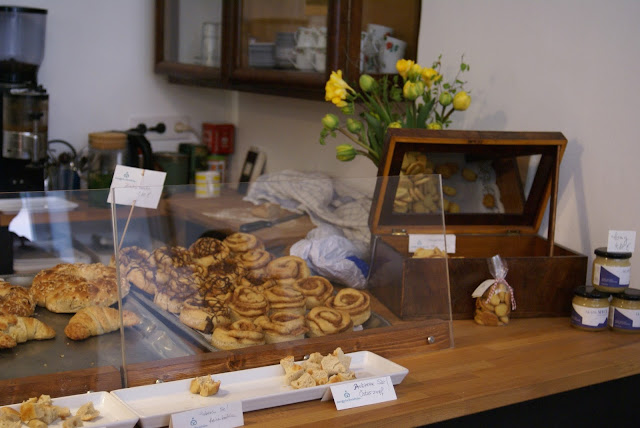 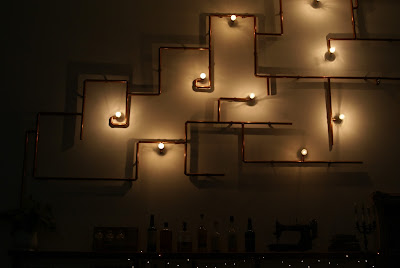 Berlin is a glutton for a good cafe, and Prachtwerk is one of the prettiest I've seen. The hipster vibe is clear through the massive windows, and upon mounting the steps you are enveloped in a moody warehouse space that looks a lot more polished than others in the city.

The star piece is the light fixture over the bar. Copper pipes twist and turn at 90 degree angles with little bulbs adding some utility. At one end there is a stage where they offer their (apparently) popular live concerts, like Wednesday nights' open mic. On another wall, there is a rotating artist wall. Everything looks unique and intentional.

Here, we ate cake, and it was good. I think I might have been a bit delirious with sugar at this point as all my pictures of the cakes came out fuzzy. You'll have to take my word cheesecake and fruit tart were crazy good. 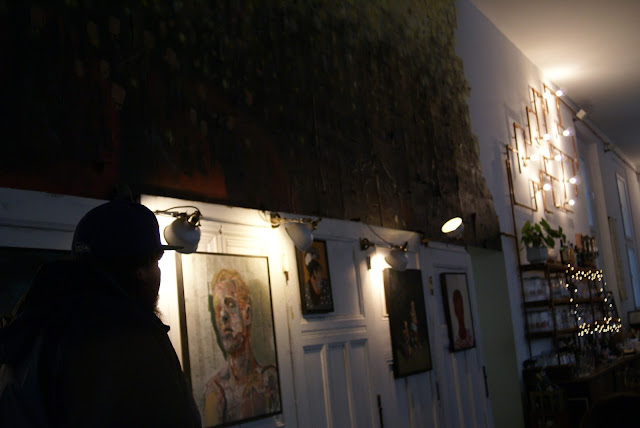 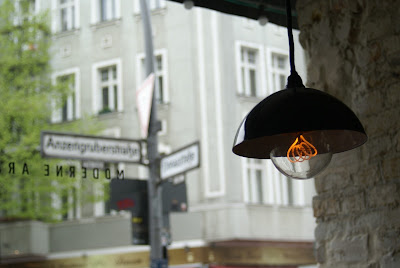 As we feasted our way through delicate cakes and vegan soups, I thought, "Neukölln's Middle-Eastern food has to be represented...right?" RIGHT. OS'Kitchen to represent.

They delivered a platter of falafel. I couldn't have been more excited. This is what I was looking for on a food tour of Neukölln.

And what a plate of falafel. Freshly fried, light and airy, perfectly seasoned. It came with a yogurt sesame sauce and red pepper flakes that gave all dual cooling and heat. They were perfection and I ate a bunch of them. No more dainty picking at a small piece, I WANTED THEM ALL and ate til I was full. 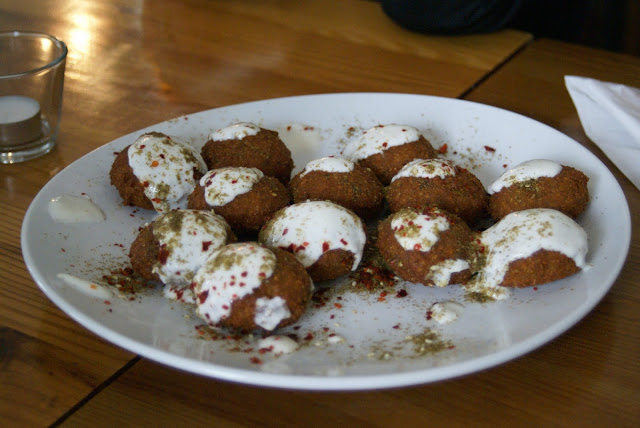 Other Sites on the Tour

Some formal stops on the tour, and some not, caught my eye and illustrated how interesting this Kiez still is. Gawd, I love Berlin. 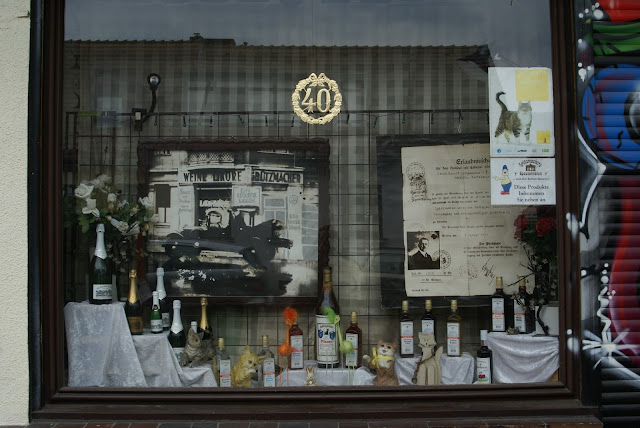 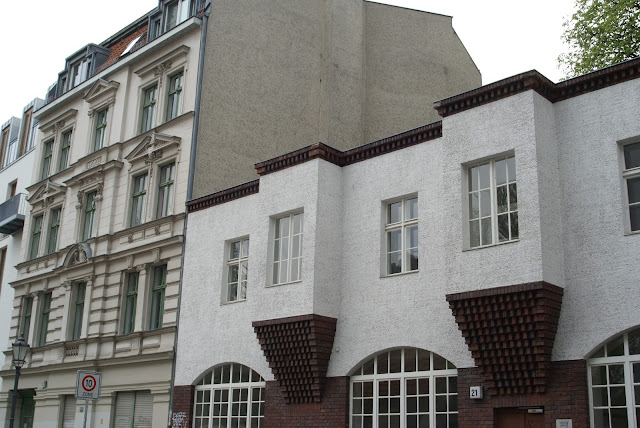 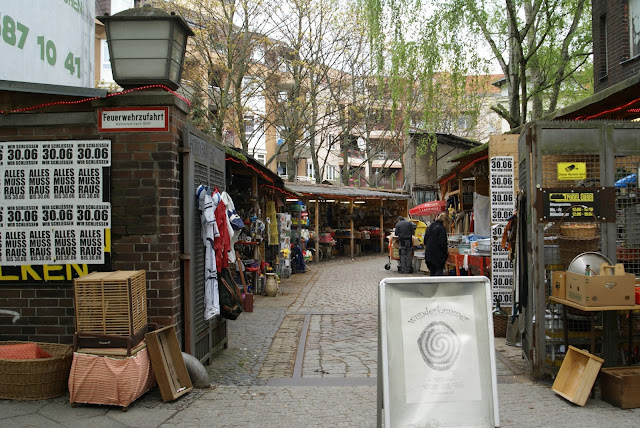 My only real critique is that there are a lot of nibbles with a number of (truly delicious cakes) thrown in. While you won't leave hungry, it may not feel like a well-rounded meal either. An easy remedy to the situation is to grab a Döner from the thousands of stands in the neighborhood. Authentic!

I highly recommend the tour to learn more about this area and get insight into makes it special. And all of the bites were truly tasty with some places earning a spot on my permanent eating itinerary.

Full Disclosure – I was offered this tour for free, but my opinions are entirely my own.
Posted by Unknown at 23:04