The Men in My Life


Saturday was Herr Mann's birthday! I always stress about doing something he likes and making it as fun, unexpected, and untethered from the ordinary as possible. I'm lucky he is easy to please, but I want to do more than he could possibly imagine.

I surprised him with candies (yes he's a diabetic- don't judge me) and treats all week, including some "American Instant Hash Browns". They came with the flag on them and in a squeeze container where you just add water, shake, and squeeze into a hot pan. Sound gross, but -as expected- Ian is pretty excited about them. 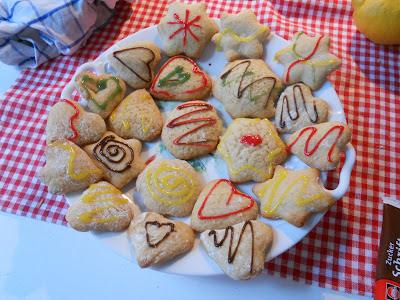 On Friday, after Ian left for class, I leapt into action baking up a storm. I had been gleaning information about his school all week & somehow he hadn't noticed. I was going to break into his Kita & surprise him. I figured out the tram, made my way through the construction, found the school, remembered the door code and found his classroom. I was sweating as I tried to explain who I was, but was well rewarded by Ian's total shock at my appearance. He woke one of his favorites (Darius) up from his nap & I got to meet a bunch of the kids. So little! And Ian is amazing with them, picking them up and teasing them. I wish I had his ease around kids. Stay at home dad Ian?

We left the cookies for the kids and I took him to lunch at Dolores. A little bit of Mexican food makes Mr. Ian smile. Berlin was on it's best behavior as we wandered around Mitte, passing the Dom. We picked up some ice cream & enjoyed a beautiful Berlin. 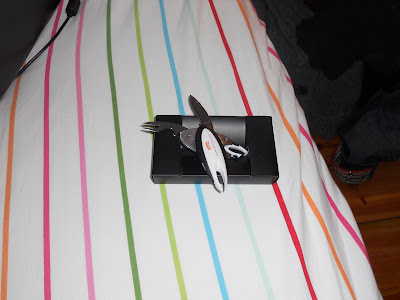 Later that night, as the clock hit 12, I brought out my trump card. A friend & I had visited the Currywurst Museum last week & while it was overpriced for the tiny display, I found the gift among gifts. Ian eats at this mom & pop currywurst stand most days that he is at class. At the museum I found a personal currywurst fork & knife set, complete with toothpick. I had to have it, it was perfect. I presented it and Ian marveled at the German engineering, design, and sausage stabbing abilities. I can't wait to get a picture of him using it.

For his birthday, we decided to throw our version of Das Perfekte Dinner. A popular German TV show- I am completely addicted and iIt is one of the few things I really try to understand (gotta work on that). A couple of friends have tried their hand at it to great success, and we knew exactly what we wanted to do. MEXICAN.

Several epic shopping trips occurred and prep began the night before the party:
But on the day of, there was a lot left to do.We made: 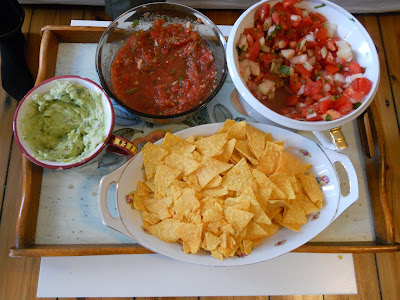 The next morning it was as if locusts had descended with nary a nibble of food to be had. Proof it was good, right? And we were even left with some awesome presents from friends- not necessary, but much appreciated.

Birthday weekend continued onto a Sunday in which we pretty much only left TV watching in bed to make nachos. I think that was the most I've slept in years. As I am usually the one making Ian get-up, it was my final gift to him to let him have a lazy, sleep in day. 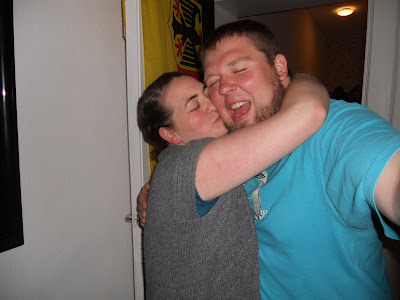 All in all- smashing success! Laughs were had, friends were fed & entertained, drinks were drunk, and loads of food were consumed. You've got 5 months Porter to get my Bday right. You better bring it.