Life by Bike in Berlin

We aren't what you'd call "serious bikers". A German friend that commutes by bike bemoans this time of year when the weather turns glorious and the lack of hills lulls the most amateur of amateurs into thinking they're a pro. "That's us!" I said proudly. We buy our bikes at flea markets for under 50 euro and the sole deciding process is:
That 's how we ended up with 2 ladies purple bikes. We're quite  a sight to behold.


But biking here is irresistible. Seattle - for all of it's calls of "green-friendly bike city" - requires serious discipline making it up ferocious hills, braving narrow streets, and aggressive drivers. We just can't hack it there. But Berlin is (mostly) devoid of hills, has wide bike-laned boulevards, and if not joyous car & pro bike drivers - they are accepting of their fate in sharing the road.

So spring is here & we've taken to the roads. Rapturously, shakily riding the streets of Berlin. And what a lot there is to see.

The Wasserturm, Berlin's oldest water tower, was completed in 1877. This site is a symbol of the neighborhood,  Prenzlauer Berg, and has an interesting history.

The Jewish community is still a fragment of what it was in Berlin before WWII, but all the time you run across reminders of it's once prominent place in the community. 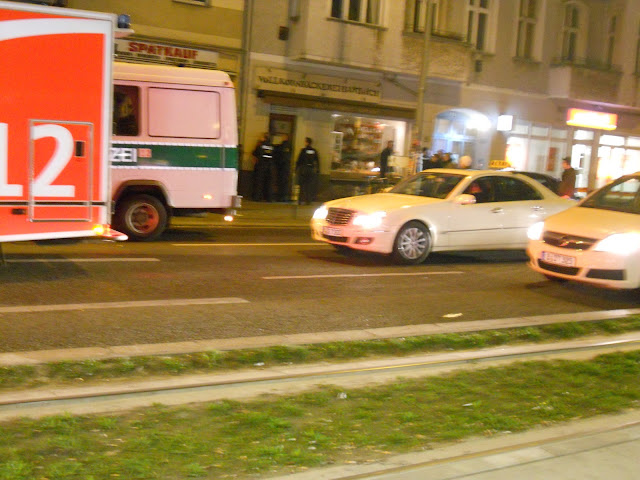 Quiet in these pics, Mariannenplatz is covered in people for MyFest (MayDay). An old hospital dominates the square and hosts art events. 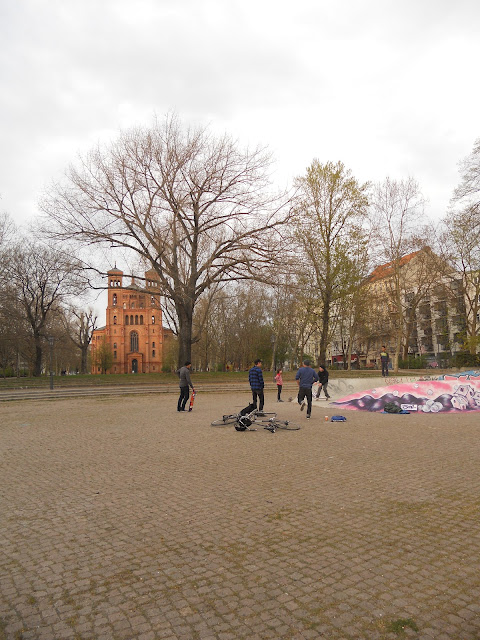 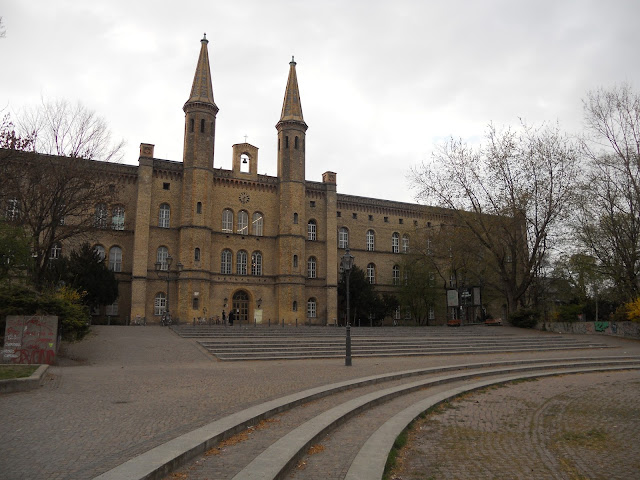 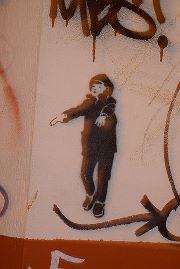 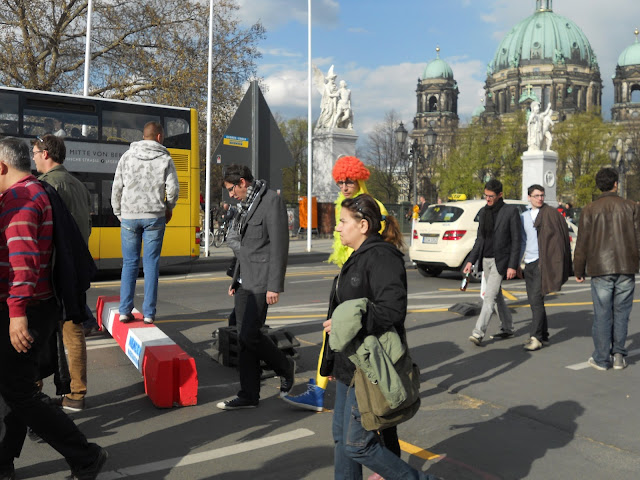 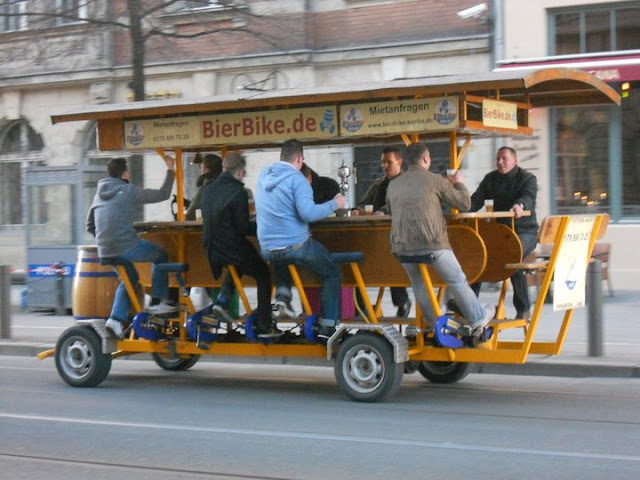 My parents were intimidated by a protest in Bratislava, but it's hardly a day in Berlin without a call for social reform. 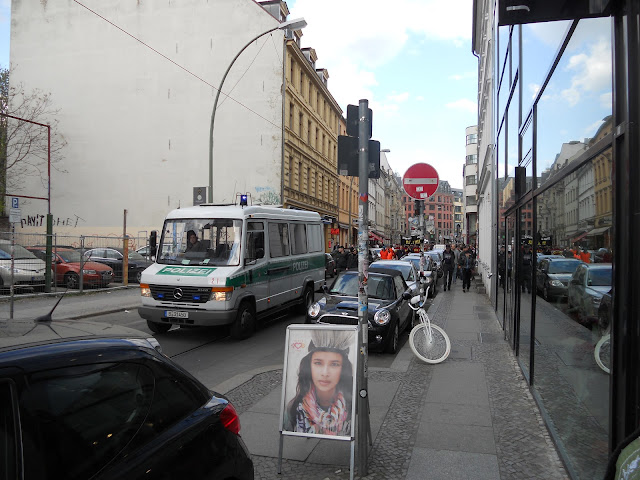 ...and awesomely weird public art! Ian passes this place on his commute to work everyday. We had time to make use of it on our bike ride of leisure. 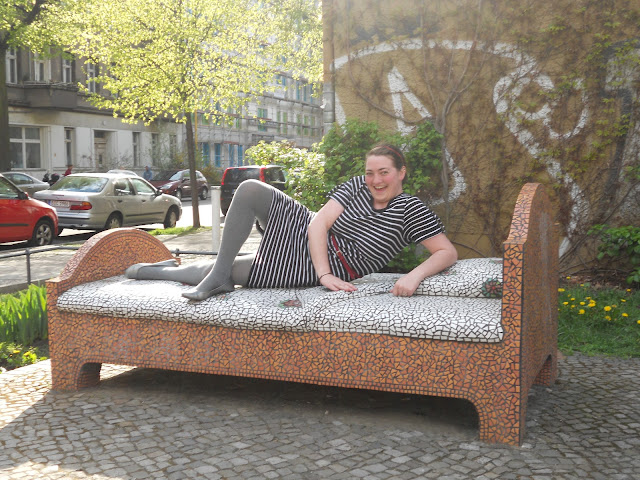 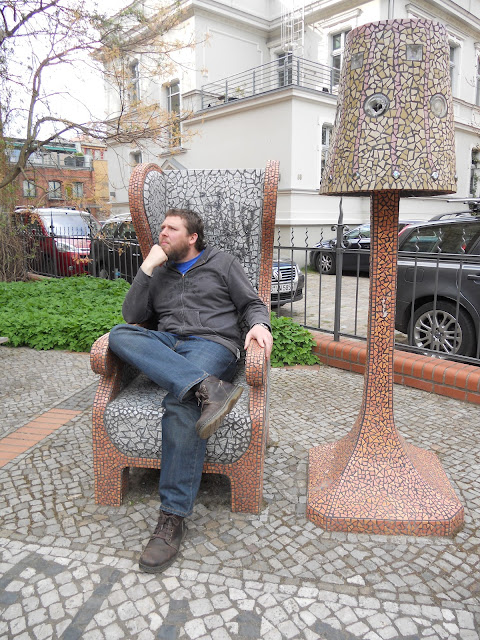 The city has inescapable history. The Gedenkniskirche isn't the only bombed out church. This little lovely is up by Weißensee
. 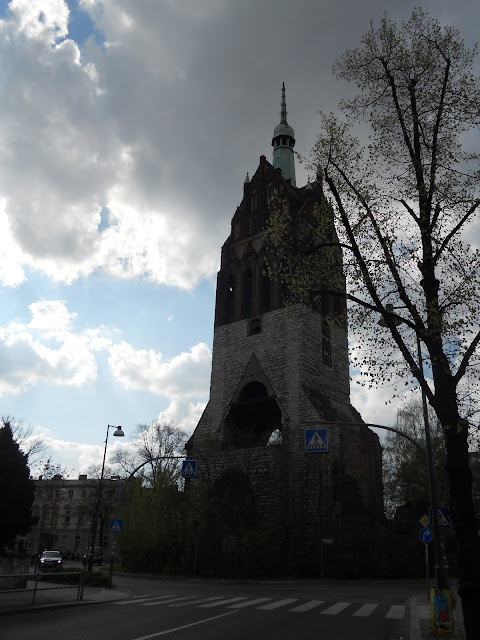 In spite of our continual jabs at Wedding, we are starting to really like our neighborhood.

BIG plus - we found a swimming pool with slide 5 minutes from the house. I think our summer plans are established. (We went, we swam, we conquored) 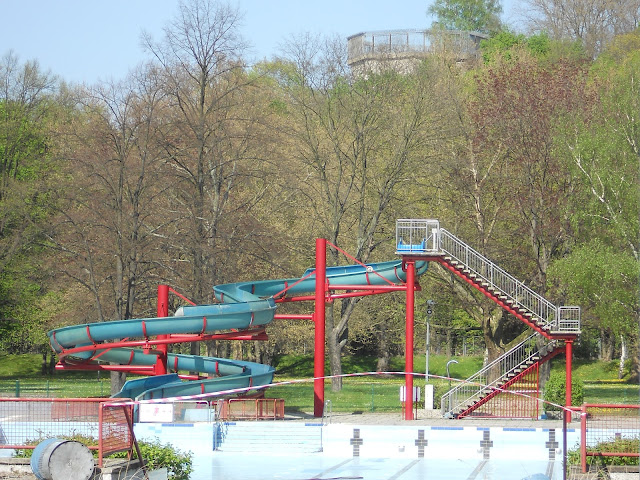 Fallen in love with our nearby park. And old people being all cute.

You can barely make out people on the grass past the trees, but they are hilarious. This large group of older Turkish gentlemen appear frequently and play bocce ball - cursing all the while.

These are just tidbits of what we've seen this spring in Berlin with more and more places added to my listing of favorites: In Love with Berlin.
Posted by Unknown at 14:17

Cool photos. I like to travel with my bike, but I've never thought that Berlin was a good place to ride. I'll definitely have to look into it for my next trip.

Yes - Berlin is amazing for bikes! I prefer it over nay other mode of transport when the weather agrees.