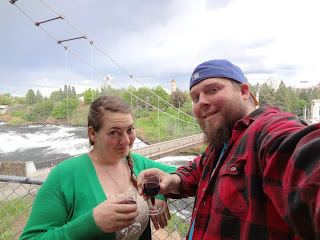 I've covered the Christopher Street Day Parade on this blog before (A Gay Affair 2011), wrote a post on the work blog about this year's event in Berlin (Gay Pride: An Expat Celebrates Berlin's Christopher Street Day) and waxed on endlessly about equality in person. But this month, LGBT Pride Month, my cup has truly runneth over in gay lovin'. Let me count the ways...

On our trip home to America, we proudly returned to our home state of Washington which had legalized same-sex marriage (Details here.)


We gained a new dad! Ian's dad got married to his partner and though he worked us like dogs getting ready, we all partied like rock stars on that happy day. Congrats Dandy!

Our return to Berlin rudely overlapped with Ian's 30th birthday, so we spent his special day in the air. Not ideal.

What did work - 2 parties! One in Seattle & one in Berlin. The second party just so happened to coincide with Christopher Street Day Parade so we spent the day amongst thousands of other jubilant people.


More pics of the celebration (and penises! Or penes? Or peni?) on our Facebook album Ian Becomes a Man at the CSD Parade


As if we couldn't be joyous enough, the USA did us proud overturning the repugnent Defense of Marriage Act (DOMA). What does this mean? Roughly, from US News


"The victory means the federal government must recognize the marriages of gay and lesbian couples married in the 12 states that allow same-sex marriage, plus the District of Columbia, and give them the same benefits that they had been previously denied under the struck-down law, the Defense of Marriage Act (or DOMA)."

Don't be fooled that the fight is over, but let's take this moment to recognize our happiness.


Let's make this a good month,
a good year,
a good future. 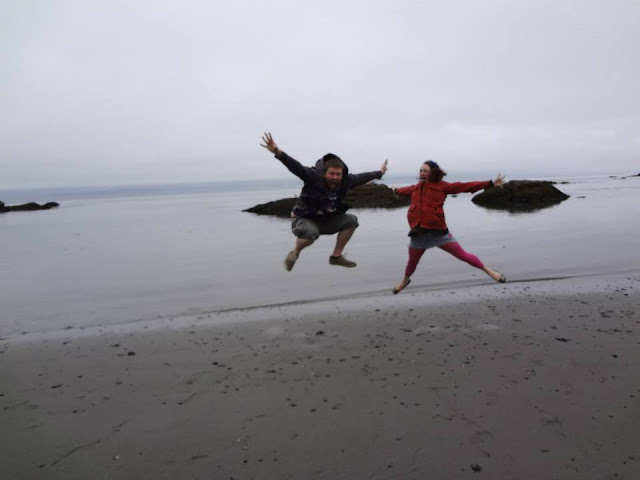 Don't forget that California proved it really ISN'T the least progressive state in the union - with a little help from the SCOTUS. :)

I have to say, you two are a lot of fun!

The States are finally doing us proud Natalye! We are very proud to be native Washingtonians.

Thanks Eileen! We are having a good time (most of the time) and I love to commemorate it. All the better when it is paired with good stuff for humanity.

Tolerance = the most important virtue.