Growing up in Washington State, trips to Leavenworth are practically mandated. Christmas, summer, or for one of the largest Oktoberfests in America (not quite like the real Oktoberfest). It's cute. It's kitsch. It's a tourist attraction. 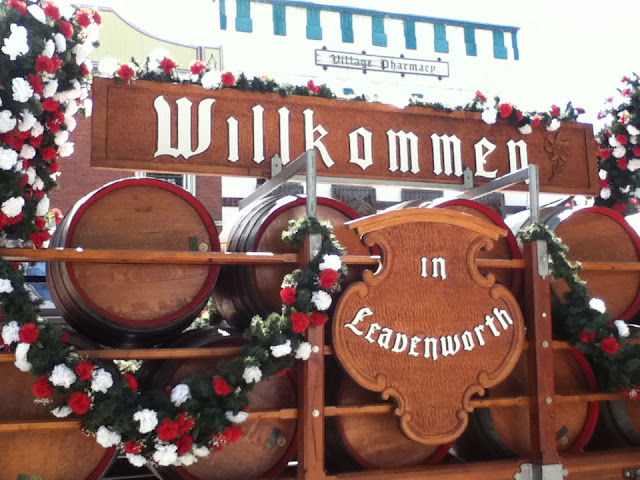 Talking to some Europeans, it's hard to properly emphasis how very young our area of the ole US of A is. Located up in the far NW corner, the first major route from the east coast arrived over 100 years after the nation was born (Declaration of Independence in 1776; first route across Stevens Pass and the Cascade Mountains built by the Great Northern Railway in 1892). Of course the land was already occupied by some adventurous settlers,  and the native people we were plotting to kick off their own land. But at this time, the tribes of the Yakima, Chinook, and Wenatchi co-existed from Lake Wenatchee to the Icicle Valley.

The town of Leavenworth was one of the towns settled along the railroad route and on the Wenatchee River. The Lamb brothers, Lafayette & Chauncery, arrived in 1903 and built the second largest sawmill in Washington state which catered to the small timber community. Leavenworth grew and prospered...until the railroad relocated to Wenatchee in the 1920s. The failure of the sawmill and logging industry hollowed out the town and Leavenworth was looking at certain, yet slow, extinction.

In 1962, Project LIFE (Leavenworth Improvement For Everyone) Committee created an absolutely looney, last-ditch plan to save the town. Picking a theme from the pristine backdrop of Alpine mountains, the town re-modeled completely as a Bavarian village. A themed town had been done before in towns like Solvang, California, and at this point it was worth a shot.

Thus - Leavenworth, a Bavarian village in Washington, was born.

Even crazier, the plan worked! A complete renovation of all existing buildings created a charming downtown, even of the Safeway and fast food locations. In addition, many shopkeepers took to wearing tracht (traditional Bavarian wear) like lederhosen and dirndls. The city also started hosting German-themed events like Maifest and the Christmas Lighting Ceremony.

The town doesn't get everything right as far as authenticity, but what they do excel at is German cuisine, beers, and charming atmosphere. It was even named the "Ultimate Holiday Town USA by A&E".  It can be too crowded (watch out for holidays & festivals where absolutely everything is booked at twice the price), but this holiday destination - just a short drive from Ian's & my hometowns - is still a favorite. 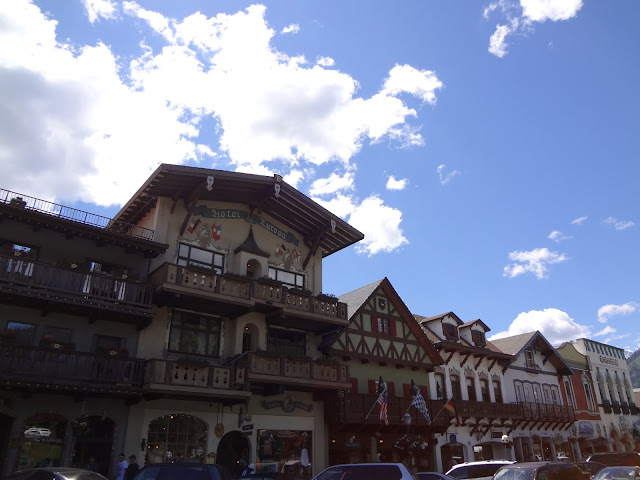 Besides the charming town itself, especially the one main street, there are several shops and attractions we recommend you visit.

This hillside village is nestled among the glorious Cascade Mountain Range. Lovely sight anytime of the year, these are some of the closest Seattle slopes for skiing (even though Ian & I just spent our first ski trip in the Czech Republic). For skiers in the area, consider Stevens Pass. The area also features some epic white water rafting. 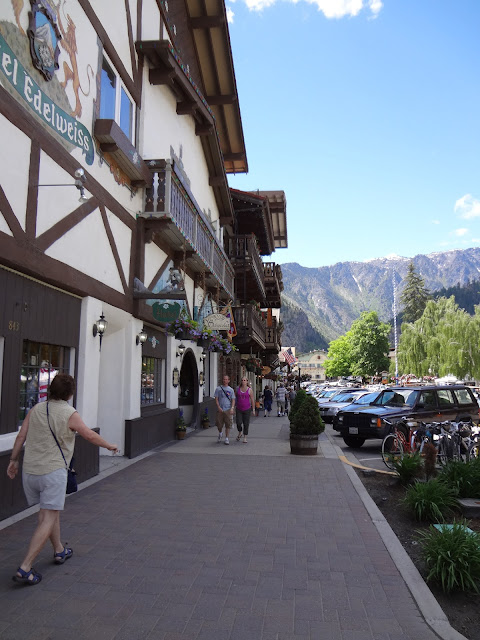 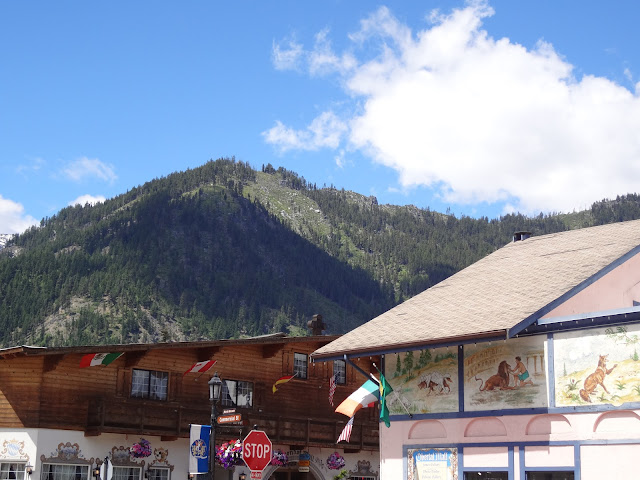 Ah, the pavilion. The wondrous sounds of polka are being pumped through the speakers during most of the day and you can wonder on this side of the street for the hodge-podge of art sellers. Interested in a picture of a sailing eagle? It's here! Kittens playing? They got it! Majestic orca in the Puget Sound? You bet'cha! 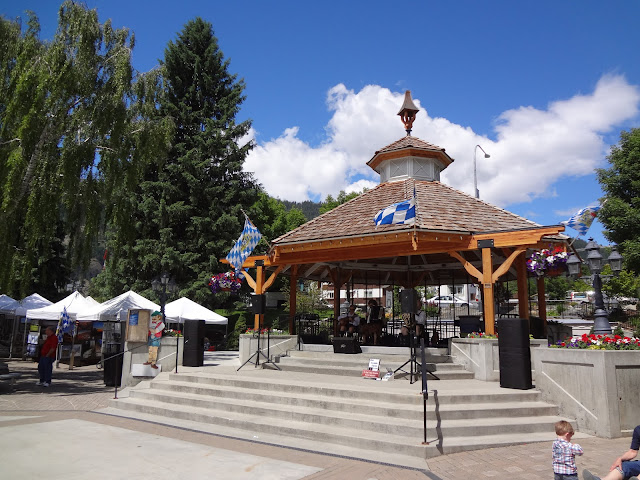 Whenever the speakers do take a break, it is for a live band. They make surprisingly frequent appearance and are also - usually - of the polka variety .

Sometimes, it's more than a little odd.

A perpetual favorite of children and adults (or at least adults like us), the hat shop is a mandatory visit. Pictures are allowed, so no shame in modeling fine head toppings like this - 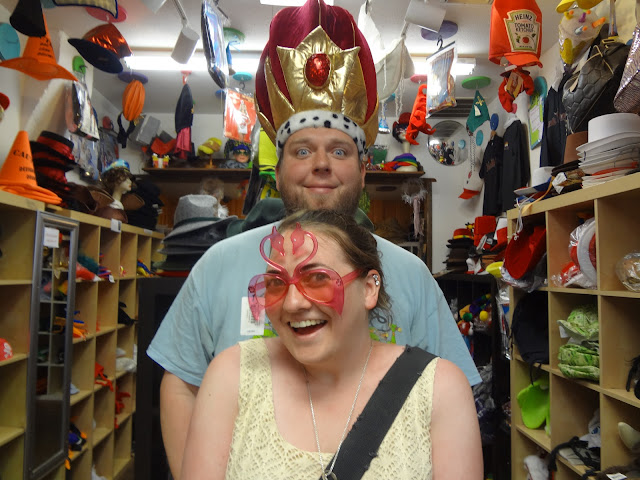 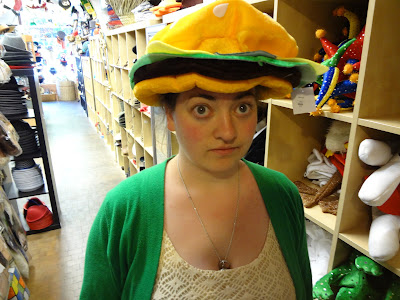 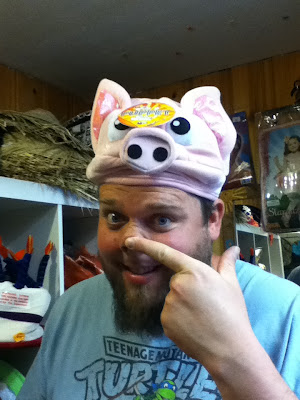 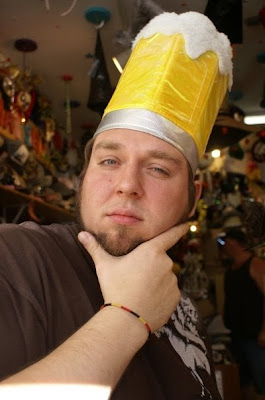 There are a ton of cute/touristy stores on the main street so go in and conquer!

I remember when I was a kid and the number one thing I wanted for Christmas was a nutcracker and a rectangular box appeared under the tree with nutcracker paper so I immediately yelled out "Nutcracker!", to which my mom accused me of peaking. I am setting the record straight right now - I did not peak, but I am also not an idiot.

Now, where was I? Oh yeah -
Leavenworth is also home to the Leavenworth Nutcracker Museum which is a big deal for some visitors. It contains more than 5,000 nutcrackers dating from prehistoric to modern times, so if you need some nuts cracked or like little wooden men around your house, take thee to the Nutcracker Museum!

Understandably, we weren't in the mood to sample the wonderful German food. We wanted pure Americana In Our Mouth for the entirety of the trip back to the States.

We recommend the popular biergarten in the corner for a pretty close to authentic experience, Baren Haus, and Gustavs - but really most places will satisfy. Authenticity is suspect, but Leavenworth is for fun - not to substitute for the real Germany. 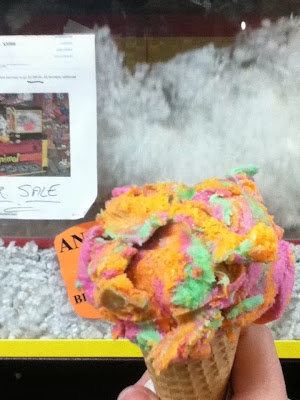 Another attractive feature of Leavenworth is that is often the gateway to sunny Eastern Washington for us soggy West-siders. Grab an ice cream cone & enjoy!

Note that prices for hotels go way up during Oktoberfest and the Christmas Lighting Festival.

We've stayed in the Icicle Inn from time to time and actually gotten some great deals in off-season.

Our friends just got married outside of Leavenworth in the even tinier town of Plain. The setting at Mountain Springs Lodge was simply stunning with a variety of lodges on offer.