Even though Ian & I are native Washingtonians, we have never been tempted to actually visit Spokane (pronounced Spo-Can or SpoCompton for those in the know). It is 92 miles (148 km) south of the Canadian border, 20 miles (32 km) east of the Washington–Idaho border, 196 (315km) miles east of Yakima, and 232 miles (373 km) east of Seattle. Located past a long and desolate stretch of road, whether you are coming from western or central Washington, Spokane is simply out there for most of us.

However- as the second largest city in Washington, it is home to a lot of Washingtonians. For the over 200,000 people that live here, the city is home to attractions like "Spokan Falls", a growing microbrewery scene, and the prestigious college, Gonzaga University.
We didn't know if we would like the city, but it worked into our plans of a road trip to Silverwood theme park onto Montana. We gave the city a chance, and were surprised by what we found.


What do you do when you arrive at a foreign city? We usually do a lot of research, stop at the local tourist office, and get a map. So even though it felt silly to stop at a tourist office in our own state, we went. A small sweater-ed dog, an overwhelmed couple of tourists, and an aggressively friendly tourist office worker greeted us. This little lady had pamphlets galore and regaled us with tales of what we could do in Spokane as if we were spending weeks there. 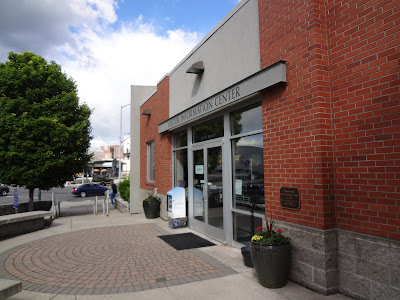 ‎
http://www.visitspokane.com/
We relied on GPS to get us to the office, but there was great signage off the freeway. There were also several hotels within the vicinity including a Travlodge at about $70/night and a Days Inn for $50/night. The Visitor Center was extremely helpful in offering different prices and options.

(p.s. we took the cheaper option and if a bit trashy, it was clean, safe, and had HBO so we could watch Game of Thrones that night. WIN.)


After checking in at our cheap - but adequate - hotel, we hit the town on foot. I was instantly interested in the signage, architecture, and central park. 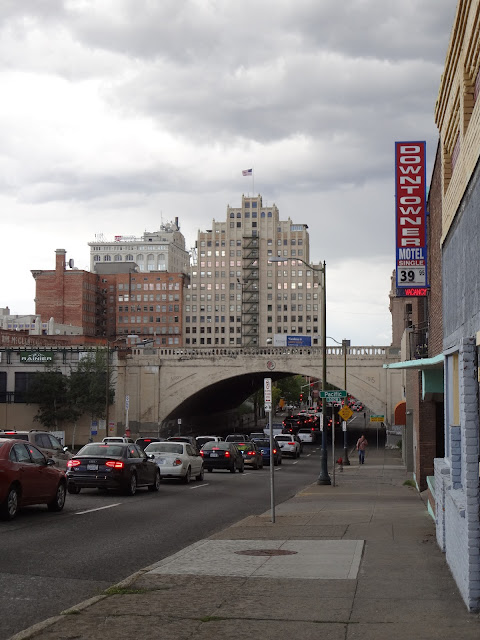 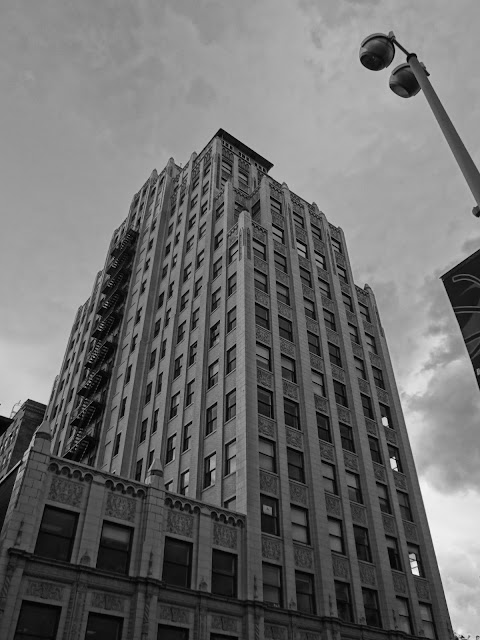 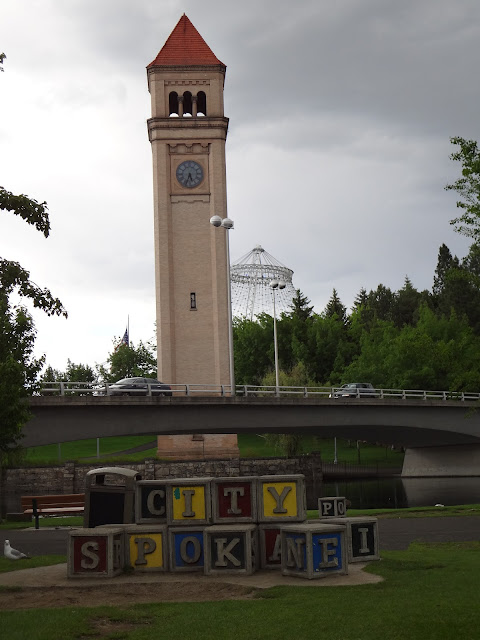 Arriving in Riverfront Park - armed with our guides from the tourist center - we read about the playful statues among the greenery in this downtown park. 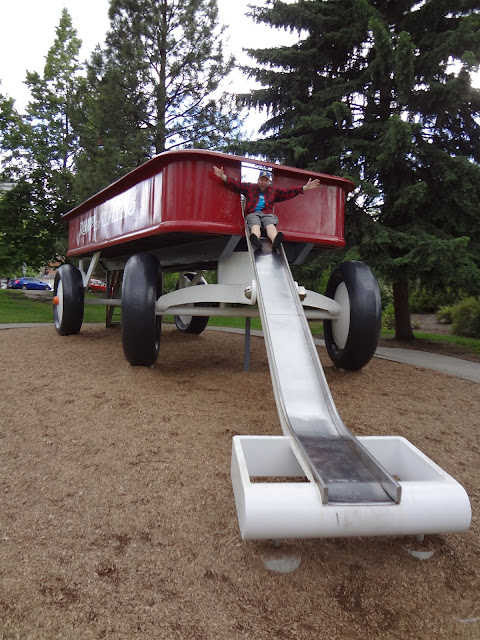 The park is known for the Ryder wagon slide, giant blocks, garbage eating goat statue, carousel, multiple statues, and bell tower, but I was taken by the beauty of the park itself. It was lovely! 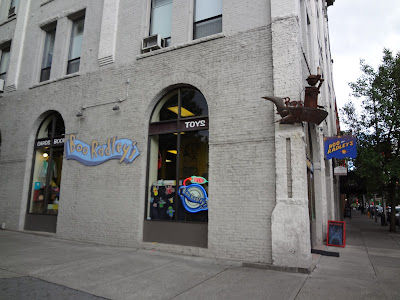 And then we came upon the toy shop Boo Radleys. What...is...this? Similar to Seattle's Archie McPhee, this toy shop is clearly for adults. Sasquatch T-Shirts, faux log airplane pillows, WA state stickers - yep, we bought all three of those things. But there is so much more! If you are looking for brilliant books, silly gifts, or just want to wander around and feel like there is a little more fun in the world - go here now! (Or just visit virtually http://experiencespokane.com/booradleys/)

Extra points for being able to reference that name...just kidding! (*answer below if you must know) Any high school graduate should know which book this name refers to. Or wait - do non-Americans read this book? Leave your comment below. I am legitimately curious.

We spent so much time at Boo Radleys we arrived at the city's main attraction too late. Spokan Falls (not a typo, this is how the town name was once signed) SkyRide takes you over the majestic falls. This 15 minute ride was apparently named "One of the Top 12 Scenic Cable Rides in the World" in 2013 by Conde Nast Traveler Daily Traveller and MSN. (ohhh - fancy). It also closes at 6pm. Boo! Ah well, we enjoyed the falls from the ground. 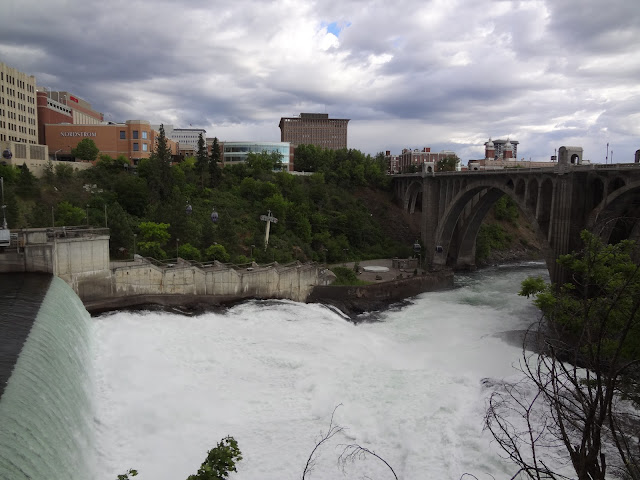 Among my favorite pieces of literature we received from the tourist office was a history of Spokane. It included a lot of interesting info, as well as a line about "...the year 1889 was notable for Seattle and Spokane as they both experienced horrific fires..." 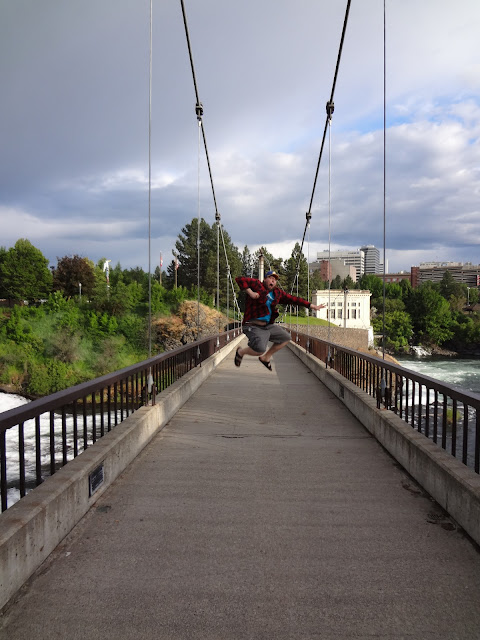 We trekked back through the park and past the lovely Gonzaga campus for beer. The same sweet Tourist information lady had informed us about a brewery known as Lo-Fi and we were hell bent on making it, even though we had wandered first in the opposite direction making the walk about 45 minutes. 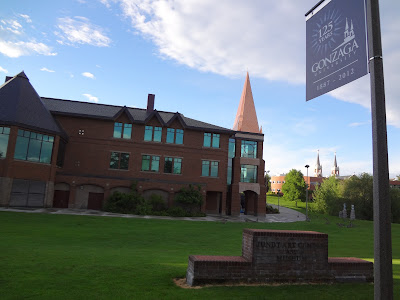 What are these? Golfers? Groudhogs? There were tons of 'em. 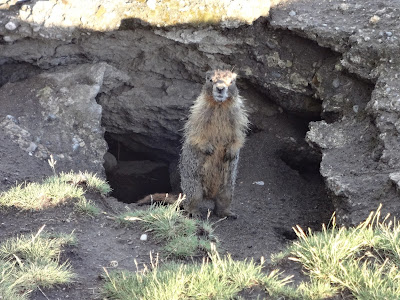 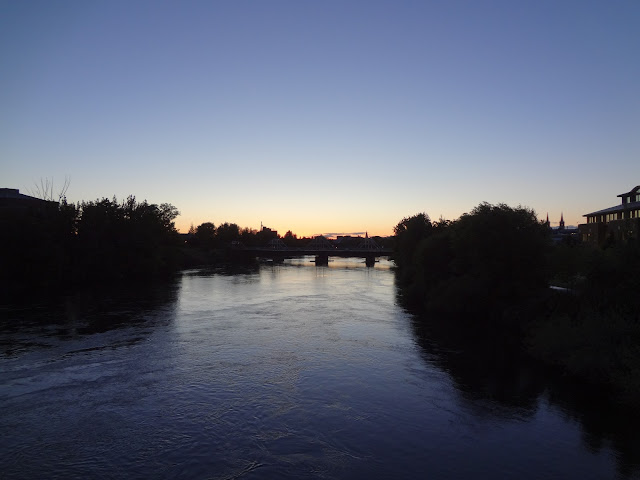 With our feet rubbed raw and feeling grouchy from a longish walk, we finally made it to the NoLi Brewery. Once again recommended by the lady at the tourism office, it is located within a mall-like building with several other businesses. I was skeptical. But the menu laid out their story, prices were fair, beer was strong, and there was a sampler. Now here is a happy camper:

(For the rest of our trip we saw this beer in grocery stores so if you can't make it to Spokane - get it at the store!)

A stop at a college-like bar broke up our trip home and allowed us to listen versions of "Gangnam Style" on loop, accompanied by locals dancing. It was weird. And funny. Felt like we were right back in college.

There was a plethora of bar options but we chose Fast Eddy's for it's red nose signage. Classy! 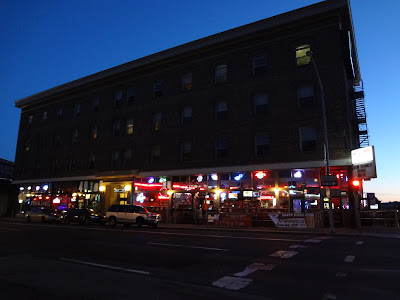 We turned in for the  night in our cheapo hotel, tuned into HBO's "Game of Thrones" Red Wedding (I KNOW!), and realized SpoCompt - I mean, Spokane - might not be that bad. 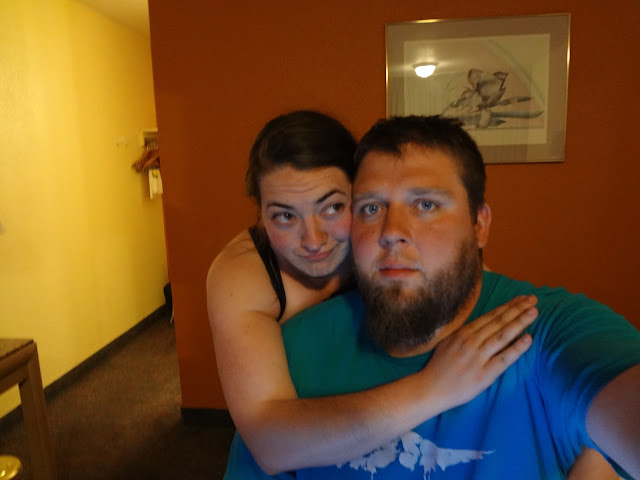 *Boo Radley refers to the mysterious character in To Kill a Mockingbird.

Facebook Pics of Seattle Loving
Posted by Unknown at 21:17

Those NW ground hogs are marmots - and they're found all over the northwest (and probably other places, too!). Good article. Your father (who only comments to me and never to the web) enjoyed this post and laughed at several appropriate spots. I knew Boo Radley - he didn't! Both of us (and Gavin) loved seeing Ian on the slide. Gave me a new appreciation for Spokane, not that I'll be hurrying over there anytime in the near future, though!

Thanks mum for the clarification on marmots. What a fabulous word for rodent (this coming from a person who intentionally keeps rodents in her home aka bunnies). Glad y'all enjoyed.

Thanks C N Heidelberg! Like I said, Spokane doesn't have a lot of West Side (WA) fans, but we found a lot to love.