I'll admit it. Us Western Washingtonians can be a little snooty. The Cascade mountain range that 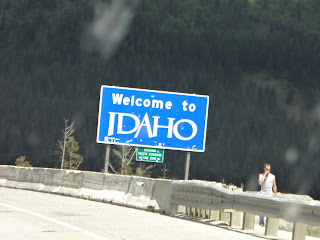 separates our state is the marker of a different climate, both meteorological and socially.

It's a common perception that it just gets worse the further east you go. Thus our trip to Spokane resulted in comments like

"Spokane? Shit that town is sad. What the hell are you doing there?"

But we've increasingly become aware how limited that viewpoint is (especially as Mr. Mann is from the East Side & doesn't appreciate any condescension from me or my people). We set out to find what was wonderful about Eastern Washington on our trip out east to Montana and were pleasantly pleased with our discoveries.

Apparently this region has taken the name of the "Inland Empire" a mountainous, forested, region at the crest of the Bitteroot Range of the Rocky Mountains. Difficult to pronounce Coeur d'Alene (KORR də-LAYN) is also known as "Lake City," or simply "CDA". It is only the 7th largest city of Idaho (we would have thought it was much higher on the list) with a population of 44,137.

We stopped here for convenience (it was on our route back from the East) and because of it being the closest city to Silverwood Theme Park (my amusement park addiction is getting serious: EuropaPark, Disneyland Europe, Disneyland).


The city is a destination for many people lusting after sunny water sports in soggy Western Washington. The place is full of resorts and condos, and the massive lake Coeur d'Alene itself. We only did a stop by, but I was impressed by the beauty of the lake, if not the condo culture.

And as a city in largely conservative Idaho, this is a bastion of a more liberal environment in the area. We stopped at a coffee shop for a refuel of caffeine and could easily forget we weren't in Seattle. 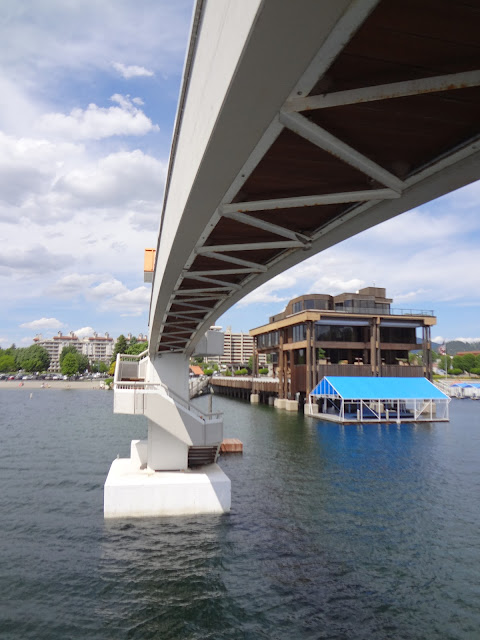 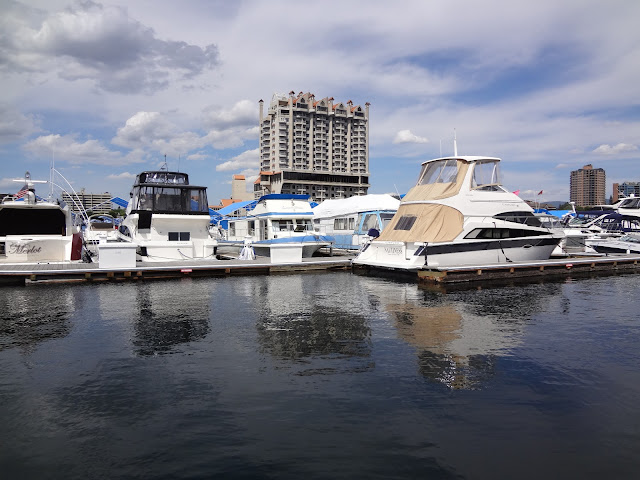 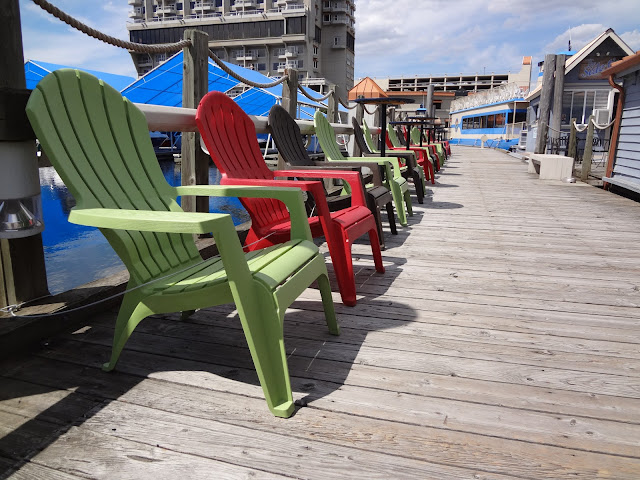 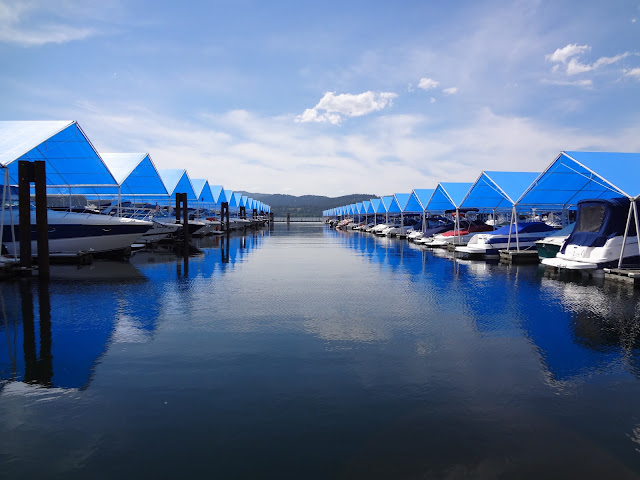 Just like in Spokane, we wandered into a random toy store and were surprised. This time - with water balloons. What to do with a water balloon?......


Erm. Yeah. Good thing neither of are reliant on our throwing skills for an income.


We were lucky enough to wander into this old-school burger joint with an exceedingly simple menu. Your options? BURGER. If you are really hungry - there is a double. Luckily, a burger is the only thing you need.

We grabbed a seat at the counter and were immeaditly enveloped into this friendly neighborhood atmosphere of old-timers, regulars, and friendly staff. We watched in awe as they added the only toppings Hudson's approved: fresh sliced pickles, onions, american cheese plus three house sauces on offer.

So how did it taste? Like America. We could have eating this for every meal on our trip back and been in heaven. And maybe a taco or two... 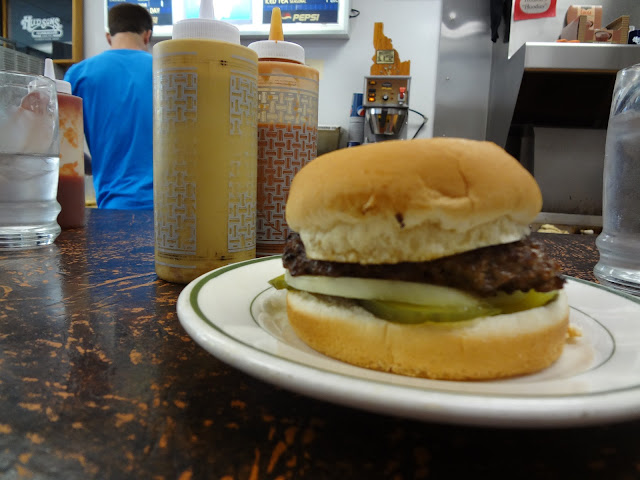 This place is so retro fabulous, they don't even have a website. Just go. 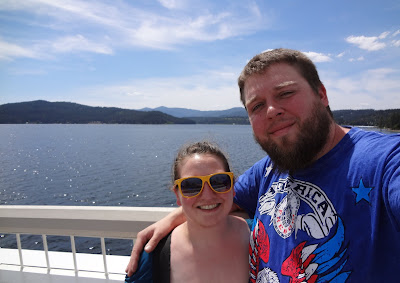 So what did we think of Coeur d'Alene? Visit approved.

As we drove through Idaho on Interstate 90 on our way to Montana, we drove past a town that looked so cute and quirky we vowed to stop on our way back. Clearly, the place was worth a second look. 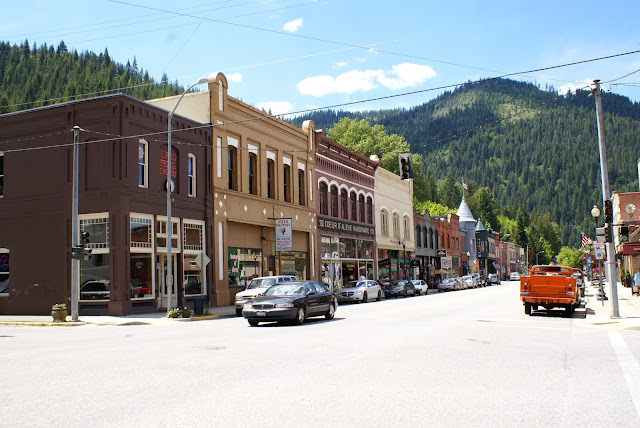 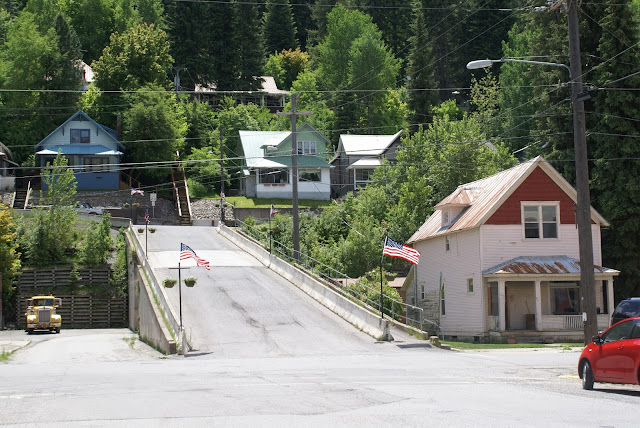 Full on Americana, we immeaditly fell in love with this historic town in an old silver mining district.
While many of the old towns have floundered and been all but deserted, Wallace maintains a charm that is hard to ignore and has banked on it's past with a museum, an old brothel tour, and a historic train to the top of mountain. In 1979, the downtown Wallace was listed on the National Register of Historic Places as a historic district

Our first stop on this sleepy weekday was the cavernous antique store that use to be the bank. We were the only ones in there, and the shopkeeper was eager to chat.  As we had come to find from every other stop in Idaho, people were friendly, curious, and direct. I left Ian to repeat the story of where we were from and what we were doing here in Idaho and wandered the extensive collection. 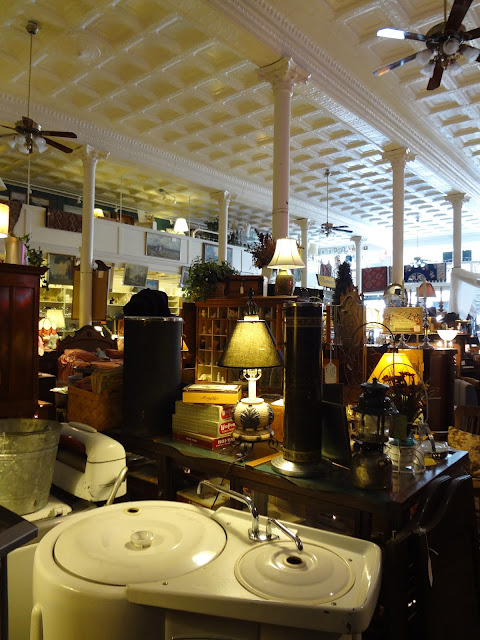 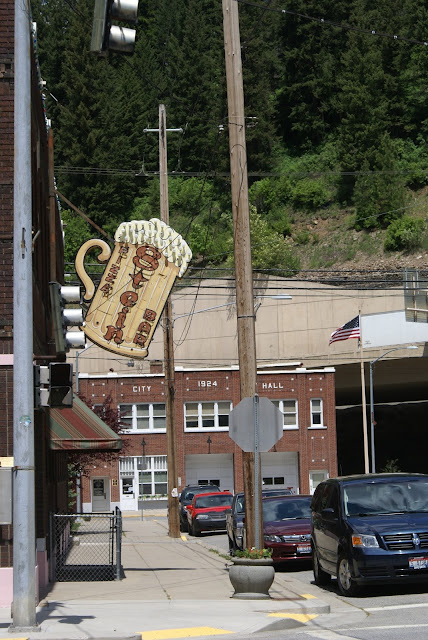 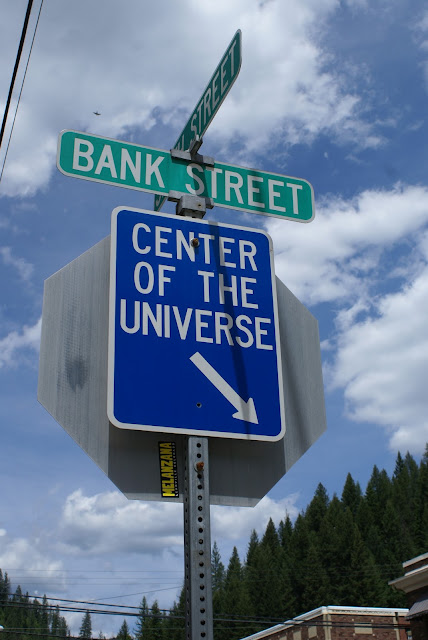 Along with the spaceship motel, we noticed a sign (literally) that proclaimed Wallace was a little different. Mayor Ron Garitone proclaimed Wallace to be the center of the Universe back on September 25, 2004 and a sign had been installed to direct visitors to the site. A special manhole cover was made to mark the spot and a celebration takes place on the third Saturday every September.

At our next stop we knew exactly what we were going to buy - a growler (64 U.S. fl oz glass jug). The Northwest is a a boozey minefield of breweries and we always carry an empty growler  in case we spot somewhere to fill up. We saw Wallace Brewing on our way in and thought it looked like it had the taps we wanted. 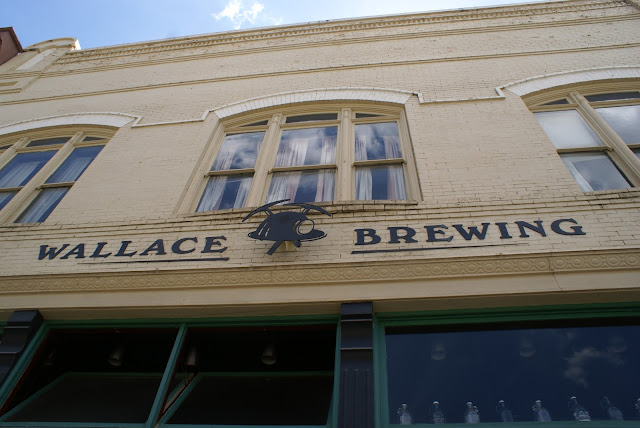 They had just opened and brewing magic combination of smells. The stank of hops greeted us at the door with the brewer meeting us to chat about where we were from (once again), German beers, and growlers. The copper brewing vats could be seen taking up half the room with a glass divider topped by growlers. We saw the Ram, Mac & Jacs, Iron Horse and other favorite breweries and bars but not Snipes, the growler we had with us. He offered us a trade of our growler for a fresh one of his and we went away with a new growler, a new beer, and a new stop on the NW brewery trail.


More Breweries of the Northwest 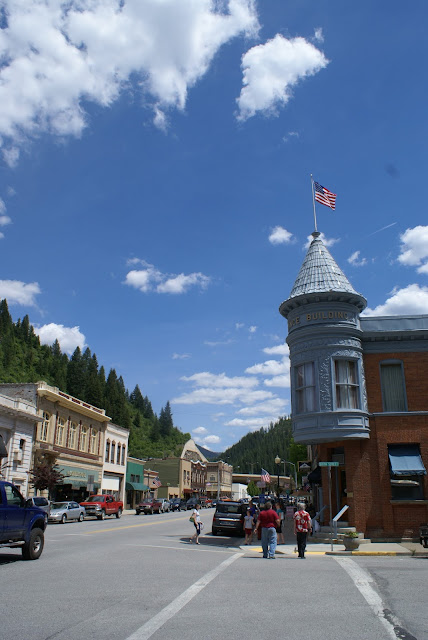 A friendly towns person told us that Wallace is a "red cup town", which apparently means open container is a-ok here (open alcohol on the street). Another interesting note about the town is that
it was the filming location for the disaster film Dante's Peak with the large hill southeast of town digitally altered to look like a stratovolcano. One scene shows Pierce Brosnan driving a pickup down Main Street to escape the volcanic eruption.

This small town really has it all.

Facebook Pics of Seattle Loving
Posted by Unknown at 13:50

I am glad you challenged a few misconceptions and had a good time as a result! I love that pic of all of the chairs lined up, looks like a place to waste some time!